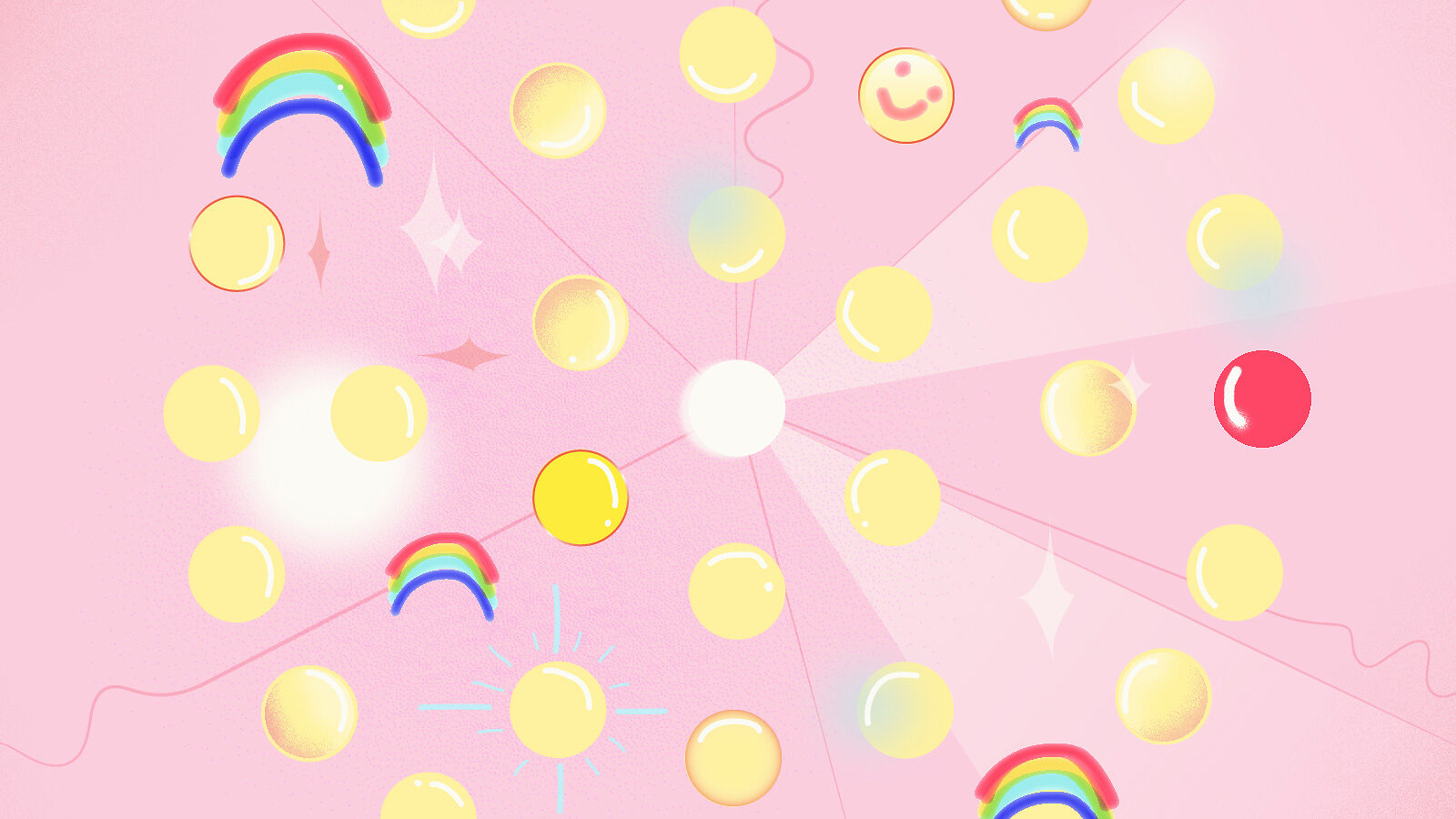 By Amanda Solliday and Kathryn Jepsen

What physicists refer to as photons, other people might just call light. As quanta of light, photons are the smallest possible packets of electromagnetic energy. If you are reading this article on a screen or a page, streams of photons are carrying the images of the words to your eyes.

In science, photons are used for more than just illumination.

“They’re ubiquitous,” says Richard Ruiz, a research associate at the Institute of Nuclear Physics in Krakow, Poland, and a theorist looking for new physics at the Large Hadron Collider. “Photons are everywhere in particle physics, so you almost forget about them.”

The photon has fueled centuries of discovery, and it remains an important tool today. 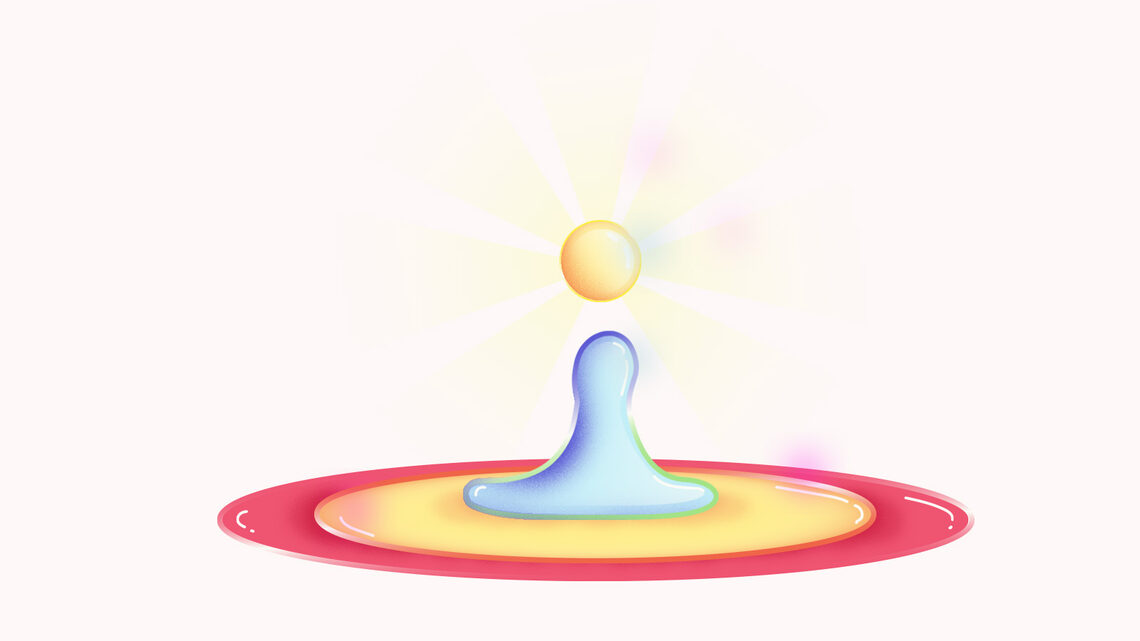 From wave, to particle, to boson

People have investigated the nature of light since ancient times, with early insights coming from philosophers and scholars in Egypt, Mesopotamia, India and Greece. Between the late 17th and early 20th centuries, scientists went back and forth on the answer to one question in particular: Does light behave as a particle or as a wave?

In 1690, Christiaan Huygens published Traité de la Lumière, his treatise on light. In it, he described light as being made up of waves that moved through the ether, which was thought to permeate space.

Isaac Newton declared in his 1704 book Opticks that he disagreed. When light reflects off of a surface, it acts like a bouncing ball; the angle at which it approaches the surface is equal to the angle at which it bounces off. Newton argued that this phenomenon, among other things, could be explained if light were made up of particles, which he called “corpuscules.”

A glass prism refracts a beam of white light into a rainbow of colors. Newton noticed that when the light was then refracted again, through a second prism, it did not divide any further; the rainbow colors stayed the same.

Newton’s corpuscular model had a significant drawback, though.

When light travels through a small hole, it spreads out just like ripples in water. Newton’s corpuscular model couldn’t explain this behavior, and Huygens’ wave model could.

Still, scientists were generally inclined to dismiss Huygens and listen to Newton—he did write Principia, one of the most important books in the history of science, after all.

But Huygens’ model received some support in 1801, when Thomas Young conducted the double slit experiment. In the experiment, Young sent a beam of light through two small holes, side-by-side, and found that the light passing through them formed a particular pattern. At regular intervals the intersecting ripples emanating from the two holes interfered either constructively—combining to make brighter light—or destructively—canceling one another out. Just like waves.

About five decades later, another experiment put Huygens’ model definitively in the lead.

Eleven years later, James Clerk Maxwell published On Physical Lines of Force, in which he predicted the existence of electromagnetic waves. Maxwell noted their similarity to lightwaves, leading him to conclude that the two were one and the same.

It seemed that Huygens’ wave model had won the day. But in 1900, Max Planck came up with an idea that would spark a brand new concept of light.

Planck explained some puzzling behaviors of radiation by describing the energy of electromagnetic waves as divided into individual packets. In 1905, Albert Einstein built on Planck’s concept of energy packets and finally settled the corpuscule-versus-wave debate—by declaring it a tie.

As Einstein explained, light behaves as both a particle and a wave, with the energy of each particle of light corresponding to the frequency of the wave.

His evidence came from studies of the photoelectric effect—the way in which light knocked electrons loose from metal. If light traveled only in a continuous wave, then shining a light on metal for long enough would always dislodge an electron, because the energy the light transferred to the electron would accumulate over time.

But the photoelectric effect didn’t work that way. In 1902 Philipp Lenard had observed that only light above a certain energy—or lightwaves above a certain frequency—could pry an electron loose from the metal. And it seemed to do so on contact, immediately.

In this case, the light was acting more like a particle, an individual packet of energy.

Still convinced of the wave model of light, Robert Millikan set out to disprove Einstein’s hypothesis. Millikan took careful measurements of the relationship between the light and electrons involved in the photoelectric effect. To his surprise, he confirmed each of Einstein’s predictions.

Einstein’s study of the photoelectric effect earned him his sole Nobel Prize in 1921.

In 1923, Arthur Compton provided additional support for Einstein’s model of light. Compton aimed high-energy light at materials, and he successfully predicted the angles at which electrons released by the collisions would scatter. He did it by presuming the light would act like tiny billiard balls.

Chemist Gilbert Lewis came up with a name for these billiard balls. In a 1926 letter to the journal Nature, he called them “photons.”

The way that scientists think about photons has continued to evolve in more recent years. For one, the photon is now known as a “gauge boson.”

Gauge bosons are force-carrying particles that enable matter particles to interact via the fundamental forces. Atoms, for example, stick together because the positively charged protons in their nuclei exchange photons with the negatively charged electrons that orbit them—an interaction via the electromagnetic force.

Secondly, the photon is now thought of as a particle, a wave, and an excitation—kind of like a wave—in a quantum field.

A quantum field, such as the electromagnetic field, is a kind of energy and potential spread throughout space. Physicists think of every particle as an excitation of a quantum field.

“I like to think of a quantum field as a calm pond surface where you don’t see anything,” Ruiz says. “Then you put a pebble on the surface, and the water pops up a bit. That’s a particle.” 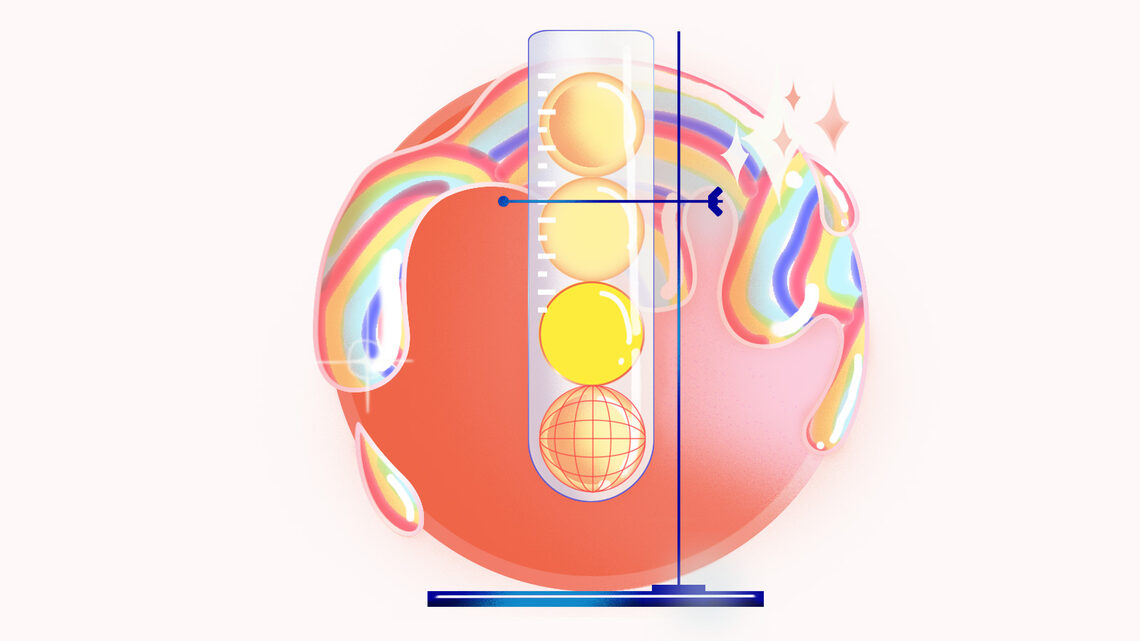 Photons as a tool

Radio waves and microwaves; infrared and ultraviolet light; X-rays and gamma rays: All of these are light, and all of them are made up of photons.

Photons are at work all around you. They travel through connected fibers to deliver internet, cable and cell phone signals. They are used in plastics upcycling, to break down objects into small building blocks that can be used in new materials. They are used in hospitals, in beams that target and destroy cancerous tissues.

And they are key to all kinds of scientific research.

Photons are essential in cosmology: the study of the past, present and future of the universe. Scientists study stars by examining the electromagnetic radiation they emit, such as radio waves and visible light. Astronomers develop maps of our galaxy and its neighbors by imaging the microwave sky. They detect space dust that blocks their view of distant stars by detecting its infrared light.

Scientists collect strong signals, in the form of ultraviolet radiation, X-rays, and gamma rays emitted by energetic objects from our galaxy and beyond. And they detect weak signals, such as the faint pattern of light known as the cosmic microwave background, which serves as a record of the state of the universe seconds after the Big Bang.

In 2012, scientists at the Large Hadron Collider discovered the Higgs boson by studying its decay into pairs of photons.

“Across the electromagnetic spectrum, photons can provide us with so much information about the world,” says Jennifer Dionne, associate professor of materials science and engineering at Stanford University.

Dionne conducts research in the field of nanophotonics, a subfield of physics in which scientists control light and study its interactions with molecules and nano-sized structures. Among other projects, her lab uses photons to up the effectiveness of catalysts, substances used to kick off high-efficiency chemical reactions.

“Light—photons—are a reagent in chemistry that people don’t always think about,” Dionne says. “People often think about adding new chemicals to enable a certain reaction or controlling the temperature or pH of a solution. Light can bring a whole new dimension and an entirely new tool kit.”

Some physicists are even looking for new types of photons. Theoretical “dark photons” would serve as a new kind of gauge bosons, mediating the interactions between particles of dark matter.