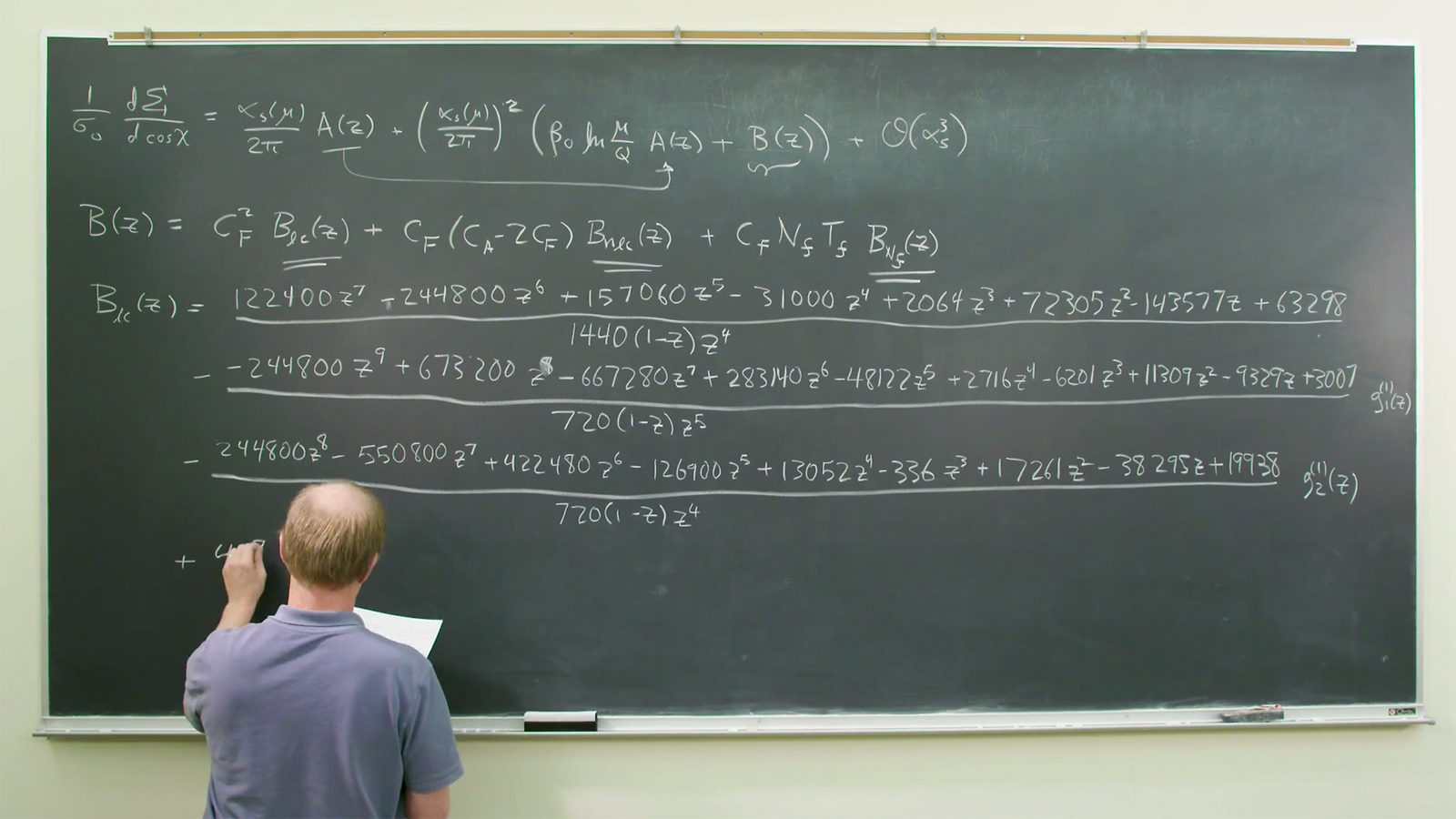 By Farrin Abbott and Manuel Gnida

Physicists on experiments at the Large Hadron Collider study the results of high-energy particle collisions, often searching for surprises that their formulas don't predict. Finding such a surprise could lead to the discovery of new particles, properties or forces.

One of the formulas they use to predict the outcome of collisions is the EEC, which stands for Energy-Energy Correlation. The EEC measures how much energy in the form of particles goes into two detectors placed at a specific angle to one another.

A group including theorist Lance Dixon of the US Department of Energy's SLAC National Accelerator Laboratory and former postdoc Hua Xing Zhu recently figured out the formula for the biggest correction to EEC in decades.

It’s a formula their paper calls “remarkably simple.” For the video below, Dixon offered to write it down.