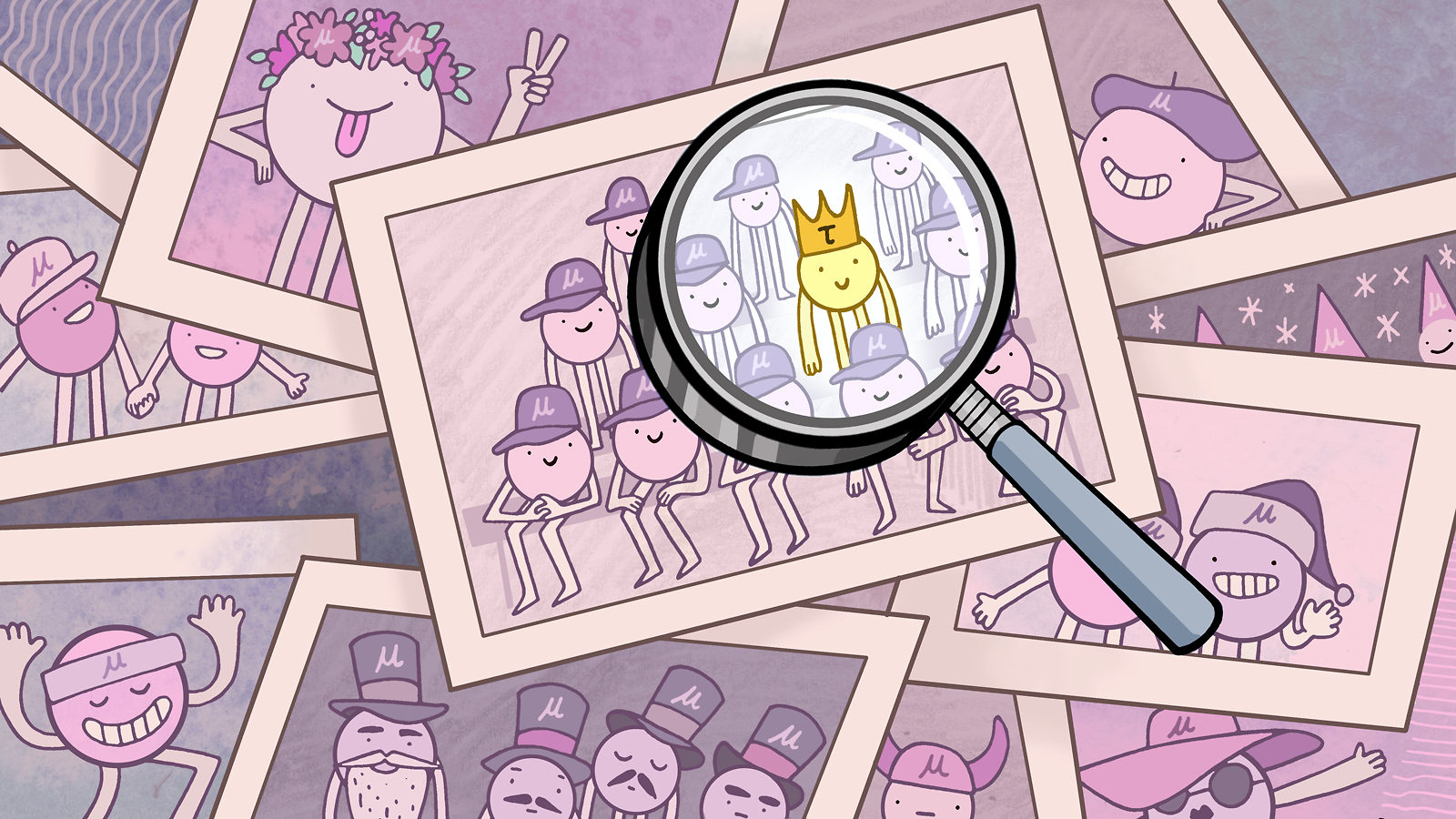 Some scientists spend decades trying to catch a glimpse of a rare process. But with good experimental design and a lot of luck, they often need only a handful of signals to make a discovery.

In 2009, University of Naples physicist Giovanni de Lellis had a routine. Almost every day, he would sit at a microscope to examine the data from his experiment, the Oscillation Project with Emulsion-tRacking Apparatus, or OPERA, located in Gran Sasso, Italy. He was seeking the same thing he had been looking for since 1996, when he was with the CHORUS experiment at CERN: a tau neutrino.

More specifically, he was looking for evidence of a muon neutrino oscillating into a tau neutrino.

Neutrinos come in three flavors: electron, muon and tau. At the time, scientists knew that they oscillated, changing flavors as they traveled at close to the speed of light. But they had never seen a muon neutrino transform into a tau neutrino.

Until November 30, 2009. On that day, de Lellis and the rest of the OPERA collaboration spotted their first tau neutrino in a beam of muon neutrinos coming from CERN research center 730 kilometers away.

“Normally, what you would do is look and look, and nothing comes,” says de Lellis, now spokesperson for the OPERA collaboration. “So it's quite an exciting moment when you spot your event.”

For physicists seeking rare events, patience is key. Experiments like these often involve many years of waiting for a signal to appear. Some phenomena, such as neutrinoless double-beta decay, proton decay and dark matter, continue to elude researchers, despite decades of searching.

Still, scientists hope that after the lengthy wait, there will be a worthwhile reward. Finding neutrinoless double-beta decay would let researchers know that neutrinos are actually their own antiparticles and help explain why there’s more matter than antimatter. Discovering proton decay would test several grand unified theories—and let us know that one of the key components of atoms doesn’t last forever. And discovering dark matter would finally tell us what makes up about a quarter of the mass and energy in the universe.

“These are really hard experiments,” says Reina Maruyama, a physicist at Yale University working on neutrinoless double-beta decay experiment CUORE (Cryogenic Underground Observatory for Rare Events) as well as a number of direct dark matter searches. “But they will help answer really fundamental questions that have implications for how the universe was put together.”

For the OPERA collaboration, finding a likely tau neutrino candidate was just the beginning. Hours of additional work, including further analyses and verification from other scientists, were required to confirm that signal didn’t originate from another source.

Luckily, the first signal passed all the checks, and the team was able to observe four more candidate events in the following years. By 2015, the team had gathered enough data to confidently confirm that muon neutrinos had transformed into tau neutrinos. More specifically, they were able to achieve a 5-sigma result, the gold standard of detection in particle physics, which means there's only a 1 in 3.5 million chance that the signal from an experiment was a fluke.

For some experiments, seeing as few as two or three events could be enough to make a discovery, says Tiziano Camporesi, a physicist working on the CMS experiment at CERN. This was true when scientists at CERN’s Super Proton Synchrotron discovered the Z boson, a neutral elementary particle carrying the weak force, in 1983. “The Z boson discovery was basically made looking at three events,” Camporesi says, “but these three events were so striking that no other kind of particle being produced at the accelerator at the time could fake it.”

There are a number of ways scientists can improve their odds of catching an elusive event. In general, they can boost signals by making their detectors bigger and by improving the speed and precision with which they record incoming events.

But a lot depends on background noise: How prevalent are other phenomena that could create a false signal that looks like the one the scientists are searching for?

When it comes to rare events, scientists often have to go to great lengths to eliminate—or at least reduce—all sources of potential background noise. “Designing an experiment that is immune to background is challenging,” says Augusto Ceccucci, spokesperson for NA62, an experiment searching for an extremely rare kaon decay.

For its part, NA62 scientists remove background noise by, for example, studying only the decay products that coincide in time with the passage of incoming particles from a kaon beam, and carefully identifying the characteristics of signals that could mimic what they’re looking for so they can eliminate them.

The Super Cryogenic Dark Matter Search experiment, or SuperCDMS, led by SLAC National Accelerator Laboratory, goes to great lengths to protect its detectors from cosmic rays, particles that regularly rain down on Earth from space. To eliminate this source of background, scientists shield the detectors with iron, ship them by ground and sea, and operate them deep underground. “So it would not take many dark matter particles detected to satisfy the 5-sigma detection rule,” says Fermilab’s Dan Bauer, spokesperson for SuperCDMS.

At particle accelerators, the search for rare phenomena looks a little different. Rather than simply waiting for a particle to show up in a detector, physicists try to create them in particle collisions. The more elusive a phenomenon is, the more collisions it requires to find. Thus, at the Large Hadron Collider, “in order to achieve smaller and smaller probability of production, we're getting more and more intense beams,” Camporesi says.

Only time will tell whether scientists will be able to detect neutrinoless double-beta decay, proton decay, dark matter or other rare events that have yet to be spotted at physicists’ detectors. But once they do—and once scientists know what specific signatures to find, Maruyama says, “it becomes a lot easier to look for these things, and you can go ahead and study the heck out of them.”