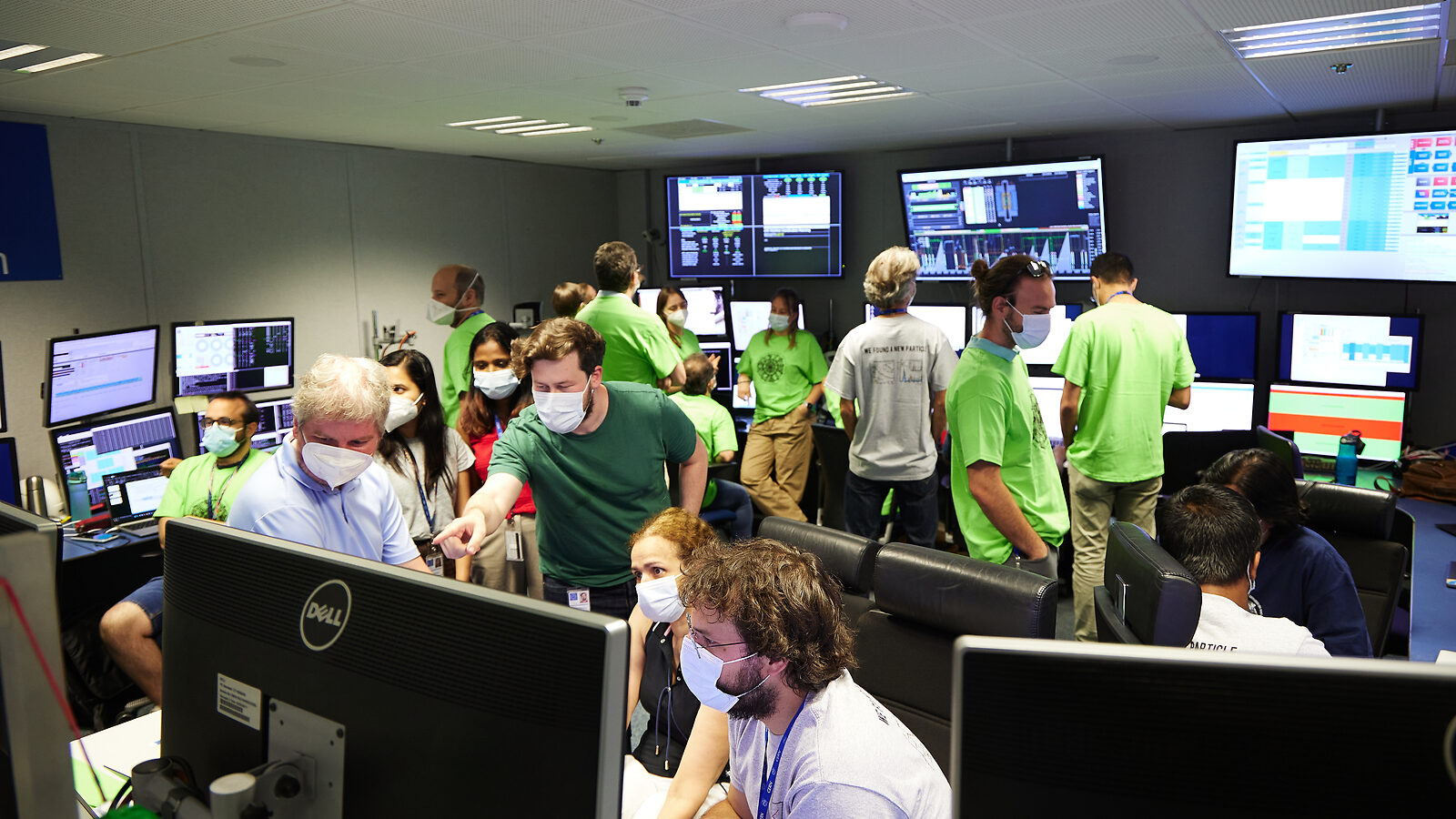 Today CERN celebrates the start of #LHCRun3. For the next four years, the Large Hadron Collider will generate more proton-proton collisions than the first two runs combined. These collisions will allow scientists to study the fundamental laws of physics and search for new phenomena.

The start of LHC Run 3 comes two months after CERN announced the LHC “restart.” So what’s the difference between “start” and “restart?”

“Some people think we switch the LHC ‘on’ and then it's done, but it's a hugely complex process,” says Rende Steerenberg, head of the Operations Group in the CERN Beam Department.

According to Steerenberg, “restart” means that protons are regularly circulating inside the LHC and that “commissioning with beam” can begin. During commissioning, scientists collect data, but it’s not for particle physics research—it’s to make sure everything is working properly.

"We do this hand in hand with the experiments,” Steerenberg says. “We have a meeting every morning at 9 a.m. over Zoom to discuss how the last 24 hours went and to adjust where necessary the plans for the next days."

Scientists use these low-intensity beams to test and align thousands of individual scientific instruments. The proton beams also clean the inside of the LHC by zapping impurities that have frozen to the inside of the vacuum pipe (a process aptly named “scrubbing”).

According to Steerenberg, the LHC and its experiments form a kind of massive orchestra. Restart is equivalent to the noisy few minutes during which all the instruments tune to “A.” The start of a run—on the other hand—is when the symphony begins. Physicists call this period “stable beams.”

During stable beams, the LHC collides about a billion protons every second for hours on end. Massive particle detectors record what happens during these collisions, and scientists use the data for fundamental physics research. This period of intensive data collection will last for close to 4 years, with minimal pauses for refills, upgrades and repairs. But just because stable beams are back inside the LHC doesn’t mean the accelerator scientists get a break.

Over the next several months, accelerator operators will continue to ramp up the intensity of the proton beams, with the goal of breaking the records they previously set during LHC Run 2.

“Before Long Shutdown 2, we ran with 110 billion protons per beam,” Steerenberg says. “Now we will start with 120 billion and then aim for 180 billion.”

More intensity means more data, which scientists need to see incredibly rare processes, such as the Higgs boson interacting with itself. LHC Run 3 will be the last run before the LHC is upgraded to the High Luminosity LHC, which will have a collision rate 10 times greater than the LHC’s design value.