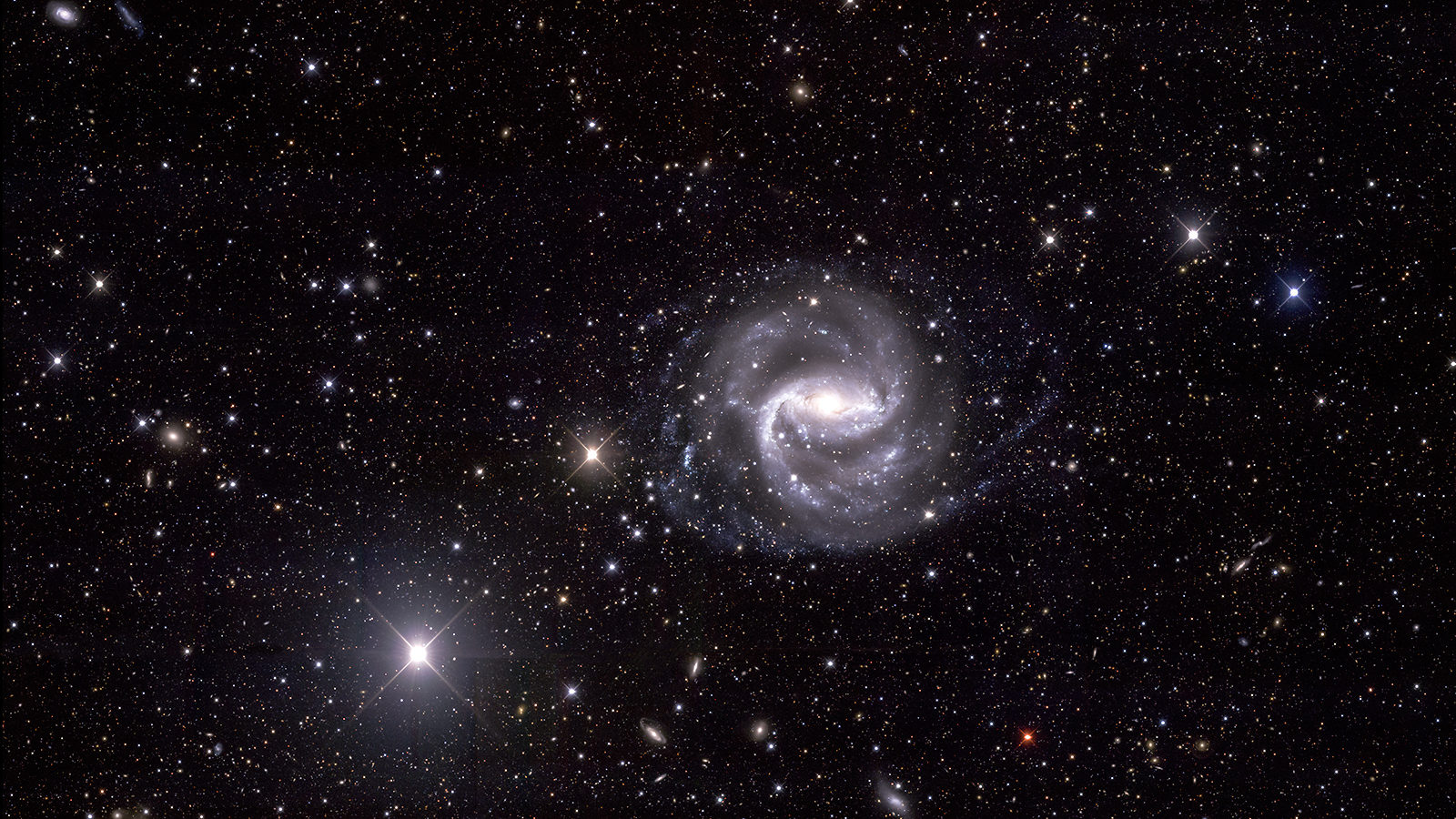 Astronomers think the universe might be expanding faster than expected.

If true, it could reveal an extra wrinkle in our understanding of the universe, says Nobel Laureate Adam Riess of the Space Telescope Science Institute and Johns Hopkins University. That wrinkle might point toward new particles or suggest that the strength of dark energy, the mysterious force accelerating the expansion of the universe, actually changes over time.

The result appears in a study published in The Astrophysical Journal this July, in which Riess’s team measured the current expansion rate of the universe, also known as the Hubble constant, better than ever before.

In theory, determining this expansion is relatively simple, as long as you know the distance to a galaxy and the rate at which it is moving away from us. But distance measurements are tricky in practice and require using objects of known brightness, so-called standard candles, to gauge their distances.

The use of Type Ia supernovae—exploding stars that shine with the same intrinsic luminosity—as standard candles led to the discovery that the universe was accelerating in the first place and earned Riess, as well as Saul Perlmutter and Brian Schmidt, a Nobel Prize in 2011.

Although the analysis pegs the Hubble constant to within experimental errors of just 2.4 percent, the latest result doesn’t match the expansion rate predicted from the universe’s trajectory. Here, astronomers measure the expansion rate from the radiation released 380,000 years after the Big Bang and then run that expansion forward in order to calculate what today’s expansion rate should be.

It’s similar to throwing a ball in the air, Riess says. If you understand the state of the ball (how fast it's traveling and where it is) and the physics (gravity and drag), then you should be able to precisely predict how fast that ball is traveling later on.

“So in this case, instead of a ball, it's the whole universe, and we think we should be able to predict how fast it's expanding today,” Riess says. “But the caveat, I would say, is that most of the universe is in a dark form that we don't understand.”

The rates predicted from measurements made on the early universe with the Planck satellite are 9 percent smaller than the rates measured by Riess’ team—a puzzling mismatch that suggests the universe could be expanding faster than physicists think it should.

David Kaplan, a theorist at Johns Hopkins University who was not involved with the study, is intrigued by the discrepancy because it could be easily explained with the addition of a new theory, or even a slight tweak to a current theory.

“Sometimes there's a weird discrepancy or signal and you think 'holy cow, how am I ever going to explain that?'” Kaplan says. “You try to come up with some cockamamie theory. This, on the other hand, is something that lives in a regime where it's really easy to explain it with new degrees of freedom.”

Kaplan’s favorite explanation is that there’s an undiscovered particle, which would affect the expansion rate in the early universe. “If there are super light particles that haven't been taken into account yet and they make up some smallish fraction of the universe, it seems that can explain the discrepancy relatively comfortably,” he says.

But others disagree. “We understand so little about dark energy that it's tempting to point to something there,” says David Spergel, an astronomer from Princeton University who was also not involved in the study. One explanation is that dark energy, the cause of the universe’s accelerating expansion, is growing stronger with time.

The implications could—literally—be Earth-shattering. But it’s also possible that one of the two measurements is wrong, so both teams are currently working toward even more precise measurements. The latest discrepancy is also relatively minor compared to past disagreements.

“I'm old enough to remember when I was first a student and went to conferences and people argued over whether the Hubble constant was 50 or 100,” says Spergel. “We're now in a situation where the low camp is arguing for 67 and the high camp is arguing for 73. So we've made progress! And that's not to belittle this discrepancy. I think it's really interesting. It could be the signature of new physics.”