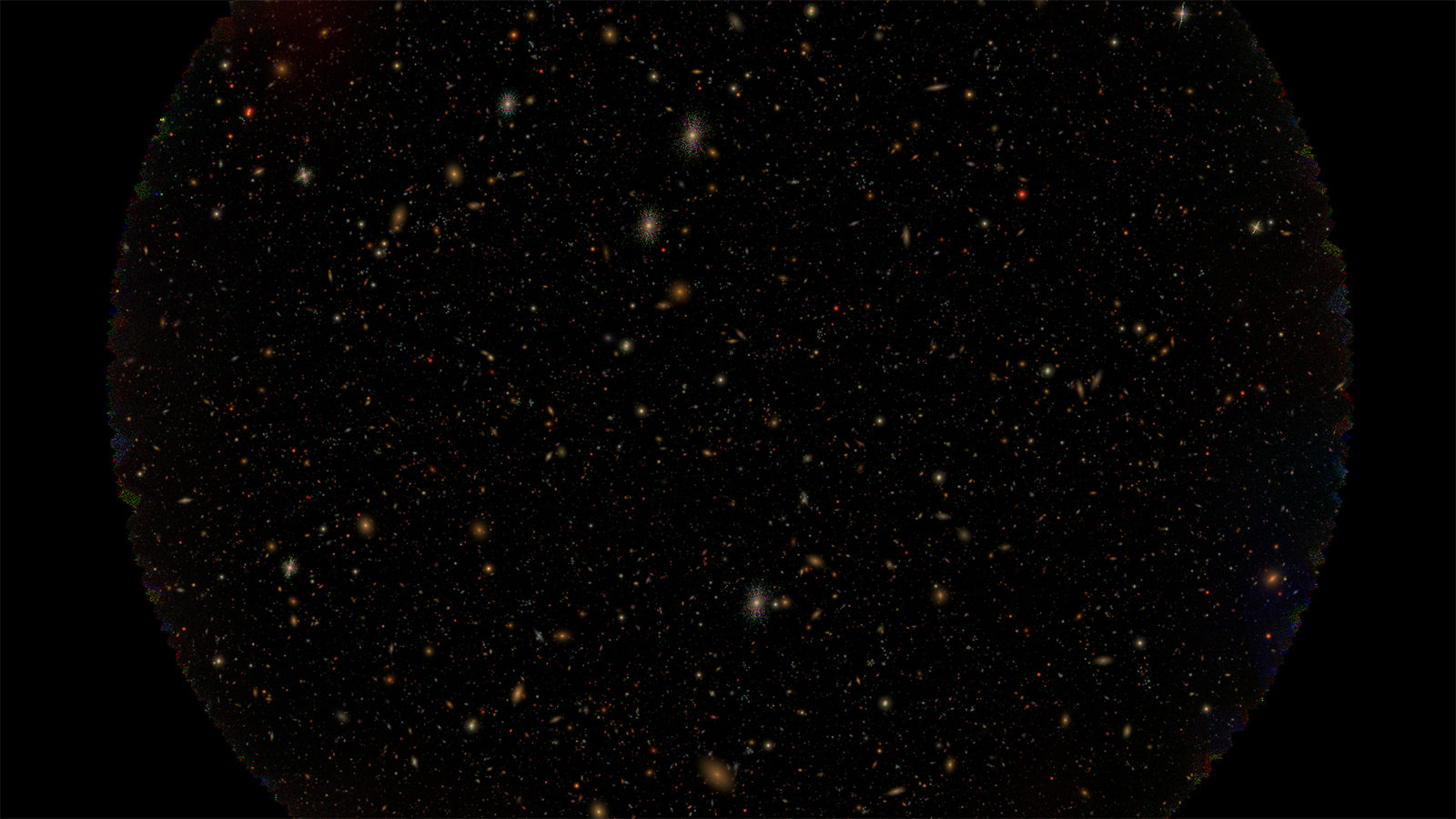 Almost every worthwhile performance is preceded by a rehearsal, and scientific performances are no exception. Engineers test a car’s airbag deployment using crash test dummies before incorporating them into the newest model. Space scientists fire a rocket booster in a test environment before attaching it to a spacecraft in flight.

One of the newest “training grounds” for astrophysicists is called Twinkles. The Twinkles dataset, which has not yet been released, consists of thousands of simulated, highly realistic images of the night sky, full of supernovae and quasars. The simulated-image database will help scientists rehearse a future giant cosmological survey called LSST.

LSST, short for the Large Synoptic Survey Telescope, is under construction in Chile and will conduct a 10-year survey of our universe, covering the entire southern sky once a year. Scientists will use LSST images to explore our galaxy to learn more about supernovae and to shine a light on the mysterious dark energy that is responsible for the expansion of our universe.

It’s a tall order, and it needs a well prepared team. Scientists designed LSST using simulations and predictions for its scientific capabilities. But Twinkles’ thousands of images will give them an even better chance to see how accurately their LSST analysis tools can measure the changing brightness of supernovae and quasars. That’s the advantage of using simulated data. Scientists don’t know about all the objects in the sky above our heads, but they do know their simulated sky— there, they already know the answers. If the analysis tools make a calculation error, they’ll see it.

The findings will be a critical addition to LSST’s measurements of certain cosmological parameters, where a small deviation can have a huge impact on the outcome.

“We want to understand the whole path of the light: From other galaxies through space to our solar system and our planet, then through our atmosphere to the telescope – and from there through our data-taking system and image processing,” says Phil Marshall, a scientist at the US Department of Energy's SLAC National Accelerator Laboratory who leads the Twinkles project. “Twinkles is our way to go all the way back and study the whole picture instead of one single aspect.”

Scientists simulate the images as realistically as possible to figure out if some systematic errors add up or intertwine with each other. If they do, it could create unforeseen problems, and scientists of course want to deal with them before LSST starts.

Twinkles also lets scientists practice sorting out a different kind of problem: A large collaboration spread across the whole globe that will perform numerous scientific searches simultaneously on the same massive amounts of data.

Richard Dubois, senior scientist at SLAC and co-leader of the software infrastructure team, works with his team of computing experts to create methods and plans to deal with the data coherently across the whole collaboration and advise the scientists to choose specific tools to make their life easier.

“Chaos is a real danger; so we need to keep it in check,” Dubois says. “So with Twinkles, we test software solutions and databases that help us to keep our heads above water.”

The first test analysis using Twinkles images will start toward the end of the year. During the first go, scientists extract type 1a supernovae and quasars and learn how to interpret the automated LSST measurements.

“We hid both types of objects in the Twinkles data,” Marshall says. “Now we can see whether they look the way they’re supposed to.”

“High accuracy cosmology will be hard,” Marshall says. “So we want to be ready to start learning more about our universe right away!”