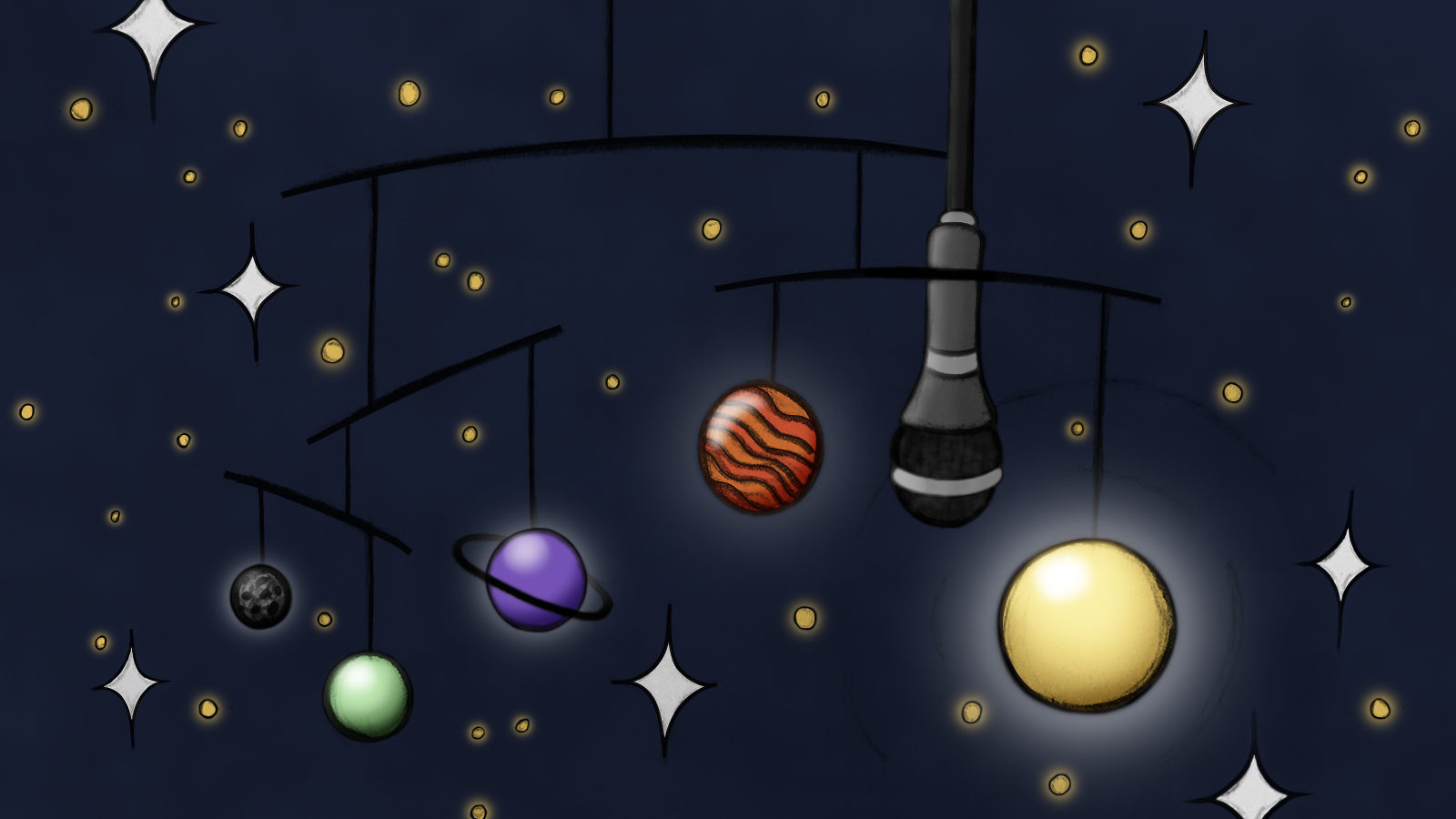 When Galileo first introduced the telescope in the 1600s, astronomers gained the ability to view parts of the universe that were invisible to the naked eye. This led to centuries of discovery—as telescopes advanced, they exposed new planets, galaxies and even a glimpse of the very early universe.

Last September, scientists gained yet another invaluable tool: the ability to hear the cosmos through gravitational waves. 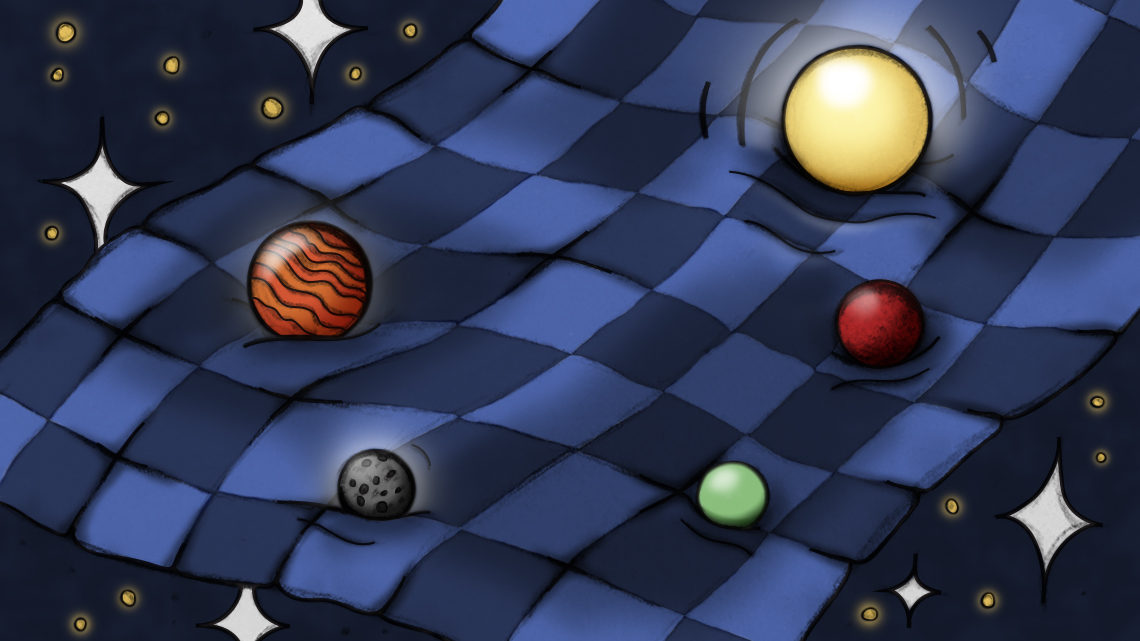 Newton described gravity as a force. Thinking about gravity this way can explain most of the phenomena that happens here on Earth. For example, the force of gravity acting on an apple makes it fall from a tree onto an unsuspecting person sitting below it. However, to understand gravity on a cosmic scale, we need to turn to Einstein, who described gravity as the bending of space-time itself.

Some physicists describe this process using a bowling ball and a blanket. Imagine space-time as a blanket. A bowling ball placed at the center of the blanket bends the fabric around it. The heavier an object is, the further it sinks. As you move the ball along the fabric, it produces ripples, much like a boat travelling through water.

“The curvature is what makes the Earth orbit the sun—the sun is a bowling ball in a fabric and it's that bending in the fabric that makes the Earth go around,” explains Gabriela González, the spokesperson for the Laser Interferometer Gravitational-Wave Observatory (LIGO) collaboration.

Everything with mass—planets, stars and people—pulls on the fabric of space-time and produces gravitational waves as they move through space. These are passing through us all time, but they are much too weak to detect.

To find these elusive signals, physicists built LIGO, twin observatories in Louisiana and Washington. At each L-shaped detector, a laser beam is split and sent down two four-kilometer arms. The beams reflect off the mirrors at each end and travel back to reunite. A passing gravitational wave slightly alters the relative lengths of the arms, shifting the path of the laser beam, creating a change that physicists can detect.

Unlike telescopes, which are pointed toward very specific parts of the sky, detectors like LIGO scan a much larger area of the universe and hear sources from all directions. “Gravitational waves detectors are like microphones,” says Laura Nuttall, a postdoctoral researcher at Syracuse University. 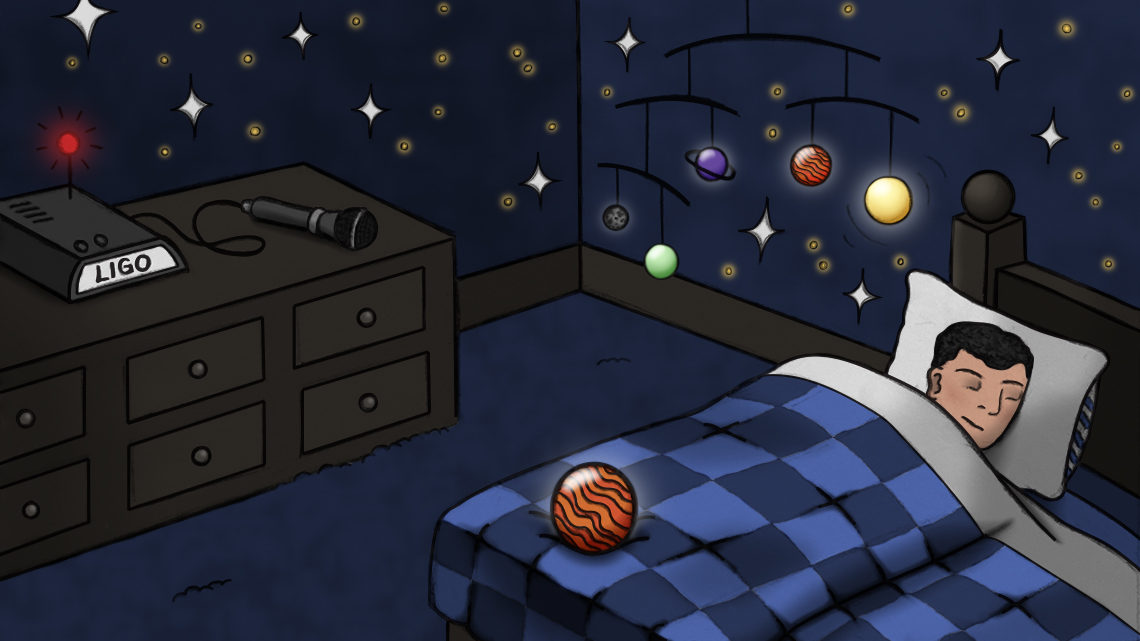 On the morning of September 14, 2015, a gravitational wave from two black holes that collided 1.3 billion years ago passed through the two LIGO detectors, and an automatic alert system pinged LIGO scientists around the world. “It took us a good part of the day to convince ourselves that this was not a drill,” González says.

Because LIGO was still preparing for an observing run—researchers were still running tests and diagnostics during the day—they needed to conduct a large number of checks and analyses to make sure the signal was real.

Months later, once researchers had meticulously checked the data for errors or noise (such as lightning or earthquakes) the LIGO collaboration announced to the world that they had finally reached a long-anticipated goal: Almost 100 years after Einstein first predicted their existence, scientists had detected gravitational waves.

A few months after the first signal arrived, LIGO detected yet another black hole collision. “Finding a second one proves that there's a population of sources that will produce detectible gravitational waves,” Nuttall says. “We are actually an observatory now.” 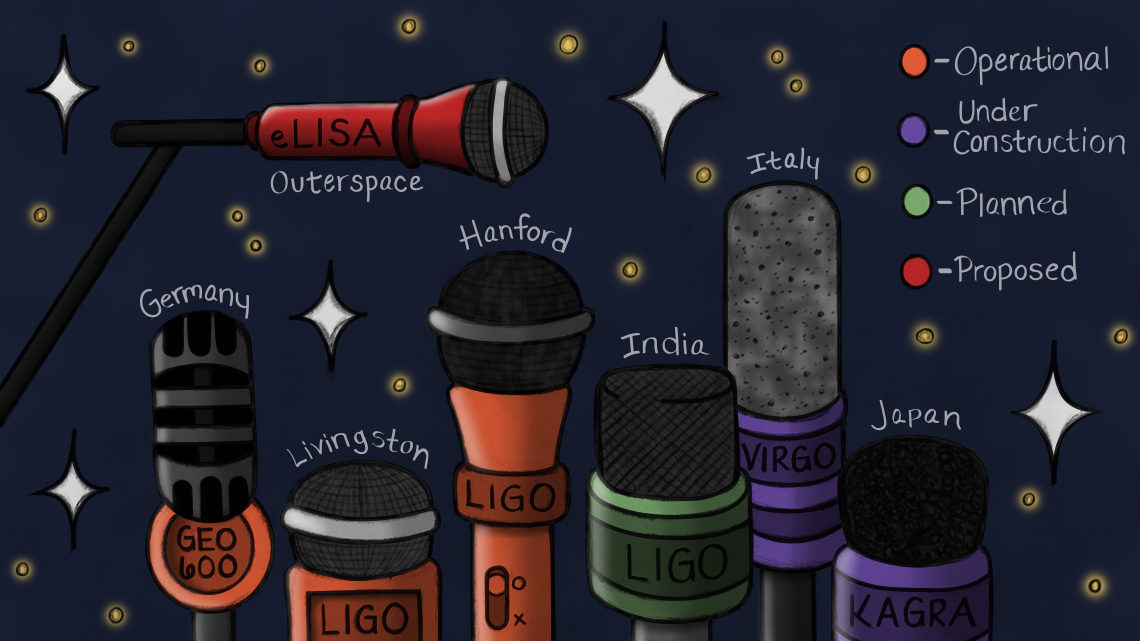 Many have dubbed the detection of gravitational waves as the dawn of the age of gravitational wave astronomy. Scientists expect to see hundreds, maybe even thousands, of these binary black holes in the years to come. Gravitational-wave detectors will also allow astronomers to look much more closely at other astronomical phenomena, such as neutron stars, supernovae and even the Big Bang.

One important next step is to detect the optical counterparts—such as light from the surrounding matter or gamma ray bursts—of the sources of gravitational waves. To do this, astronomers need to point their telescopes to the area of the sky where the gravitational waves came from to find any detectable light.

Currently, this feat is like finding a needle in a haystack. Because the field of view of gravitational wave detectors is much, much larger than telescopes, it is extremely difficult to connect the two. “Connecting gravitational waves with light for the first time will be such an important discovery that it's definitely worth the effort,” says Edo Berger, an astronomy professor at Harvard University.

LIGO is also one of several gravitational wave observatories. Other ground-based observatories, such as Virgo in Italy, KAGRA in Japan and the future LIGO India have similar sensitivities to LIGO. There are also other approaches that scientists are using—and plan to use in the future—to detect gravitational waves at completely different frequencies.

The evolved Laser Interferometer Space Antenna (eLISA), for example, is a gravitational wave detector that physicists plan to build in space. Once complete, eLISA will be composed of three spacecraft that are over a million kilometers apart, making it sensitive to much lower gravitational wave frequencies, where scientists expect to detect supermassive black holes.

Pulsar array timing is a completely different method of detection. Pulsars are natural timekeepers, regularly emitting beams of electromagnetic radiation. Astronomers carefully measure the arrival time of the pulses to find discrepancies, because when a gravitational wave passes by, space-time warps, changing the distance between us and the pulsar, causing the pulses to arrive slightly earlier or later. This method is sensitive to even lower frequencies than eLISA.

These and many other observatories will reveal a new view of the universe, helping scientists to study phenomena such as merging black holes, to test theories of gravity and possibly even to discover something completely unexpected, says Daniel Holz, a professor of physics and astronomy at the University of Chicago. “Usually in science you're just pushing the boundaries a little bit, but in this case, we're opening up a whole new frontier.”