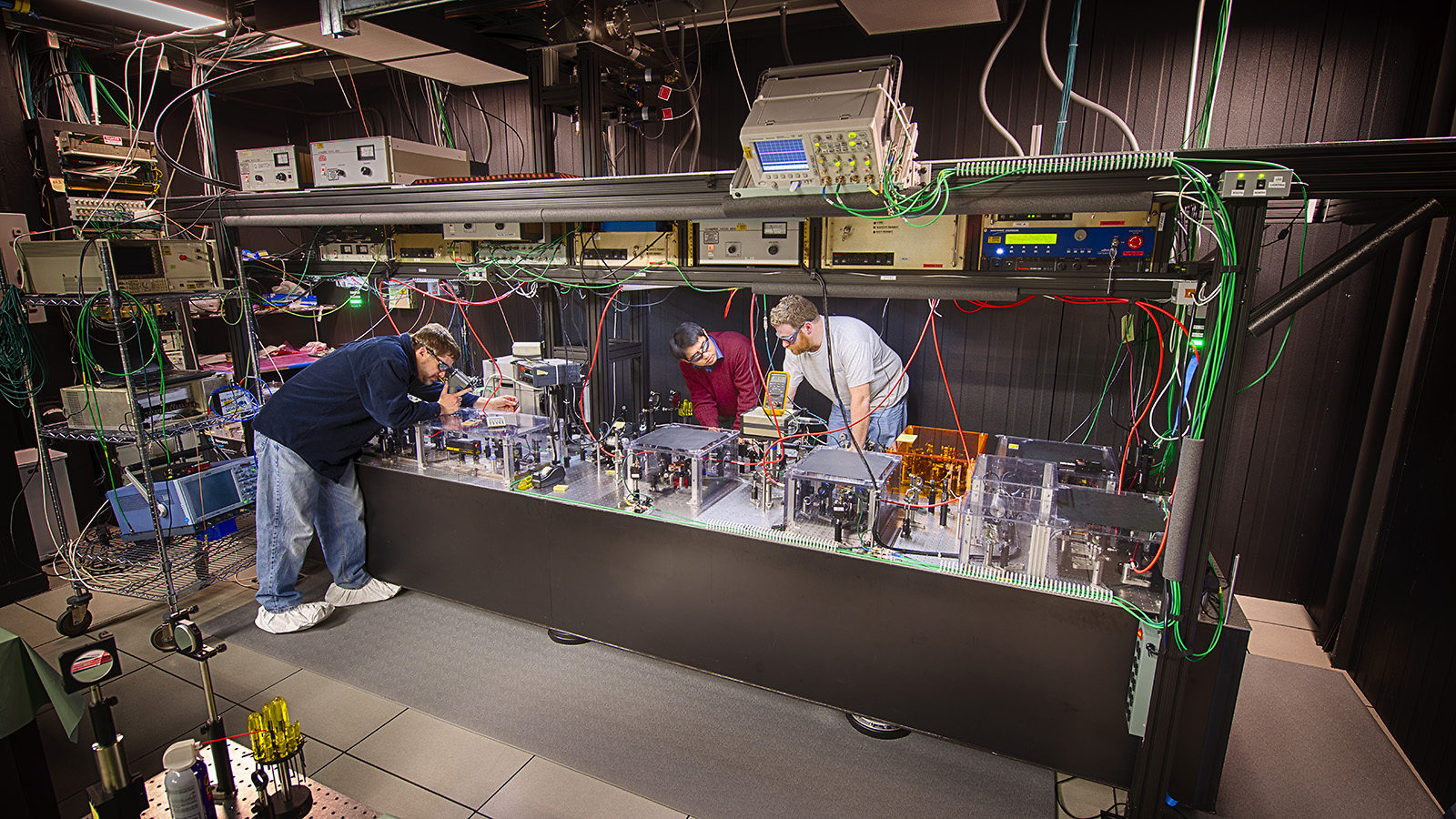 Unlike most particle physics facilities, the new Fermilab Accelerator Science and Technology facility (FAST) wasn’t constructed to find new particles or explain basic physical phenomena. Instead, FAST is a kind of workshop—a space for testing novel ideas that can lead to improved accelerator, beamline and laser technologies.

Historically, accelerator research has taken place on machines that were already in use for experiments, making it difficult to try out new ideas. Tinkering with a physicist’s tools mid-search for the secrets of the universe usually isn’t a great idea. By contrast, FAST enables researchers to study pieces of future high-intensity and high-energy accelerator technology with ease.

“FAST is specifically aiming to create flexible machines that are easily reconfigurable and that can be accessed on very short notice,” says Alexander Valishev, head of department that manages FAST. “You can roll in one experiment and roll the other out in a matter of days, maybe months, without expensive construction and operation costs.”

This flexibility is part of what makes FAST a useful place for training up new accelerator scientists. If a student has an idea, or something they want to study, there’s plenty of room for experimentation.

“We want students to come and do their thesis research at FAST, and we already have a number of students working.” Valishev says. “We have already had a PhD awarded on the basis of work done at FAST, but we want more of that.” 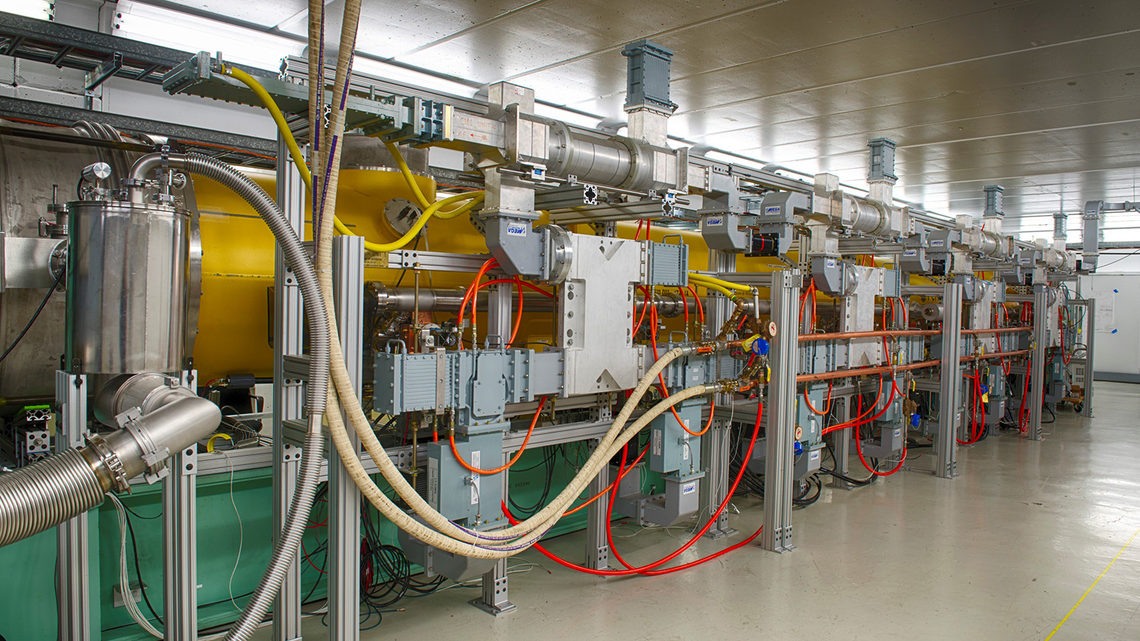 This yellow cyromodule will house the superconducting cavities that take the beam’s energy from 50 to 300 MeV.

FAST will eventually include three parts: an electron injector, a proton injector and a particle storage ring called the Integrable Optics Test Accelerator, or IOTA. Although it will be small compared to other rings—only 40 meters long, while Fermilab’s Main Injector has a circumference of 3 kilometers—IOTA will be the centerpiece of FAST after its completion in 2019. And it will have a unique feature: the ability to switch from being an electron accelerator to a proton accelerator and back again.

“The sole purpose of this synchrotron is to test accelerator technology and develop that tech to test ideas and theories to improve accelerators everywhere,” says Dan Broemmelsiek, a scientist in the IOTA/FAST department.

One aspect of accelerator technology FAST focuses on is creating higher-intensity or “brighter” particle beams.

Brighter beams pack a bigger particle punch. A high-intensity beam could send a detector twice as many particles as is usually possible. Such an experiment could be completed in half the time, shortening the data collection period by several years.

IOTA will test a new concept for accelerators called integrable optics, which is intended to create a more concentrated, stable beam, possibly producing higher intensity beams than ever before.

“If this IOTA thing works, I think it could be revolutionary,” says Jamie Santucci, an engineering physicist working on FAST. “It’s going to allow all kinds of existing accelerators to pack in way more beam. More beam, more data.” 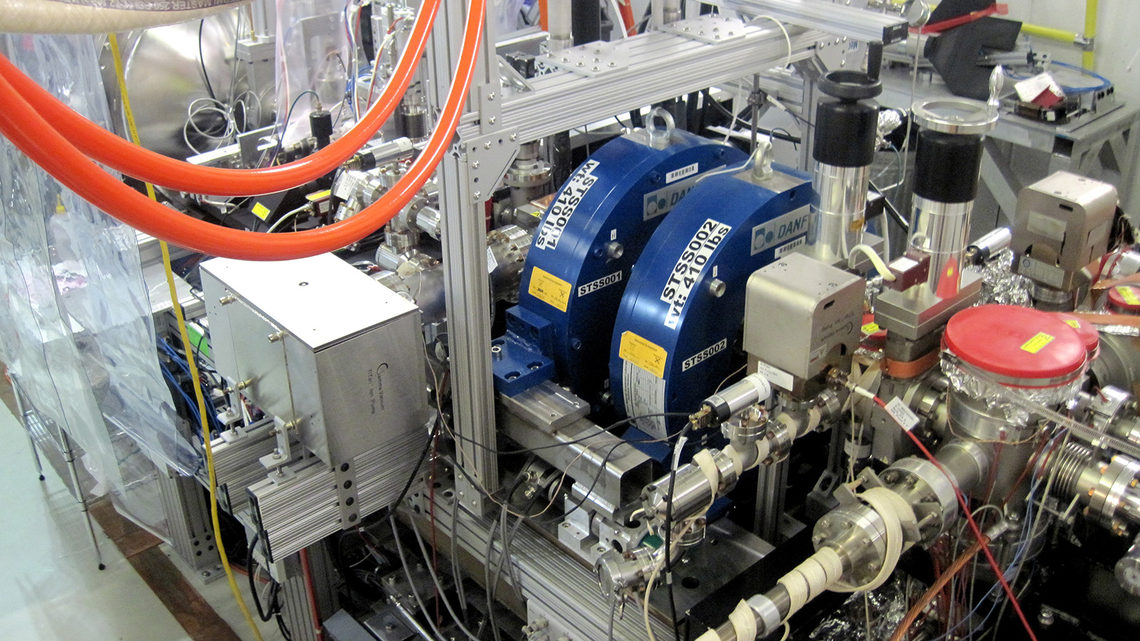 The beam starts here: Once electrons are sent down the beamline, they pass through the a set of solenoid magnets—the dark blue rings—before entering the first two superconducting cavities.

Although the completion of IOTA is still a few years away, the electron injector will reach a milestone this summer: producing an electron beam with the energy of 300 million electronvolts (MeV).

“The electron injector for IOTA is a research vehicle in its own right,” Valishev says. It provides scientists a chance to test superconducting accelerators, a key piece of technology for future physics machines that can produce intense acceleration at relatively low power.

“At this point, we can measure things about the beam, chop it up or focus it,” Broemmelsiek says. “We can use cameras to do beam diagnostics, and there’s space here in the beamline to put experiments to test novel instrumentation concepts.”

The electron beam’s previous maximum energy of 50 MeV was achieved by passing the beam through two superconducting accelerator cavities and has already provided opportunities for research. The arrival of the 300 MeV beam this summer—achieved by sending the beam through another eight superconducting cavities—will open up new possibilities for accelerator research, with some experiments already planned to start as soon as the beam is online. 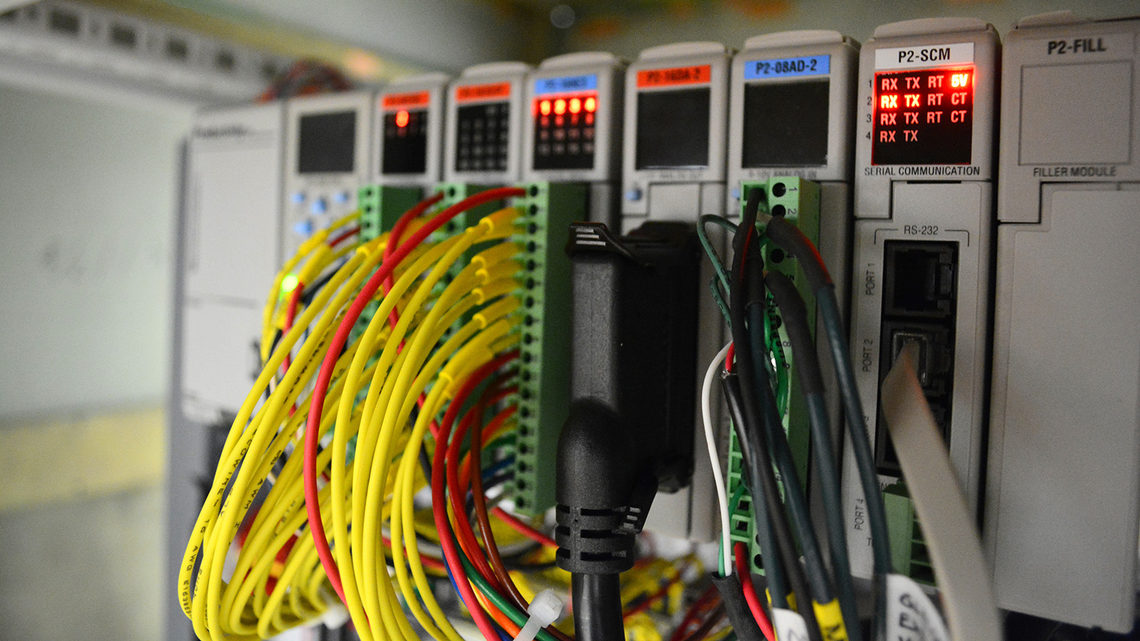 The third phase of FAST, once IOTA is complete, will be the construction of the proton injector.

“In five to 10 years, you’ll be talking to a neutrino guy and they’ll go, ‘I don’t know what the accelerator guys did, but it’s fabulous. We’re getting more neutrinos per hour than we ever thought we would,’” Broemmelsiek says.

Creating new accelerator technology is often an overlooked area in particle physics, but the freedom to try out new ideas and discover how to build better machines for research is inherently rewarding for people who work at FAST.

“Our business is science, and we’re supposed to make science, and we work really hard to do that,” Broemmelsiek says. “But it’s also just plain ol’ fun.”