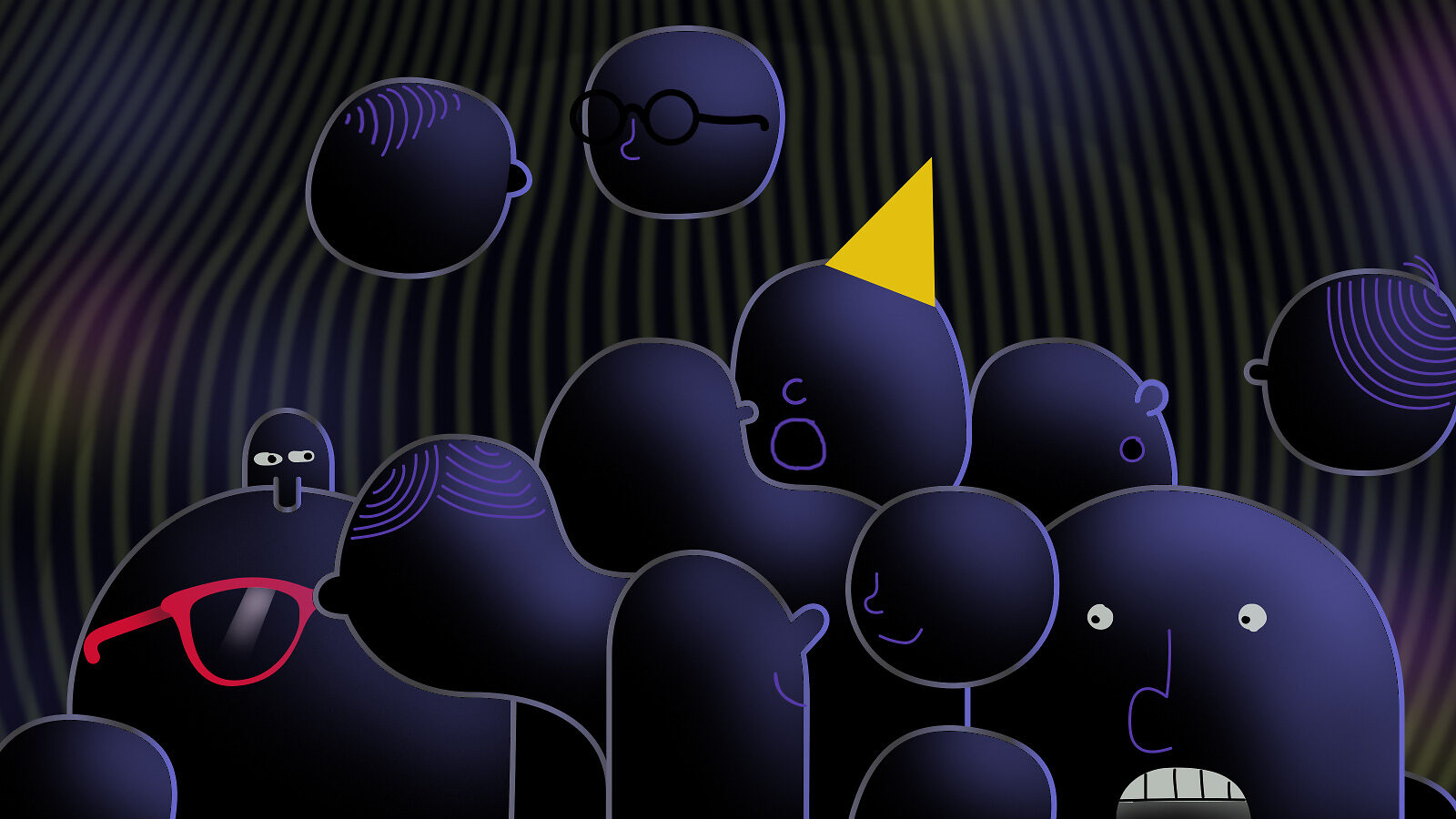 In 1968, an astronomer named Vera Rubin measured the spectra of stars in our neighboring Andromeda Galaxy to determine how fast they were moving.

Rubin expected to see stars at the galaxy’s edge moving at slower speeds than those near the center, which should have felt a stronger pull from the galaxy’s gravity. But the measurements indicated that both sets of stars were moving at the same speed.

This curious result matched up well with a theory that physicist Fritz Zwicky had proposed in 1933: Galaxies were hiding an additional source of gravitational pull in the form of invisible material he called “dunkle Materie,” or “dark matter.”

Rubin’s observations, along with others, brought Zwicky’s idea a new level of clout. After decades of research, scientists have indirectly determined that dark matter makes up about 85% of all matter. Scientists are now seeking to directly observe the particles that form the halos of hidden matter that seem to hold together the systems of luminous matter that we know. Numerous experiments are searching, but dark matter’s identity remains a mystery.

Scientists are still looking at the rotation of luminous material in galaxies, now to test new ideas about what dark matter could be.

A new view of dark matter

“The guiding theory has been something where dark matter weakly interacts with itself and primarily interacts with other particles,” says Yonit Hochberg, an assistant professor of particle physics at the Hebrew University of Jerusalem.

The popular theory of supersymmetry, which predicts a slew of new particles in addition to those already mentioned in the Standard Model of particle physics, conveniently included this dark-matter candidate. But the WIMP, which took most of the limelight and has been guiding experimental searches for nearly four decades, has yet to be found.

Scientists are designing better and better experiments aimed at finding a particle like the WIMP, but they’re also thinking about how dark matter might turn out to be something different.

Hochberg says she asked herself and her colleagues, as a thought experiment: What if dark matter didn’t primarily interact with other particles? “What would happen if what’s most important about dark matter is how it interacts with itself?”

If dark-matter particles can interact with each other, scientists should see the effects inside the centers of galaxies and the ways gases rotate around them.

“One of the biggest pieces of evidence of self-interactions would be the density profiles of the centers of galaxies,” says Mike Boylan-Kolchin, an associate professor of astronomy at the University of Texas. “And that's usually measured by rotation curve data,” a plot comparing the orbital speed of visible matter in a galaxy to its distance from that galaxy’s center.

Boylan-Kolchin looks for evidence of dark-matter self-interactions by inputting all the known, relevant cosmological variables into a computer program and then simulating the evolution of galaxies. From this, he can study how dark matter shapes cosmic structures and look for evidence of the particle nature of dark matter.

A way to understand the idea of strong self-interactions between dark-matter particles would be to think about how energy could propagate through a dark-matter halo, says Hai-Bo Yu, an associate professor of particle physics at the University of California, Riverside.

Imagine how heat transfers across a room with a heater on, through collisions among air particles, he says. In a galaxy, “dark matter particles could have a temperature gradient just like in the room, and the self-interactions would transport heat from the hot to cold regions of a dark-mater halo and thermalize it. The question is: Can we see this effect in observations?”

That's a process scientists are constantly improving. Observatories like the Vera C. Rubin Observatory under construction in Chile might provide the right data to uncover the true nature of dark matter.