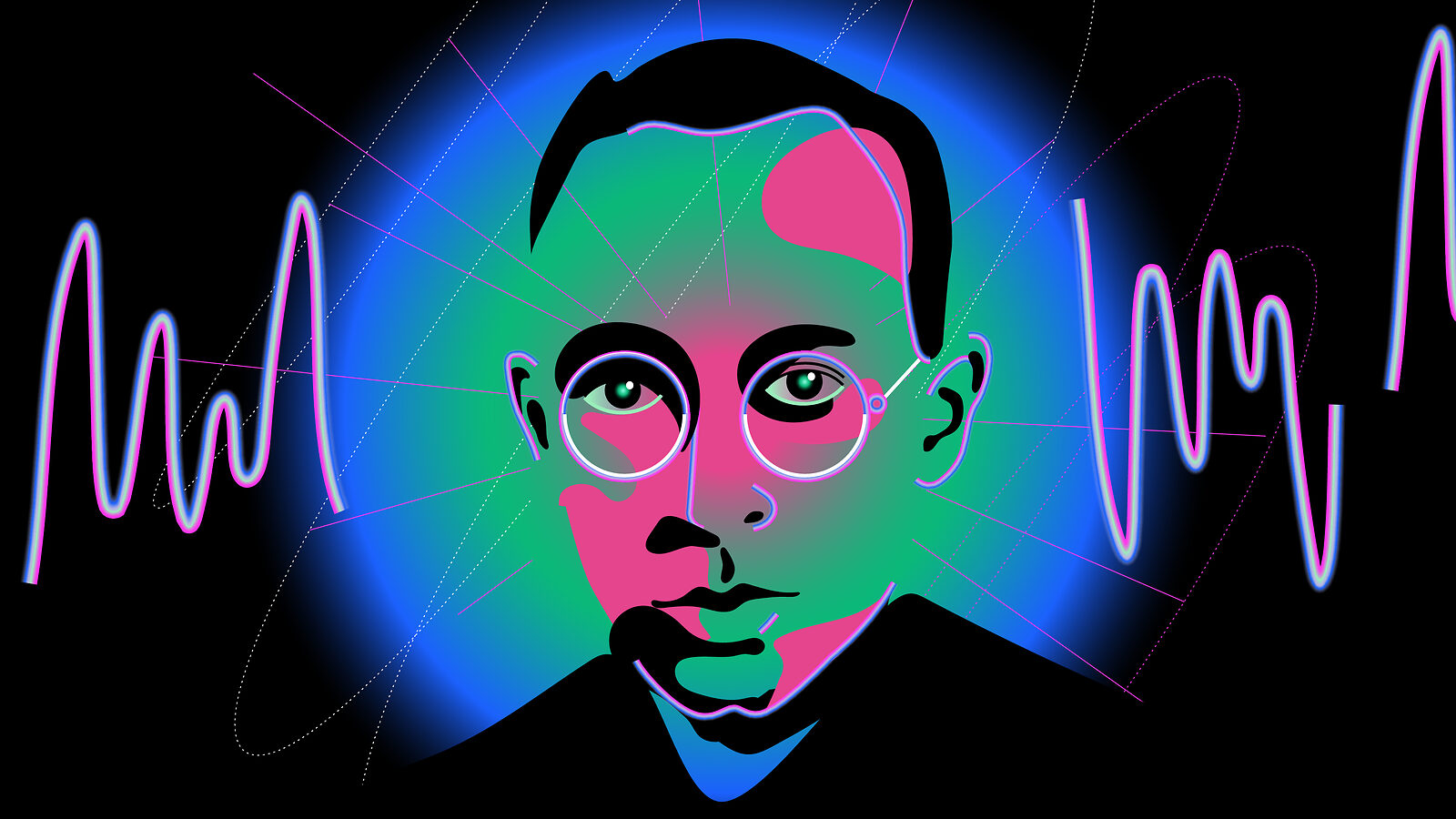 Shine a beam of white light through a chemical sample, then send that light through a prism to refract it. The light will divide into a spectrum of colors, and you should see gaps in the resulting rainbow. The missing colors represent the wavelengths of light that were absorbed as the beam passed through the sample.

This is called spectroscopy, a method to learn more about the structure of materials at the molecular and atomic level. Its modern applications range from allowing hardware stores to duplicate paint samples to helping astronomers measure the chemical composition of distant stars.

Imes not only produced the first high-resolution spectrometers, he also provided key evidence of the importance and widespread usefulness of quantum mechanics.

These now-routine measurements were not possible with the available scientific instruments a little over a century ago, when physicist Elmer Imes started looking into spectroscopy. But in his research, Imes not only produced the first high-resolution spectrometers, he also provided key evidence of the importance and widespread usefulness of quantum mechanics.

Whether an atom absorbs a certain wavelength of light is related to the properties of its electrons.

Picture the Bohr model of an atom, in which electrons are represented as dots sitting on concentric circles in orbit around a nucleus. For an electron to jump to another ring, it needs to absorb a specific amount of energy. If a wavelength of light has too much or too little energy to prompt an electron to hop, the light will simply pass through the atom. If it’s just right, however, the electron will absorb the energy and make the jump. This process creates the gap that can be measured via spectroscopy.

In the early 1900s, scientists knew that electron energy is quantized—that is, electrons can carry only certain, discrete amounts of energy. This was important: A non-quantized electron, one that could contain any amount of energy, would not be trapped in a specific orbital. It would gradually shed its energy as it moved, eventually collapsing into the nucleus. Atoms would be unstable, and nothing made of them—including you, the device you’re reading this on, or the room you’re sitting in—would hold its form.

What scientists did not know was whether this quantized property applied to anything other than electrons. Classical physics held that things are generally continuous, rather than quantized. It was not apparent just how useful and widely applicable ideas about quantum mechanics could be.

But as Imes demonstrated, quantum mechanics describes a wide range of microscopic systems, including molecules.

Whether a molecule absorbs a certain wavelength of light is related to the structure and mechanics of the molecule, along with its rotational energy. Just like an atom, a molecule absorbs only specific wavelengths of light, meaning that its energy is quantized as well.

Classical mechanics does not predict this. That’s why scientists were surprised when they first conducted spectroscopic observations of the infrared region of light shone through a collection of molecules made up of pairs of atoms.

They were expecting to see three lines, associated with two types of molecular movement, missing from the spectrum. Instead, they saw multiple thick bands of absorption spread across a variety of frequency intervals.

Classically, the results made no sense.

The problem was that the scientific instruments the scientists used weren’t terribly precise. The standard spectrometers of the day were not powerful enough to reveal the true structure of absorption patterns in the infrared region.

Imes took on this problem in his PhD research. He spent years building and testing novel infrared spectrometers of increasingly high resolution.

According to Cedric Wilson, a PhD student in the Ultracold Quantum Gases Group at MIT, the scale of Imes’ final spectrometer was impressive. “This thing was really big,” Wilson says. “The total length that the light travels over the whole thing was like 5 meters, which is probably the length of my lab.”

In his most detailed final analysis of the molecule hydrogen chloride, Imes observed not three but dozens of spectral lines in the infrared region, distinctively spaced in discrete intervals. Further analysis of those spectra showed that they corresponded to the transitions between the molecule’s quantized rotational and vibrational energy states.

“One of the fundamental problems that people were interested in was whether quantum mechanics applied to atomic physics in general,” says Ronald Mickens, a professor of physics and historian of science at Clark Atlanta University who wrote about Imes’ life and work for Physics Today.

Imes’ pioneering experiments in molecular spectroscopy provided the first accurate proof that the rotational and vibrational energy levels of molecules are quantized.

Nearly 60 years later, American physicist and spectroscopy innovator Earle Plyer would write about the significance of that accomplishment that “until the work of Imes, there was doubt about the universal applicability of the quantum theory to radiation in all parts of the electromagnetic spectrum... Imes’s work formed a turning point in the scientific thinking, making it clear that quantum theory was not just a novelty, useful in limited fields of physics, but of widespread and general application.”