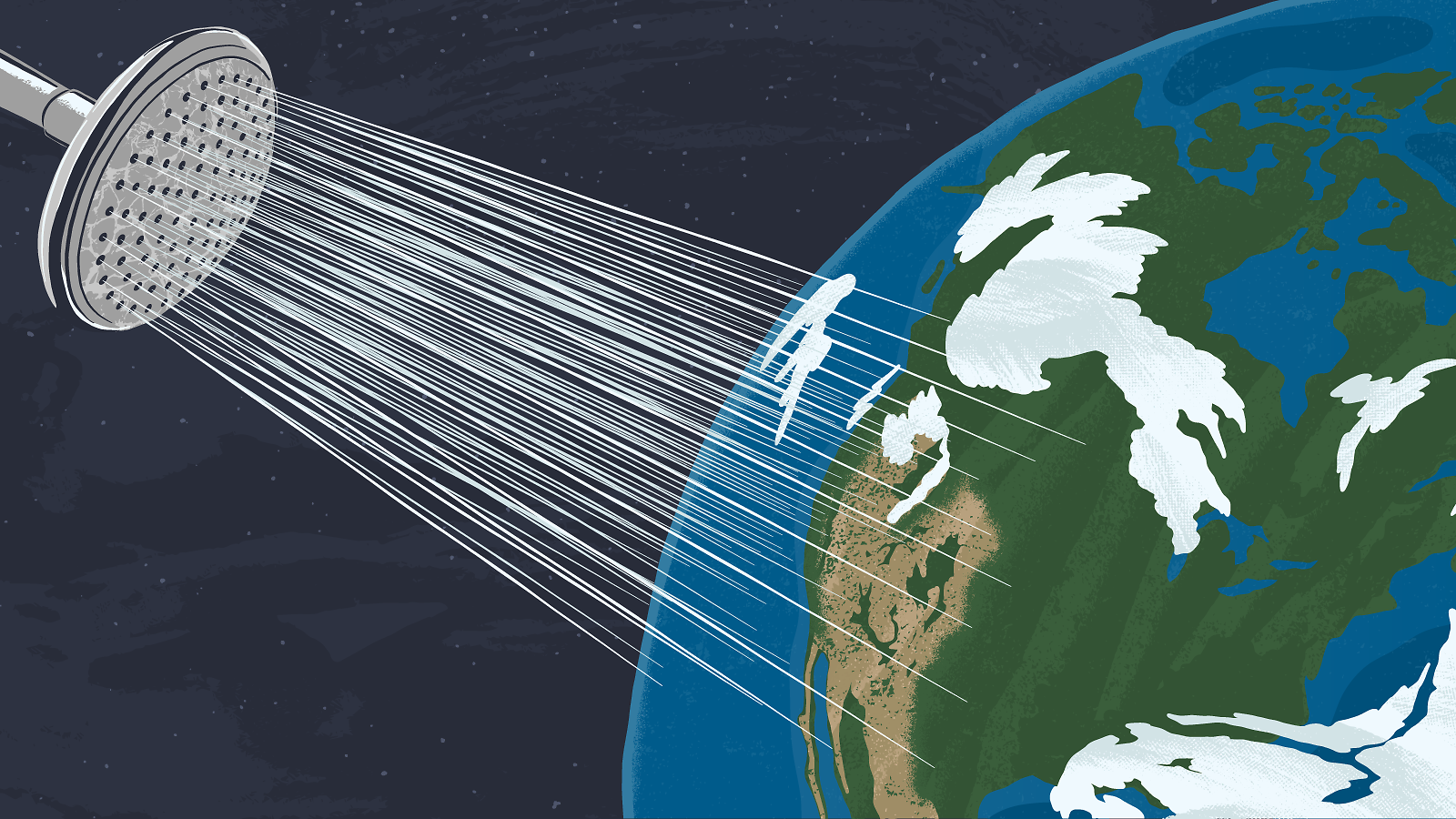 At the beginning of the 20th century, physicists were aware of a pervasive shower of particles that seemed to rain down from space. By filling glass chambers with highly condensed vapor, they could indirectly see tracks left by these highly energetic particles now known as cosmic rays. In doing so, they quickly discovered the subatomic world was more complex than initially suspected.

The first new matter particle they discovered was the muon. It was a lot like an electron, just more massive. At first, no one knew what to make of it.

Some thought it might be a particle theorized to hold protons and neutrons together in an atom. But a pair of Italians conducting experiments in Rome during World War II proved otherwise.

After discarding a few alternative theories—including one that posited that this particle might be a new kind of electron—physicists were left with one conclusion: They had discovered a particle that nobody had predicted. As Nobel Laureate I.I. Rabi famously quipped, “Who ordered that?”

Although scientists hadn’t realized muons would be on the menu, the discovery of muons eventually led to a discovery about how that menu was set up: Particles can come in different versions, each alike in charge, spin and interactions but different in mass. The muon, for example, has the same charge, spin and electroweak interactions as the electron, but is about 200 times heavier, and there’s an even heavier version of the electron and muon, called the tau.

Physicists built on this principle to predict the existence of generations of other particles, such as neutrinos, which with electrons, muons and taus round out the set of particles called leptons. Eventually, scientists would find that all of the matter particles in the Standard Model, including quarks, could be organized into three generations, though only the lightest are stable.

Muons continue to be useful tools for discovery to this day. Two international experiments, one currently underway and the other slated to begin in the early 2020s, are using the previously perplexing particles to push the boundaries of physics.

Flavor physics and the Mu2e experiment

Each of the three generations is called a different “flavor” of particle.

At first, scientists assumed that flavor was a property that, like mass or energy, had to be conserved when particles interacted with each other. That wasn’t quite right, but in their defense, they did find this to be true almost all of the time.

“When you have some kind of an interaction that involves charged leptons, such as nuclear or particle decay or some type of high-energy particle interaction, the number of a given flavor of charged leptons remains the same,” says Jim Miller, a professor of physics at Boston University.

Flavor conservation was useful; it allowed physicists to predict the interactions they would observe in particle accelerators and nuclear reactions. And those predictions proved to be correct.

But then physicists discovered that the group of (uncharged lepton) particles called neutrinos are unaware they are expected to follow the rules. On their long journey to Earth from the center of the sun, where they are created in fusion reactions, neutrinos freely oscillate between generations, transforming from electron neutrinos to muon neutrinos to tau neutrinos and back without releasing any additional particles.

This phenomenon, which won researchers Takaaki Kajita and Arthur B. McDonald the Nobel Prize for Physics in 2015, left scientists with a question: If neutrinos could violate flavor conservation, could other particles do it, too?

Physicists hope to answer that exact question with Mu2e, an experiment scheduled to start generating data in the next few years at the US Department of Energy’s Fermi National Accelerator Laboratory. The experiment is supported by funding from DOE’s Office of Science.

Mu2e will search for muons converting into electrons without releasing other particles, a process that would clearly violate flavor conservation.

But why use muons? It’s because they’re the just-right middle of the lepton family. Not too big or too small, muons are a sort of Goldilocks particle that are perfectly suited to aid physicists in their search for new physics.

In the Mu2e experiment, physicists will accelerate a beam of low-energy muons toward a target made of aluminum. In the resulting collisions, muons will knock electrons out of their orbits around the aluminum nuclei and take their place, creating muonic atoms for a brief moment in time.

As the muon decays into an electron, physicists predict that the extra energy that usually goes into creating two neutrinos in a typical muon decay will instead be transferred to the atom’s nucleus. This would allow the conversion from one flavor to another, muon to electron, without any neutrinos or antineutrinos to provide balance. If observed, this direct transition of a muon into an electron would be the hoped-for discovery of flavor violation among charged leptons.

Mu2e is not the only experiment that will use muons to test our understanding of physics.

Eight years before the discovery of muons, physicist Paul Dirac was developing a theory to describe the motion of electrons. In a single, elegant equation, Dirac successfully described that motion—while simultaneously merging Albert Einstein’s special theory of relativity with quantum mechanics and predicting the existence of antimatter.

It’s hard to overstate how important and incredibly accurate Dirac’s equation turned out to be. Physicists still act giddy whenever it’s mentioned.

To understand why it’s important, take a look at the electron.

Dirac’s equation correctly described exactly how the electromagnetic force worked and gave the correct estimate for how an electron’s spin would shift—or “precess”—if placed in a magnetic field, a measurement known as g. (That prediction was later refined through calculations from the field of quantum electrodynamics.)

When muons were discovered in 1936, Dirac’s equation was used to calculate what their precession rate would be as well. The value g for muons was predicted to be equal to 2.

But when physicists began generating muons in accelerators at CERN in the 1950s to test his predictions, the results were not quite what they expected. Had they found a discrepancy between observation and theory? Although physicists worked hard for the next 20 years, they couldn’t generate enough energy with their accelerators to obtain a conclusive answer.

Scientists at Brookhaven National Laboratory were able to test Dirac’s prediction at higher energies between 1999 and 2001 with an experiment meant to directly determine the anomalous part of the magnetic moment called Muon g-2 (pronounced “Muon g minus 2”). They found hints of the same anomalous measurement, but even with their improved technology, they lacked sufficient precision to prove a disagreement with theory.

Could Dirac’s equation turn out to be wrong? Physicists think it could be that their findings in muons are actually hinting at a deeper structure in physics that has yet to be discovered and that studying muons could once again lead to new revelations.

Fermilab recently began the next generation Muon g-2 experiment, which physicists hope along with J-PARC in Japan will unequivocally confirm whether or not theory agrees with nature. Funded by the DOE's Office of Science, the experiment at Fermilab has been taking data since 2017.

“We hope to get 20 times the number of muons, giving us a fourfold reduction in statistical uncertainty,” says Erik Swanson, a research engineer at the University of Washington. “If our central value stays the same as that generated at Brookhaven, then we will have confirmed without a doubt the discrepancy between theory and observation. Otherwise it might just be that theory was right all along.”

If the theory is broken, physicists will have a lot of explaining to do, which could lead them to a new understanding of the particles and forces that make up our universe and the forces that govern them. Not bad work for a particle nobody ordered.