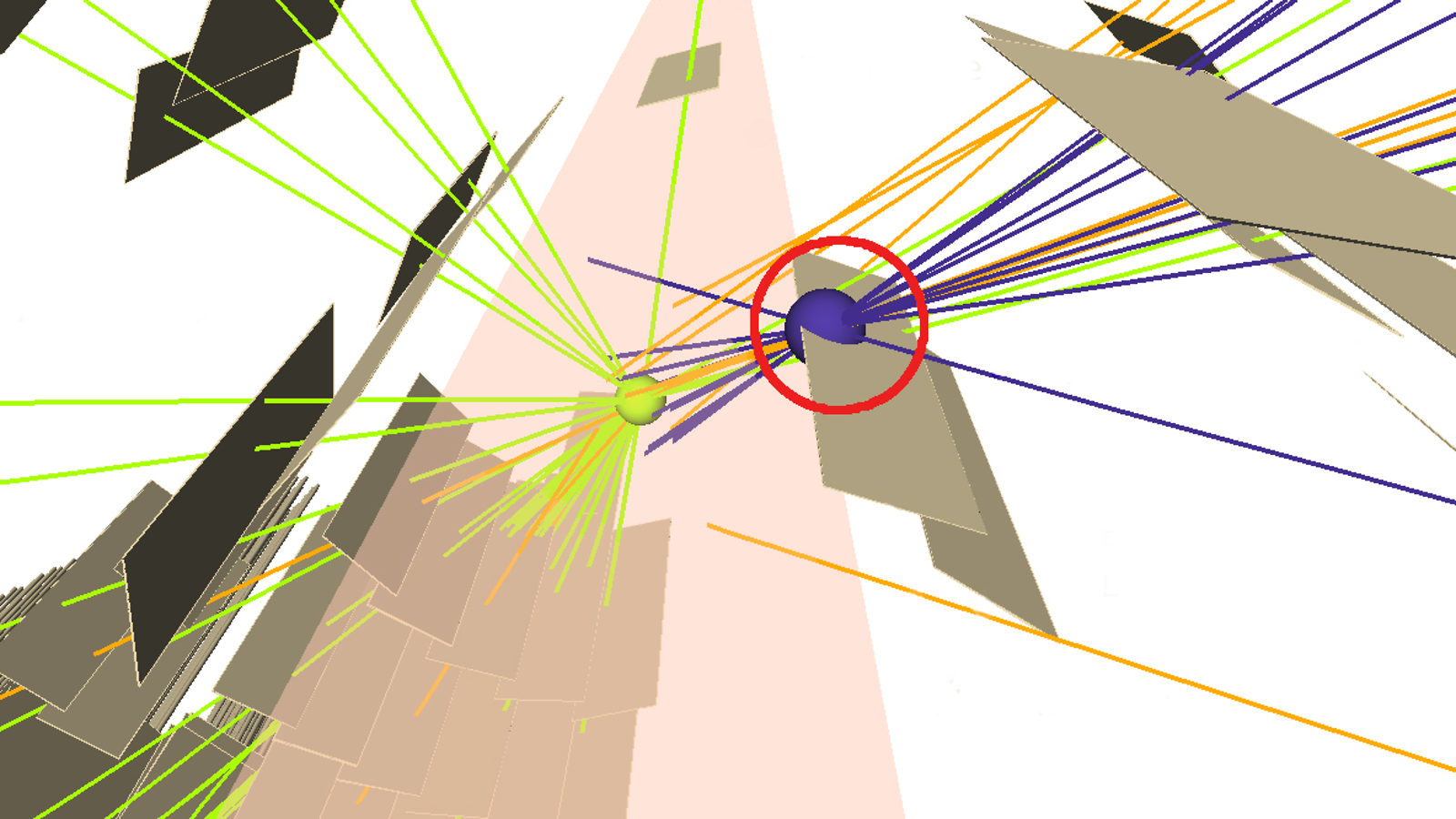 The universe is unbalanced.

Gravity is tremendously weak. But the weak force, which allows particles to interact and transform, is enormously strong. The mass of the Higgs boson is suspiciously petite. And the catalog of the makeup of the cosmos? Ninety-six percent incomplete.

Almost every observation of the subatomic universe can be explained by the Standard Model of particle physics—a robust theoretical framework bursting with verifiable predictions. But because of these unsolved puzzles, the math is awkward, incomplete and filled with restrictions.

A few more particles would solve almost all of these frustrations. Supersymmetry (nicknamed SUSY for short) is a colossal model that introduces new particles into the Standard Model’s equations. It rounds out the math and ties up loose ends. The only problem is that after decades of searching, physicists have found none of these new friends.

But maybe the reason physicists haven’t found SUSY (or other physics beyond the Standard Model) is because they’ve been looking through the wrong lens.

“Beautiful sets of models keep getting ruled out,” says Jessie Shelton, a theorist at the University of Illinois, “so we’ve had to take a step back and consider a whole new dimension in our searches, which is the lifetime of these particles.”

This is not unprecedented. Bottom quarks, for instance, can travel a few tenths of a millimeter before decaying into more stable particles. And muons can travel several kilometers (with the help of special relativity) before transforming into electrons and neutrinos. Many theorists are now predicting that there may be clandestine species of particles that behave in a similar fashion. The only catch is that these long-lived particles must rarely interact with ordinary matter, thus explaining why they’ve escaped detection for so long. One possible explanation for this aloof behavior is that long live particles dwell in a hidden sector of physics.

“Hidden-sector particles are separated from ordinary matter by a quantum mechanical energy barrier—like two villages separated by a mountain range,” says Henry Lubatti from the University of Washington. “They can be right next to each other, but without a huge boost in energy to get over the peak, they’ll never be able to interact with each other.”

High-energy collisions generated by the Large Hadron Collider could kick these hidden-sector particles over this energy barrier into our own regime. And if the LHC can produce them, scientists should be able to see the fingerprints of long-lived particles imprinted in their data.

Long-lived particles jolted into our world by the LHC would most likely fly at close to the speed of light for between a few micrometers and a few hundred thousand kilometers before transforming into ordinary and measurable matter. This incredibly generous range makes it difficult for scientists to pin down where and how to look for them.

But the lifetime of a subatomic particle is much like that of any living creature. Each type of particle has an average lifespan, but the exact lifetime of an individual particle varies. If these long-lived particles can travel thousands of kilometers before decaying, scientists are hoping that they’ll still be able to catch a few of the unlucky early-transformers before they leave the detector. Lubatti and his collaborators have also proposed a new LHC surface detector, which would extend their search range by many orders of magnitude.

Because these long-lived particles themselves don’t interact with the detector, their signal would look like a stream of ordinary matter spontaneously appearing out of nowhere.

“For instance, if a long lived particle decayed into quarks while inside the muon detector, it would mimic the appearance of several muons closely clustered together,” Lubatti says. “We are triggering on events like this in the ATLAS experiment.” After recording the events, scientists use custom algorithms to reconstruct the origins of these clustered particles to see if they could be the offspring of an invisible long-lived parent.

If discovered, this new breed of matter could help answer several lingering questions in physics.

“Long-lived particles are not a prediction of a single new theory, but rather a phenomenon that could fit into almost all of our frameworks for beyond-the-Standard-Model physics,” Shelton says.

In addition to rounding out the Standard Model’s mathematics, inert long-lived particles could be cousins of dark matter—an invisible form of matter that only interacts with the visible cosmos through gravity. They could also help explain the origin of matter after the Big Bang.