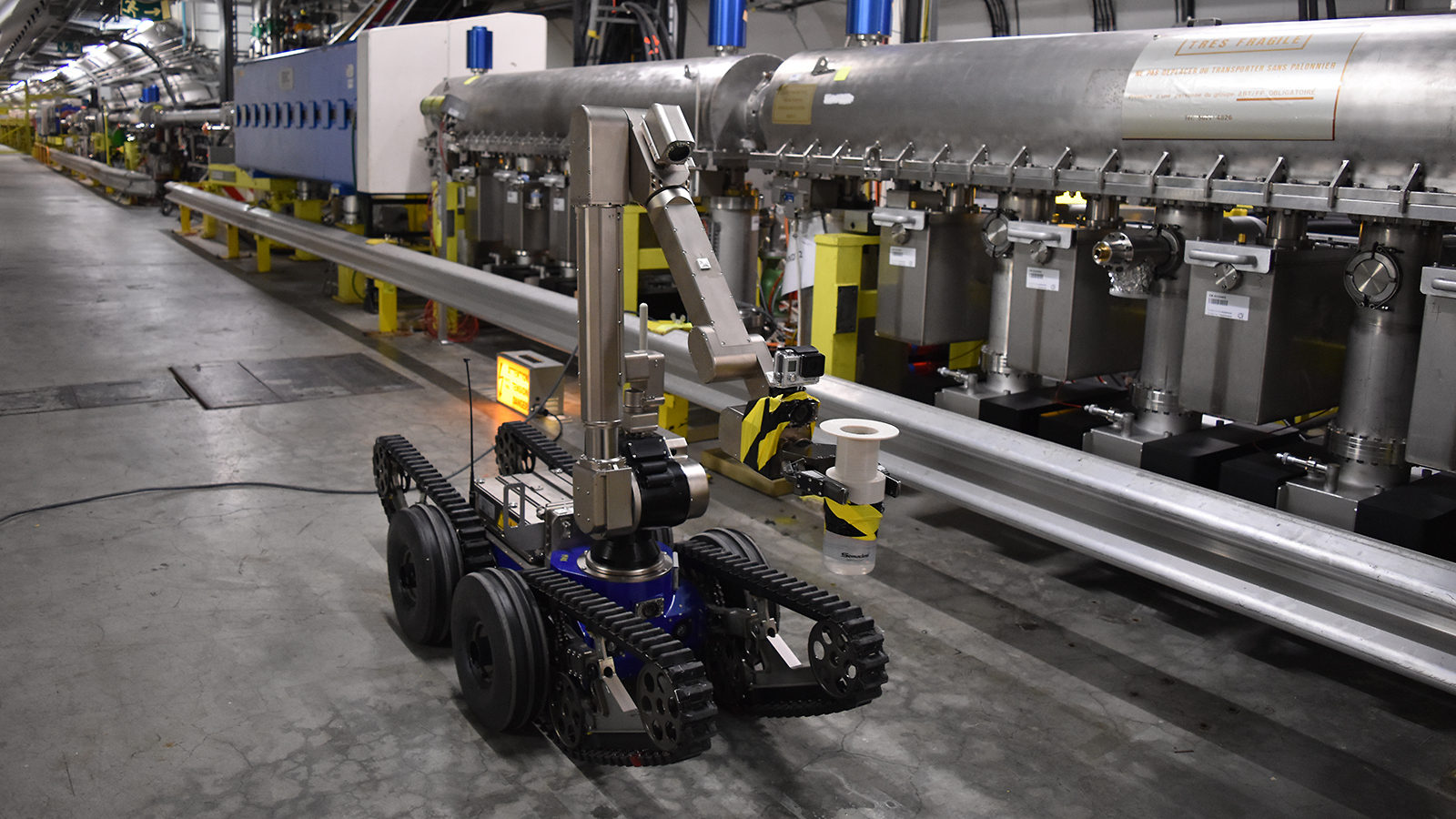 The robots of CERN

The Large Hadron Collider is the world’s most powerful particle accelerator. Buried in the bedrock beneath the Franco-Swiss border, it whips protons through its nearly 2000 magnets 11,000 times every second.

As you might expect, the subterranean tunnel which houses the LHC is not always the friendliest place for human visitors.

“The LHC contains 120 tons of liquid helium kept at 1.9 Kelvin,” says Ron Suykerbuyk, an LHC operator. “This cooling system is used to keep the electromagnets in super conducting state capable of carrying up to 13,000 Amps of current through its wires. Even with all the safety systems we have in place, we prefer to limit our underground access when the cryogenic systems are on”.

But as with any machine, sometimes the LHC needs attention: inspections, repairs, tuning. The LHC is so secure that even with perfect conditions, it takes 30 minutes after the beam is shut off for the first humans to even arrive at the entrance to the tunnel.

But the robotics team at CERN asks: Why do we need humans for this job anyway?

Enter TIM—the Train Inspection Monorail. TIM is a chain of wagons, sensors and cameras that snake along a track bolted to the LHC tunnel’s ceiling. In the 1990s, the track held a cable car that transported machinery and people around the Large Electron-Position Collider, the first inhabitant of the tunnel. With the installation of the LHC, there was no longer room for both accelerator and the cable car, so the monorail was reconfigured for the sleeker TIM robots.

There are currently two TIM robots and plans to install two more in the next couple of years. These four TIM robots will patrol the different quadrants of the LHC, enabling operators to reach any part of the 17-mile tunnel within 20 minutes. As TIM slithers along the ceiling, an automated eye keeps watch for any changes in the tunnel and a robotic arm drops down to measure radiation. Other sensors measure the temperature, oxygen level and cell phone reception.

“In addition to performing environmental measurements, TIM is a safety system which can be the eyes and ears for members of the CERN Fire Brigade and operations team,” says Mario Di Castro, the leader of CERN’s robotics team. “Eventually we’d like to equip TIM with a fire extinguisher and other physical operations so that it can be the first responder in case of a crisis.”

TIM isn’t alone in its mission to provide a safer environment for its human coworkers. CERN also has three teleoperated robots that can assess troublesome areas, provide assessments of hazards and carry tools.

The main role of these three robots is to access radioactive areas.

Radiation is a type of energy carried by free-moving subatomic particles. As protons race around CERN’s accelerator complex, special equipment called collimators constrict their passage and absorb particles that have wandered away from the center of the beam pipe. This trimming process ensures that the proton stream is compact and tidy.

After a couple weeks of operation, the collimators have absorbed so many particles that they will reemit their energy—even after the beam is shut off. There is no radiation hazard to humans unless they are within a few meters of the collimators, and because the machine is fully automated, humans rarely need to perform check-ups. But occasionally, material in these restricted areas required attention.

By replacing humans with robots, engineers can quickly fix small problems without needing to wait long periods of time for the radiation to dissipate or sending personnel into potentially unsafe environments.

“CERN robots help perform repetitive and dangerous tasks that humans either prefer to avoid or are unable to do because of hazards, size constraints or the extreme environments in which they take place, such CERN experimental areas,” Di Castro says.

About half the time, these tasks are very simple, such as performing a visual assessment of the area or taking measurements. “Robots can replace humans for these simple tasks and improve the quality and timeliness of work,” he says.

Last year the SPS accelerator (which starts the acceleration process for particles that eventually move to the LHC) needed an oil refill to keep its parts running smoothly. But the accelerator itself was too radioactive for humans to visit, so one of the CERN robotics team’s robots rolled in gripping an oil can in its flexible arm.

In June 2016, scientists needed to dispose of radioactive Cobalt, Cesium and Americium they had used to calibrate radiation sensors. Two CERN robots cycled in with several tools, extracted the radioactive sources and packed them in thick protective containers for removal.

Over the last two years, these two robots have performed more than 30 interventions, saving humans both time and radiation doses.

As the LHC increases the power and particle collisions over the next decade, Di Castro and his team are preening these robot companions to increase their capabilities. “We are putting a strong commitment to adapt and develop existing robotic solutions to fit CERN’s evolving needs,” Di Castro says. 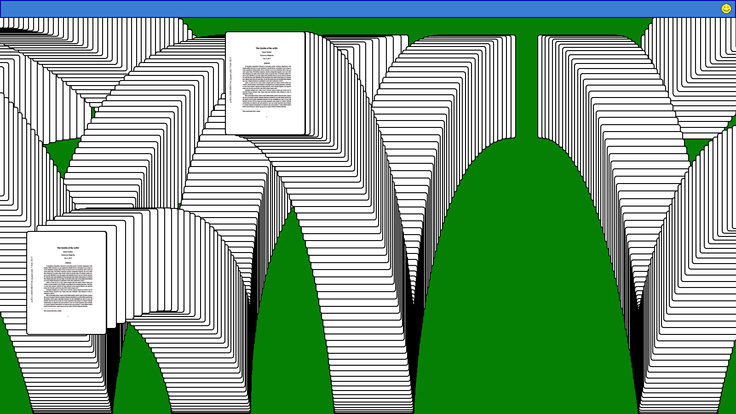 Quirks of the arXiv 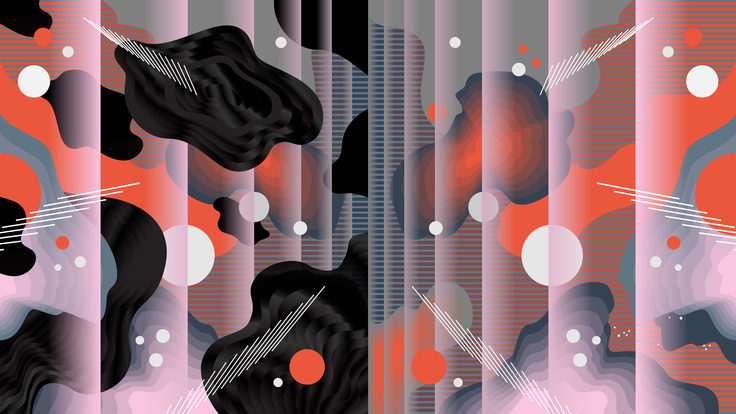 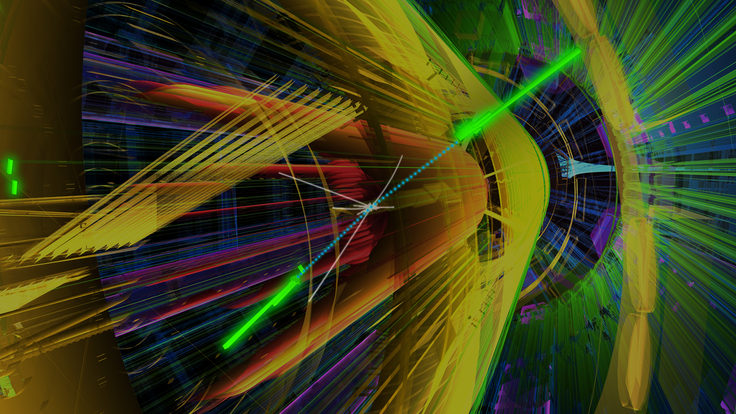 What ended the dark ages of the universe?