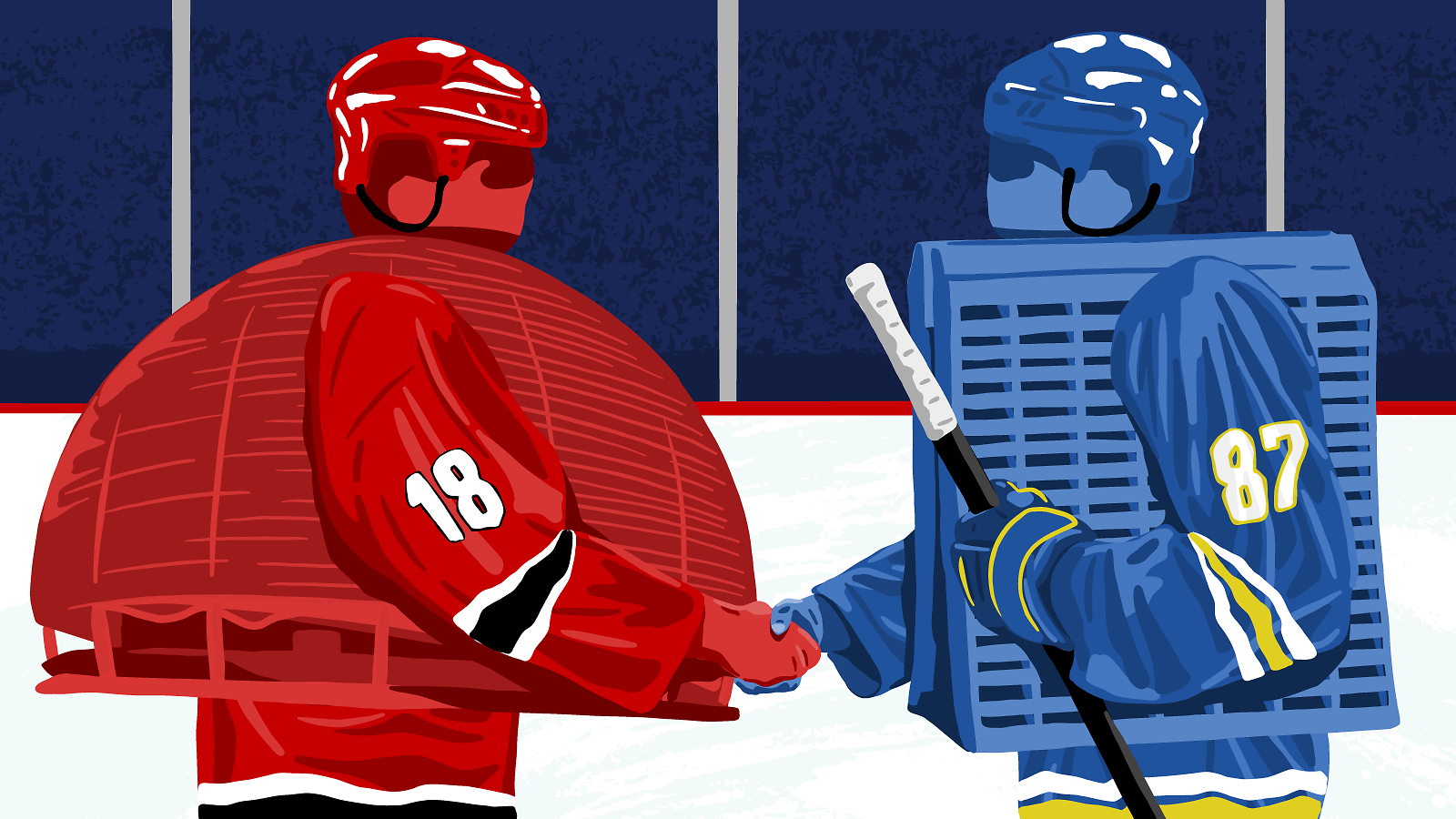 Scientists discovered a new particle by comparing data recorded at the LHC and the Tevatron.

In 2018, physicist Carlos Avila received a thrilling request from an old colleague.

“It was the type of call that every scientist wants to have,” says Avila, who is a professor at the Universidad de los Andes in Colombia.

The TOTEM experiment at CERN near Geneva, Switzerland, had recently announced evidence for an elusive quasi-particle that had been a missing link in physicists’ understanding of protons. But according to physicist Christophe Royon, the “TOTEM data alone was not enough.” To get the complete picture, Royon, who is a physicist at the University of Kansas, wanted to revisit data from the DZero experiment at the Tevatron, a particle accelerator that operated between 1987 and 2011 at the US Department of Energy’s Fermi National Accelerator Laboratory.

“It was very exciting that these old measurements we had published in 2012 were still very important and could still play a role in this ongoing research,” Avila says.

Conducting a joint analysis with two experiments from different generations wasn’t easy. It required rewriting decades-old software and inventing a new way to compare different types of data. In the end, the collaboration led to the discovery of a new particle: the odderon.

The Tevatron and its two experiments—DZero and CDF—rose to fame in 1995 with the discovery of the top quark, the heaviest known fundamental particle.

“It was really a high point,” says DZero co-spokesperson Paul Grannis. “Everybody was walking on air.”

At the time of the top quark discovery, CERN was constructing a new particle accelerator, the Large Hadron Collider, designed to reach energies an order of magnitude greater than the Tevatron. As the name suggests, the LHC collides a type of subatomic particle called hadrons, usually protons. The Tevatron also used protons, but collided them with their antimatter equivalents, antiprotons.

The LHC started colliding protons in March 2010. A year and a half later, operators at Fermilab threw a big red switch and reverentially ended operations at the Tevatron. Over the next few years, Grannis watched the DZero collaboration shrink from several hundred scientists to just a handful of active researchers.

“The people move on,” Grannis says. “There is less and less memory of the details of the experiment.”

Avila and Royon were among the physicists that transitioned from DZero at the Tevatron to experiments at the LHC. Before bidding adieu, Avila worked on one last paper that compared DZero’s results with the first data from the LHC’s TOTEM experiment. Even though the energies of the two accelerators were different, many theorists expected DZero and TOTEM’s results to look similar. But they didn’t.

“The DZero paper said that—despite all possible interpretation—they did not have the same pattern as seen at the LHC,” says TOTEM spokesperson Simone Giani. “That paper was the spark that triggered us to see the possibility of working together.” 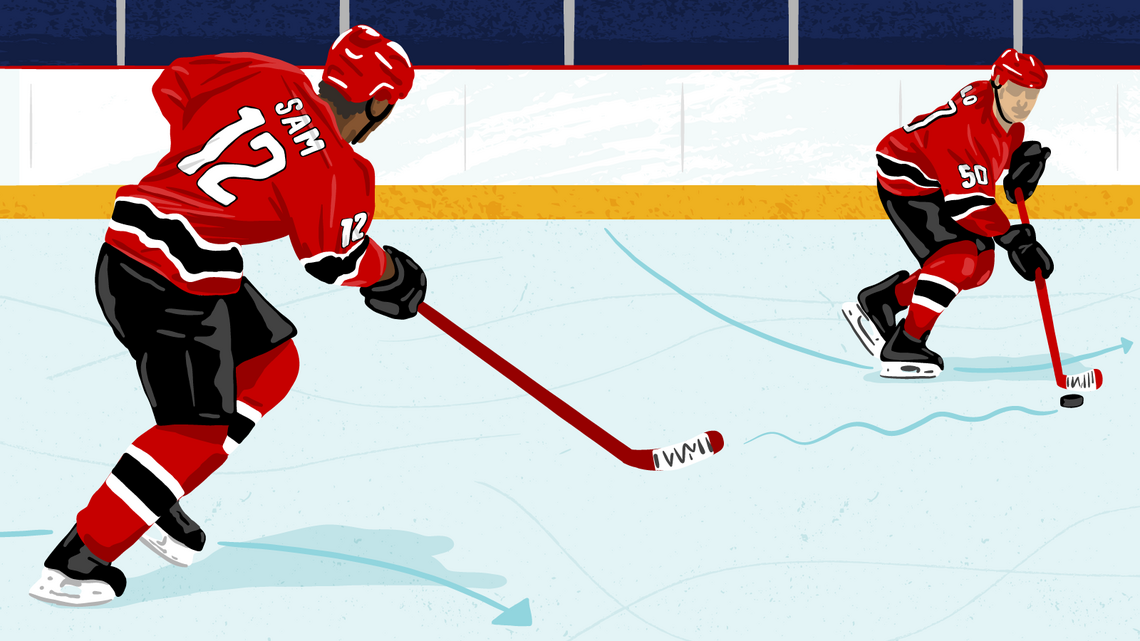 DZero and TOTEM were both looking at patterns from a type of interaction called elastic scattering, in which fast-moving hadrons meet and exchange particles without breaking apart. Grannis likens it to two hockey players passing a heavy puck.

“If Sam slides a big hockey puck to Flo, Sam is going to recoil when he throws it, and Flo will recoil when she catches it,” he says.

Like the hockey players, the hadrons drift off course after passing the “puck.” Both DZero and TOTEM have specialized detectors a few hundred meters from the interaction points to capture the deflected “Sams” and “Flos.” By measuring their momenta and how much their trajectories changed, physicists can deduce the properties of the puck that passed between them.

In the elastic scattering that DZero and TOTEM study, these subatomic pucks are almost exclusively gluons: force-carrying subatomic particles that live inside hadrons. Because of quantum mechanical conservation laws, the exchanged gluons must always clump with other gluons. Scientists study these gluon-clump exchanges to learn about the structure of matter.

“Every time we turn on a new accelerator, we hope to reach a high enough energy to see the internal workings of protons,” Giani says. “There is this ambition to purely distill the effect of the gluons and not that of the quarks.”

Scattering data had already revealed that gluons can clump in even numbers and move between passing hadrons. But scientists were unsure if this same principle would apply to clumps consisting of an odd number of gluons. Theorists predicted the existence of these odd-numbered clumps, which they called odderons, 50 years ago. But odderons had never been observed experimentally. 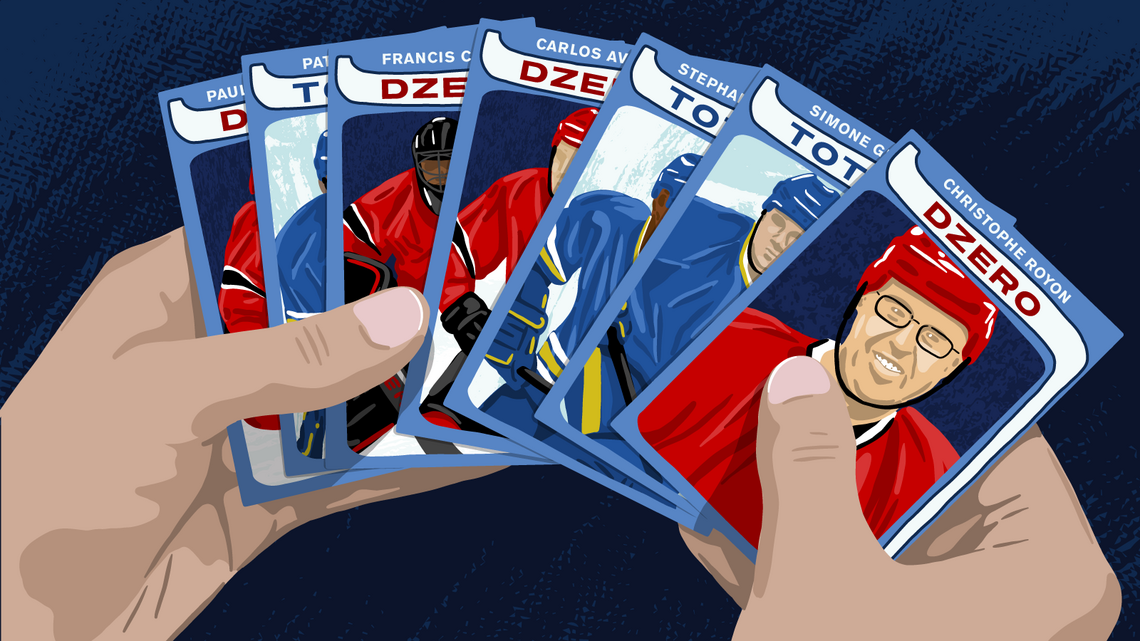 When physicists build a new flagship accelerator, they almost always make a major leap in energy. But they also make other changes, such as what kinds of particles to use in the collider. Because of this, comparing scattering data from different generations of accelerators—such as the Tevatron and LHC—has been difficult.

“It has been impossible to disentangle if the scattering discrepancies are because of the intrinsic differences between protons and antiprotons, or because the energy of the accelerator is different every time,” Giani says.

But physicists realized that these discrepancies between the Tevatron and LHC might be a blessing and not a curse. In fact, they thought they could be essential for uncovering the odderon.

The matter or antimatter nature of the colliding hadrons would be unimportant if odderons didn’t exist and all the gluon “pucks” contained an even number of gluons. But the identities of these hadronic “Sams” and “Flos” (and specifically, whether Sam and Flo are both made from matter, or whether one of them is made from antimatter) should influence how easily they can exchange odderons.

Blast from the past

The plan for TOTEM to work with DZero solidified in 2018 over drinks at CERN’s Restaurant 1.

“When we did a rough comparison [between the Tevatron and LHC results] on a piece of paper, we already saw some differences,” Royon says. “This was the starting point.”

A few months later, Avila was remotely logging into his old Fermilab account and trying to access the approximately 20 gigabytes of Tevatron data that he and his colleagues had analyzed years earlier.

“The first time we tried to look at the data, none of the codes that we were using 10 years ago were working,” Avila says. “The software was already obsolete. We had to restore all the software and put it together with newer versions.”

Another big challenge was comparing the Tevatron data with the LHC data and compensating for the different energies of the two accelerators. “That was the tricky part,” Grannis says.

The DZero and TOTEM researchers regularly met over Zoom to check in on their progress and discuss ideas for how they could compare their data in the same energy regime.

“The DZero people were concentrating on extracting the best possible information from DZero data, and the TOTEM people were doing the same for TOTEM,” Royon says. “My job was to unify the two communities.”

“We did many cross checks,” Royon says. “It took one year to make sure we were correct.”

The discrepancy between the proton-proton and proton-antiproton data showed that these hadrons were passing a new kind of subatomic puck. When combined with the 2018 TOTEM analysis, they had a high enough statistical significance to claim a discovery: They had finally found the odderon.

An international team of scientists worked on the research. The US contribution was funded by the US Department of Energy and the National Science Foundation. “This is definitely the result of hard work from hundreds of people originating from everywhere in the world,” Royon says.

For Avila, the discovery was just one of the many bonuses associated with teaming up with his old DZero colleagues on this new project. “You build strong friendships while doing research,” he says. “Even if you don’t stay in touch closely, you know these people and you know that working with them is really exciting.”

Avila also says this discovery shows the value of keeping the legacy of older experiments alive.

“We shouldn’t forget about this old data,” Avila says. “It can still bring new details about how nature behaves. It has a good scientific value no matter how many years have passed.”