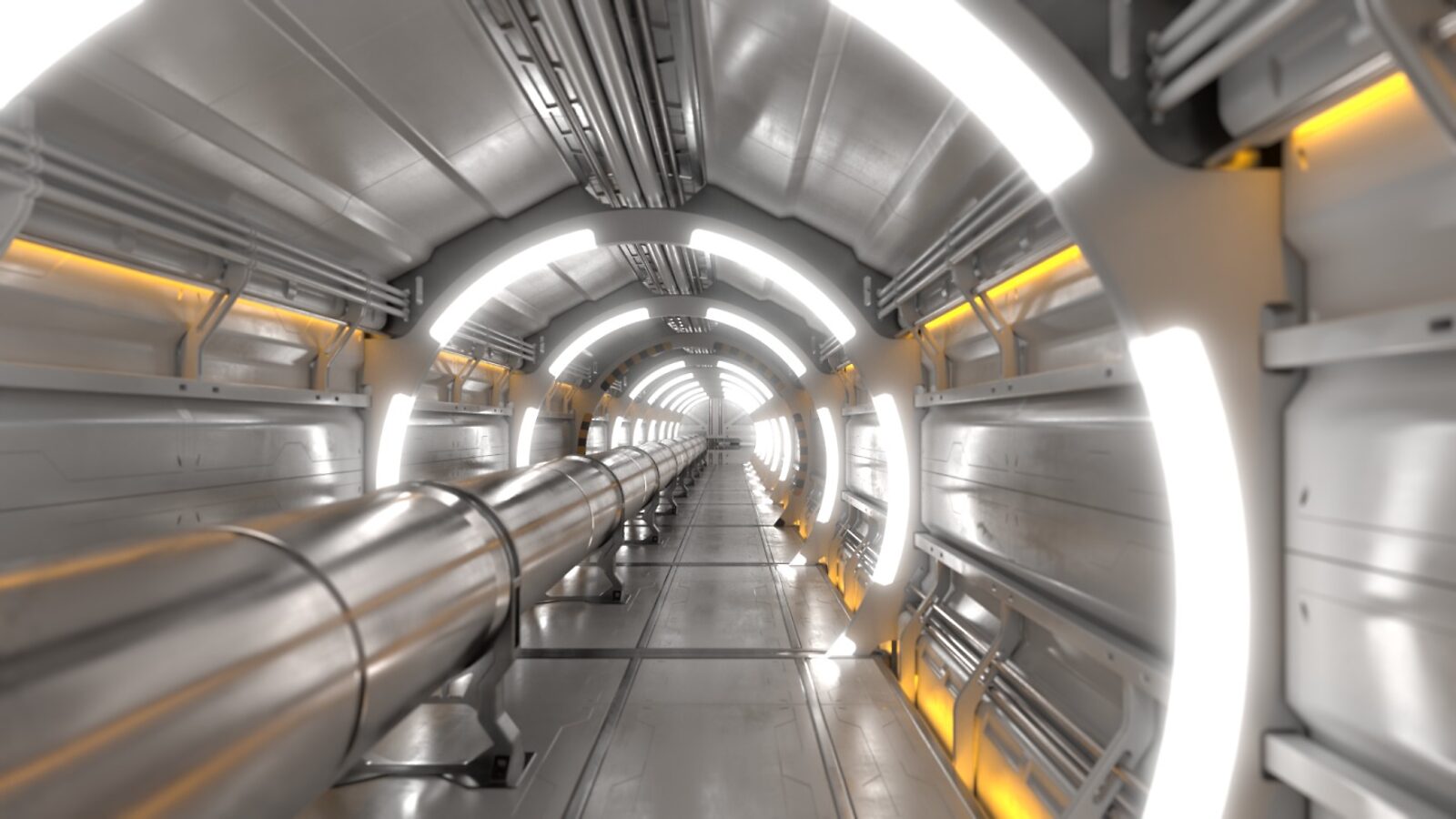 Most scientific conferences balance serious physics discussions with at least some amount of leisure time. Not the international 2010 High-Energy LHC Workshop.

The workshop was held in Malta, a Mediterranean island country and tourist destination south of Italy. But “we were picked up by a bus early in the morning, and then dropped back at the hotel late at night,” says Frank Zimmermann, an accelerator physicist at CERN. “The Russians were swimming in the ocean after midnight. There was no time to relax.”

The question that so dominated the workshop participants’ time: What next-generation accelerator should they build in CERN’s 17-mile subterranean tunnel once the experiments at the Large Hadron Collider were complete? The answer was not obvious.

“We asked a very prominent theoretical physicist to give us a talk, which was supposed to motivate and excite us,” CERN scientist Steve Myers wrote in the scientific journal Physical Review Accelerators and Beams.

According to the presentation, the maximum energy another 17-mile accelerator could achieve was double the LHC’s design value: from 14 to 30 TeV. “Basically, the prominent physicist said, ‘Doubling the LHC energy would be nice!’”

“Nice” did not inspire, Myers wrote. “For me this was a clear ‘no go’ message. How could we justify spending billions of Swiss Francs on a project that would be ‘nice’ for physics?”

After many hours of debate, the participants came to a new realization: If they wanted the next accelerator to be worth it, they needed a bigger tunnel. “It came out accidentally,” Zimmermann says. “That was not the purpose of the workshop.”

“When we do this kind of big exploration, we always learn new things.”

Four years later, the physicists took the lessons they learned in Malta and hosted another workshop: The Future Circular Collider Study Kickoff Meeting, held at the University of Geneva. This time, they went big, discussing a 100-TeV circular proton collider to be built in a new subterranean tunnel between 80 and 100 kilometers (50 and 62 miles) long. This proposed collider would connect to CERN’s pre-existing accelerator complex, pass under nearby Lake Geneva and then encircle the Salève mountain.

“We need to go significantly beyond what we can do today,” says Markus Klute, a physics professor at the Massachusetts Institute of Technology. “When we do this kind of big exploration, we always learn new things. Even if we don’t see new physics, that is still a breakthrough. We cannot lose, not with a machine like this.”

The US Department of Energy and CERN recently signed an agreement to conduct joint research on the feasibility of the Future Circular Collider, or FCC, with a circular electron-positron collider as a possible first stage. Physicists have also put years into developing plans for other possible next accelerators, such as the Compact Linear Collider at CERN, the International Linear Collider in Japan, the Circular Electron-Positron Collider and Super Proton-Proton Collider in China, and even a muon collider in the United States.

Scientists in countries and regions around the world are considering the possibilities. “Individuals have their own preferences,” Klute says.

The results of these discussions will shape the next 100 years of particle physics research.

Scientists began working on this years ago because they know supercolliders don’t come together overnight. In fact, the first formal proposal for the LHC came in 1984. It was only in 2010—26 years after scientists submitted their initial proposal—that the LHC’s experiments saw first collisions.

Not every proposed accelerator will be built. The approval for the LHC came just one year after the cancelation of an accelerator the US planned to build in an 84-kilometer (52-mile) tunnel in Texas, the Superconducting Supercollider.

“Originally, the SSC was competing with the LHC,” Zimmermann says. “The SSC cancellation helped the LHC get approved, and then the US joined the LHC.”

While often heartbreaking, this competition between accelerators is also necessary, Zimmermann says. “We need a minimum amount of competition between projects, because it’s not good to only have one idea. The competing projects are stimulating and challenging each other, pushing colliders to maximum performance.”

Even if a project never materializes, the expertise gained from planning it is often rolled into other proposals.

“It’s an open community with no real secrets,” says Charlie Young, a physicist at the US Department of Energy’s SLAC National Accelerator Laboratory who works on the LHC’s ATLAS experiment. “We learn from each other and incorporate the best ideas into our designs.”

Accelerator R&D for proposed projects can benefit fields outside of physics as well: The technology developed for CLIC, for example, is already being transferred to accelerator-based treatments for cancer.

Designing a cutting-edge machine requires proposing technology that is beyond what is currently possible, Young says.

“Fifty years ago, no one would have believed you if you said you were going to build 8-tesla magnets for the LHC,” Young says. “To this day, I’m still amazed at how reliable the LHC’s magnets are.”

Engineers at Fermi National Accelerator Laboratory have since constructed an accelerator magnet that reached a record-breaking field strength of 14.5 tesla. The FCC would need thousands of accelerating magnets operating at a field strength of 16 tesla. “No one knows how to build them,” Young says. “But on paper, we have the conductors, we know where to put them, we understand the forces—it’s not like we’re violating a law of physics. It’s just an extraordinarily difficult engineering feat.”

Many physicists today split their time between the present and the future: performing research with data from the LHC while also planning for the next major collider project.