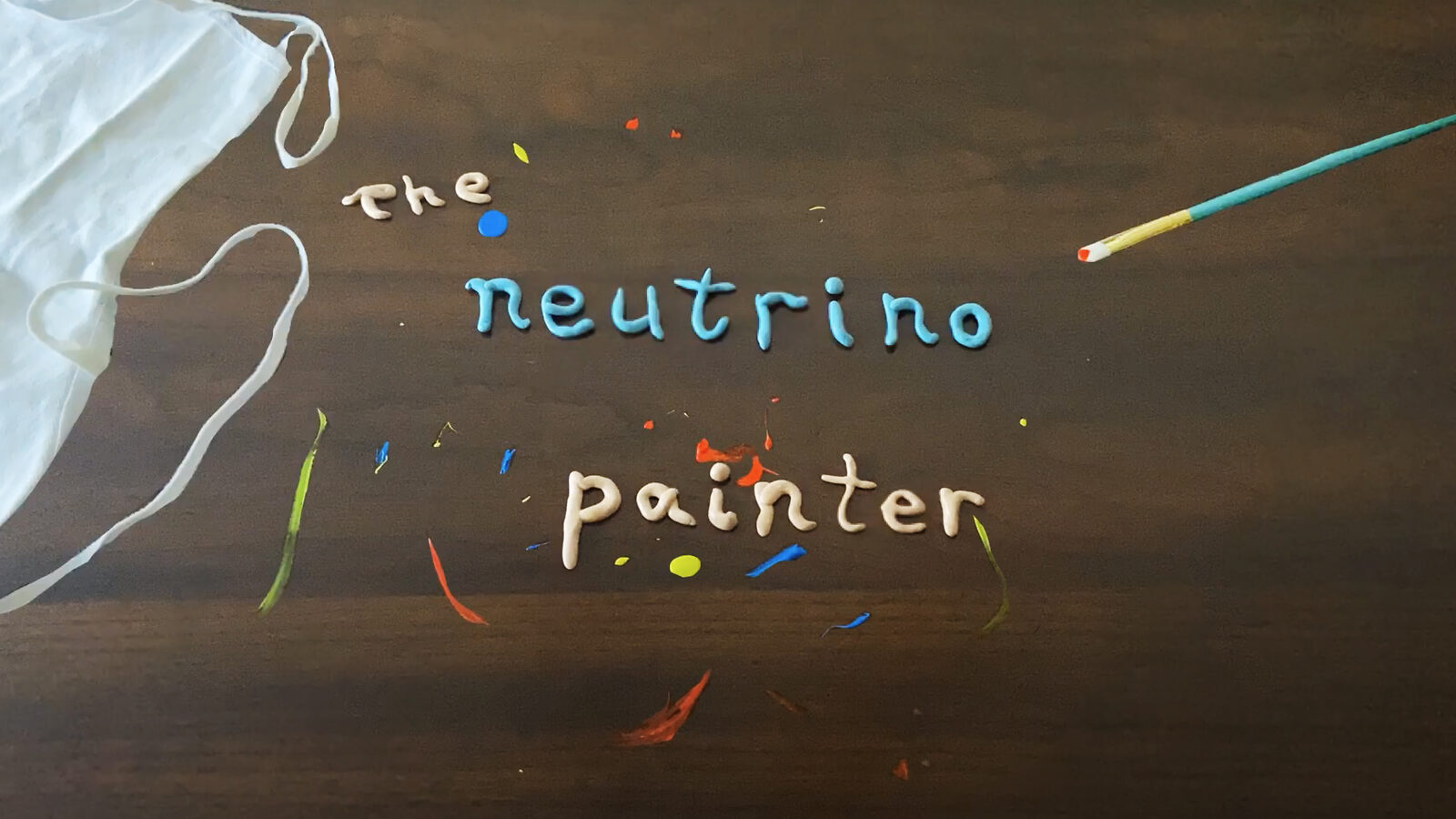 Particle physics is driven by surprise. Researchers in the 1960s studying tiny but ubiquitous particles called neutrinos found only a fraction of what they expected to be in their detector. That unexpected result eventually led to the discovery that neutrinos are shape-shifters, oscillating between three types as they travel.

Scientists are still studying these tiny transformers, and their antimatter counterparts, in the hopes that their properties might explain an even bigger mystery: Why we exist at all. Leading physics theories suggest the Big Bang should have created equal amounts of matter and antimatter, which should have annihilated one another completely. If neutrinos and antineutrinos behave differently, it could help explain how matter came to dominate our universe.

In this stop-motion video, Symmetry writer Zack Savitsky imagines a painter discovering a similar surprise among his art supplies.