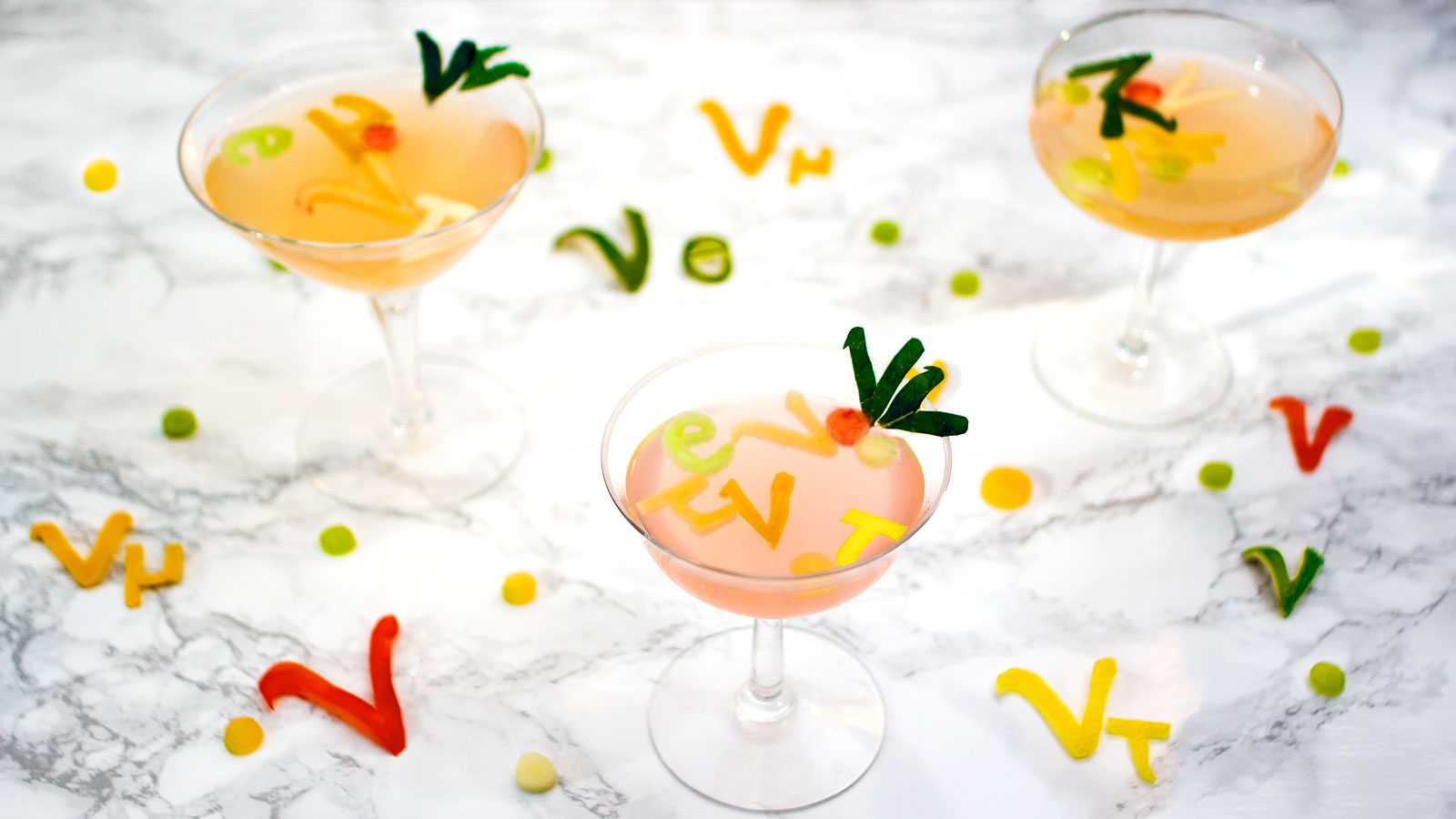 For a neutrino, travel is truly life-changing. When one of the tiny particles ends its 500-mile journey from Fermilab’s neutrino source to the NOvA experiment’s detector in Minnesota, it may arrive in an entirely different state than when it started. The particles, which zip through most matter without any interaction at all, can change from one of the three known neutrino varieties into another, a phenomenon known as oscillation.

Due to quantum mechanics, a traveling neutrino is actually in several different states at once. This is a result of a property known as mixing, and though it sounds esoteric, it’s necessary for some of the most important reactions in the universe—and studying it may hold the key to one of the biggest puzzles in particle physics.

Though mixing happens with several types of particles, physicists are focusing on lepton mixing, which occurs in one kind of lepton, the elusive neutrino. There are three known types, or flavors, of neutrinos—electron, muon and tau—and also three mass types, or mass states. But unlike objects in our everyday world, where an apple is always heavier than a grape, neutrino mass states and flavors do not have a one-to-one correspondence.

“When we say there’s mixing between the masses and the flavors, what we mean is that the electron flavor is not only one mass of neutrino,” says Kevin McFarland, a physics professor at Rochester University and co-spokesperson for the MINERvA neutrino experiment at the Department of Energy’s Fermilab.

At any given point in time, a neutrino is some fraction of all three different mass states, adding up to 1. There is more overlap between some flavors and some mass states. When neutrinos are in a state of definite mass, scientists say they’re in their mass eigenstates. Physicists use the term mixing angle to describe this overlap. A small mixing angle means there is little overlap, while maximum mixing angle describes a situation where the parameters are as evenly mixed as possible.

Mixing angles have constant values, and physicists don't know why those particular values are found in nature. 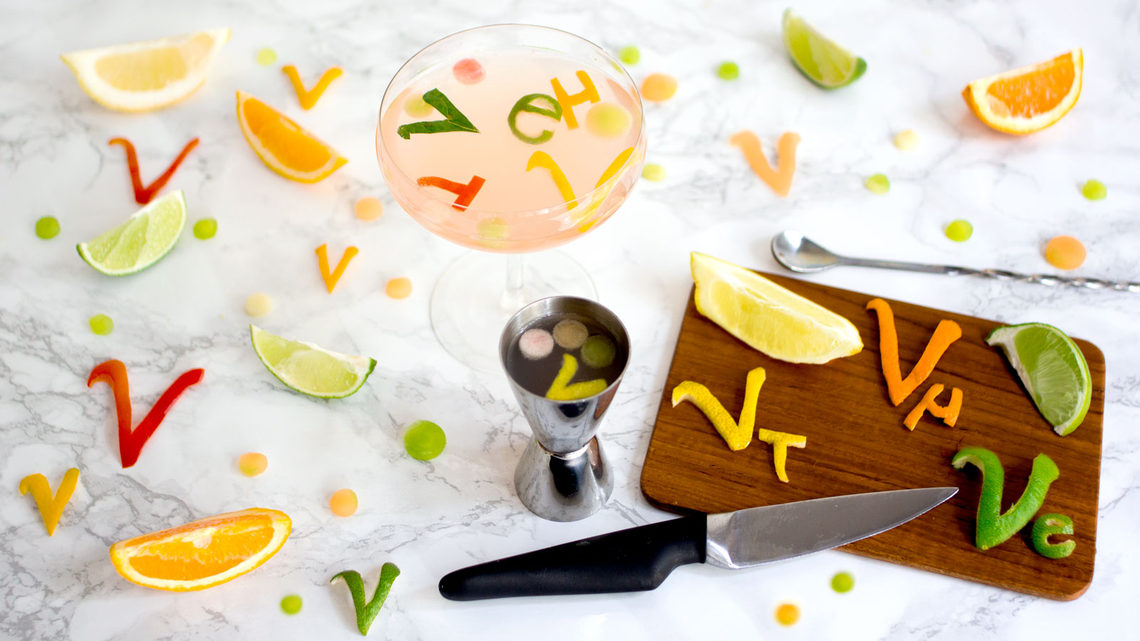 “This is given by nature,” says Patrick Huber, a theoretical physicist at Virginia Tech. “We very much would like to understand why these numbers are what they are. There are theories out there to try to explain them, but we really don’t know where this is coming from.”

In order to find out, physicists need large experiments where they can control the creation of neutrinos and study their interactions in a detector. In 2011, the Daya Bay experiment in China began studying antineutrinos produced from nuclear power plants, which generate tens of megawatts of power in antineutrinos. That’s an astonishing number; for comparison, beams of neutrinos created at labs are in the kilowatt range. Just a year later, scientists working there nailed down one of the mixing angles, known as theta13 (pronounced theta one three).

The discovery was a crucial one, confirming that all mixing angles are greater than zero. That property is necessary for physicists to begin using neutrino mixing as a probe for one of the greatest mysteries of the universe: why there is any matter at all.

According to the Standard Model of cosmology, the Big Bang should have created equal amounts of matter and antimatter. Because the two annihilate each other upon contact, the fact that any matter exists at all shows that the balance somehow tipped in favor of matter. This violates a rule known as charge-parity symmetry, or CP symmetry.

One way to study CP violation is to look for instances where a matter particle behaves differently than its antimatter counterpart. Physicists are looking for a specific value in a mixing parameter, known as a complex phase, in neutrino mixing, which would be evidence of CP violation in neutrinos. And the Daya Bay result paved the way.

“Now we know, OK, we have a nonzero value for all mixing angles,” says Kam Biu-Luk, spokesperson for the Daya Bay collaboration. “As a result, we know we have a chance to design a new experiment to go after CP violation.”

Information collected from Daya Bay, as well as ongoing neutrino experiments such as NOvA at Fermilab and T2K in Japan, will be used to help untangle the data from the upcoming international Deep Underground Neutrino Experiment (DUNE). This will be the largest accelerator-based neutrino experiment yet, sending the particles on an 800-mile odyssey into massive detectors filled with 70,000 total tons of liquid argon. The hope is that the experiment will yield precise data about the complex phase, revealing the mechanism that allowed matter to flourish.

“Neutrino oscillation is in a sense new physics, but now we’re looking for new physics inside of that,” Huber says. “In a precision experiment like DUNE we’ll have the ability to test for these extra things beyond only oscillations.”

Neutrinos are not the only particles that exhibit mixing. Building blocks called quarks exhibit the property too.

Physicists don’t yet know if mixing is an inherent property of all particles. But from what they know so far, it’s clear that mixing is fundamental to powering the universe.

“Without this mixing, without these reactions, there are all sorts of critical processes in the universe that just wouldn’t happen,” McFarland says. “It seems nature likes to have that happen. And we don’t know why.”