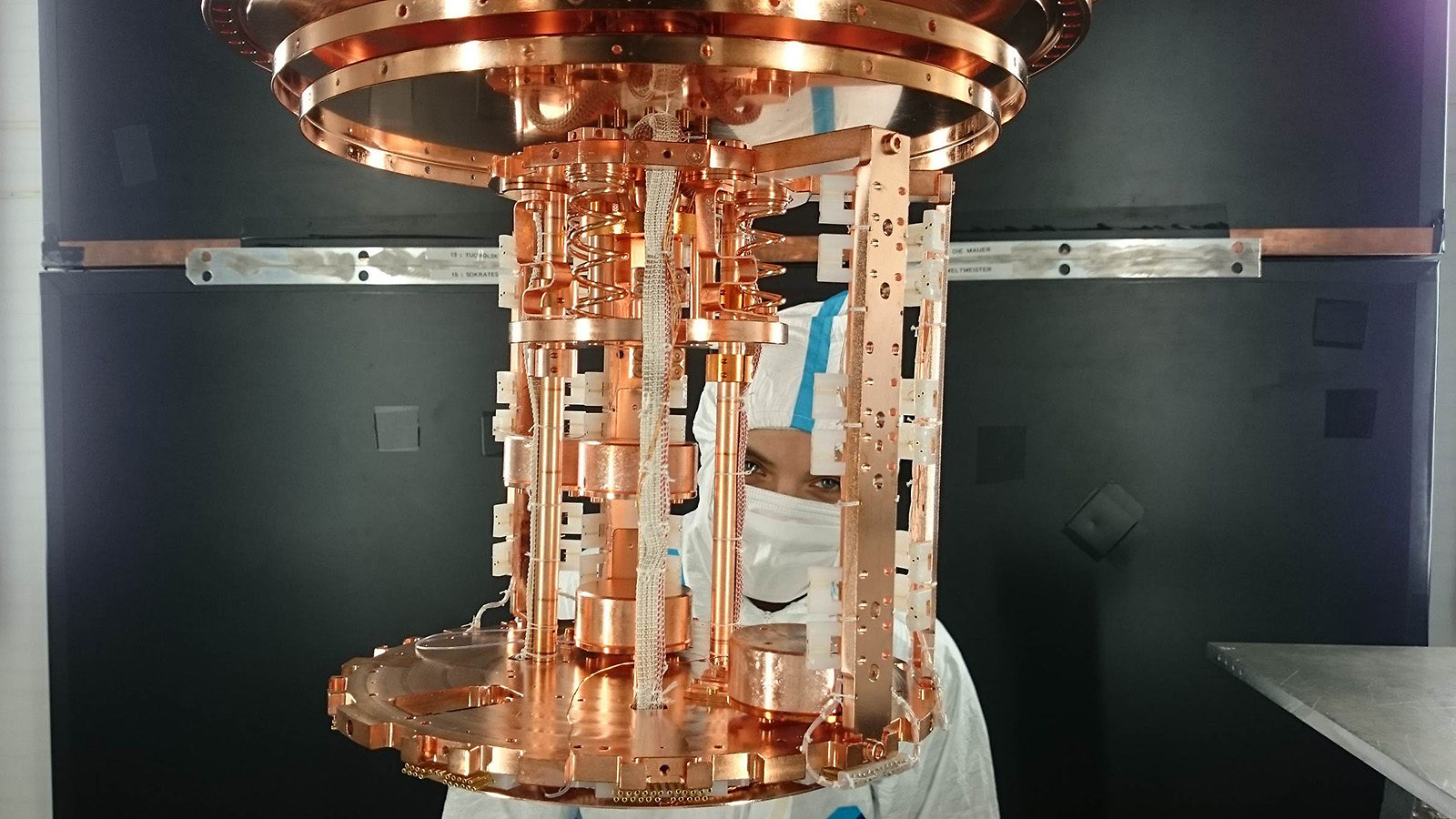 It’s a seemingly paradoxical but important question in particle physics: Can dark matter be light?

Light in this case refers to the mass of the as-yet undiscovered particle or group of particles that may make up dark matter, the unseen stuff that accounts for about 85 percent of all matter in the universe.

Ever-more-sensitive particle detectors, experimental hints and evolving theories about the makeup of dark matter are driving this expanding search for lighter and lighter particles—even below the mass of a single proton—with several experiments giving chase.

An alternative to WIMPs?

Theorized weakly interacting massive particles, or WIMPs, are counted among the leading candidates for dark matter particles. They most tidily fit some of the leading models.

Possible low-energy signals measured at underground dark matter experiments CoGeNT in Minnesota and DAMA/LIBRA in Italy, along with earlier hints of dark matter particles in space observations of our galaxy’s center by the Fermi Gamma-ray Space Telescope, excited interest in a mass range below about 11 billion electronvolts—roughly 11 times the mass of a proton.

Such low-energy particles could be thought of as lighter, “wimpier” WIMPs, or they could be a different kind of particles: light dark matter.

SuperCDMS, an WIMP-hunting experiment in the Soudan Underground Laboratory in Minnesota, created a special search mode, called CDMSlite, to make its detectors sensitive to particles with mass reaching below 5 billion electronvolts. With planned upgrades, CDMSlite should eventually be able to stretch down to detect particles with a mass about 50 times less than this.

In September, the CDMS collaboration released results that narrow the parameters used to search for light WIMPs in a mass range of 1.6 billion to 5.5 billion electronvolts.

Also in September, collaborators with the CRESST experiment (pictured above) at Gran Sasso laboratory in Italy released results that explored for the first time masses down to 0.5 billion electronvolts.

Other underground experiments, such as LUX at the Sanford Underground Research Facility in South Dakota, EDELWEISS at Modane Underground Laboratory in France, and DAMIC at SNOLAB in Canada, are also working to detect light dark matter particles. Many more experiments, including Earth- and space-based telescopes and CERN’s Large Hadron Collider, are playing a role in the dark matter hunt as well.

This hunt has broadened in many directions, says David Kaplan, a physics professor at Johns Hopkins University.

“Incredible progress has been made—scientists literally gained over 10 orders of magnitude in sensitivity from the beginning of really dedicated WIMP experiments until now,” he says. “In a sense, the WIMP is the most boring possibility. And if the WIMP is ruled out, it’s an extremely interesting time.”

Peter Graham, an assistant professor of physics at Stanford University, says the light dark matter search is especially intriguing because any discovery in the light dark matter range would fly in the face of classical physics theories. “If we find it, it won’t be in the Standard Model,” he says.

The experiments searching for light dark matter are working together to see through the background particles that can obscure their searches, says Dan Bauer, spokesman for the SuperCDMS collaboration and group leader for the effort at Fermilab.

“In this whole field, it’s competitive but it’s also collaborative,” he says. “We all share information.”

The next few months will bring new results from the CDMSlite experiment and for CRESST.

An upgrade, now in progress, will push the lower limits of the CRESST detectors to about 0.1 billion to 0.2 billion electronvolts, says Federica Petricca, a researcher at the Max Planck Institute for Physics and spokesperson for the CRESST experiment.

“The community has learned to be a bit more open and not to focus on a specific region of the mass range of the dark matter particle,” Petricca says. “I think this is interesting simply because there are motivated theories behind this, and there is no reason to limit the search to some specific model.”

Researchers are also looking out for future results from an experiment called DAMIC. DAMIC searches for signs of dark matter using an array of specialized  charge-coupled devices, similar to the light-sensitive sensors found in today’s smartphone cameras.

DAMIC already can search for particles with a mass below 6 billion electronvolts. The experiment’s next iteration, known as DAMIC100, should be able to take measurements below 0.3 billion electronvolts after it starts up in 2016, says DAMIC spokesperson Juan Estrada of Fermilab.

“I think it is very valuable to have several experiments that are looking in the same region,” Estrada says, “because it doesn’t look like any single experiment will be able to confirm a dark matter signal—we will need to have many experiments.

“There is still a lot of room for innovation.”