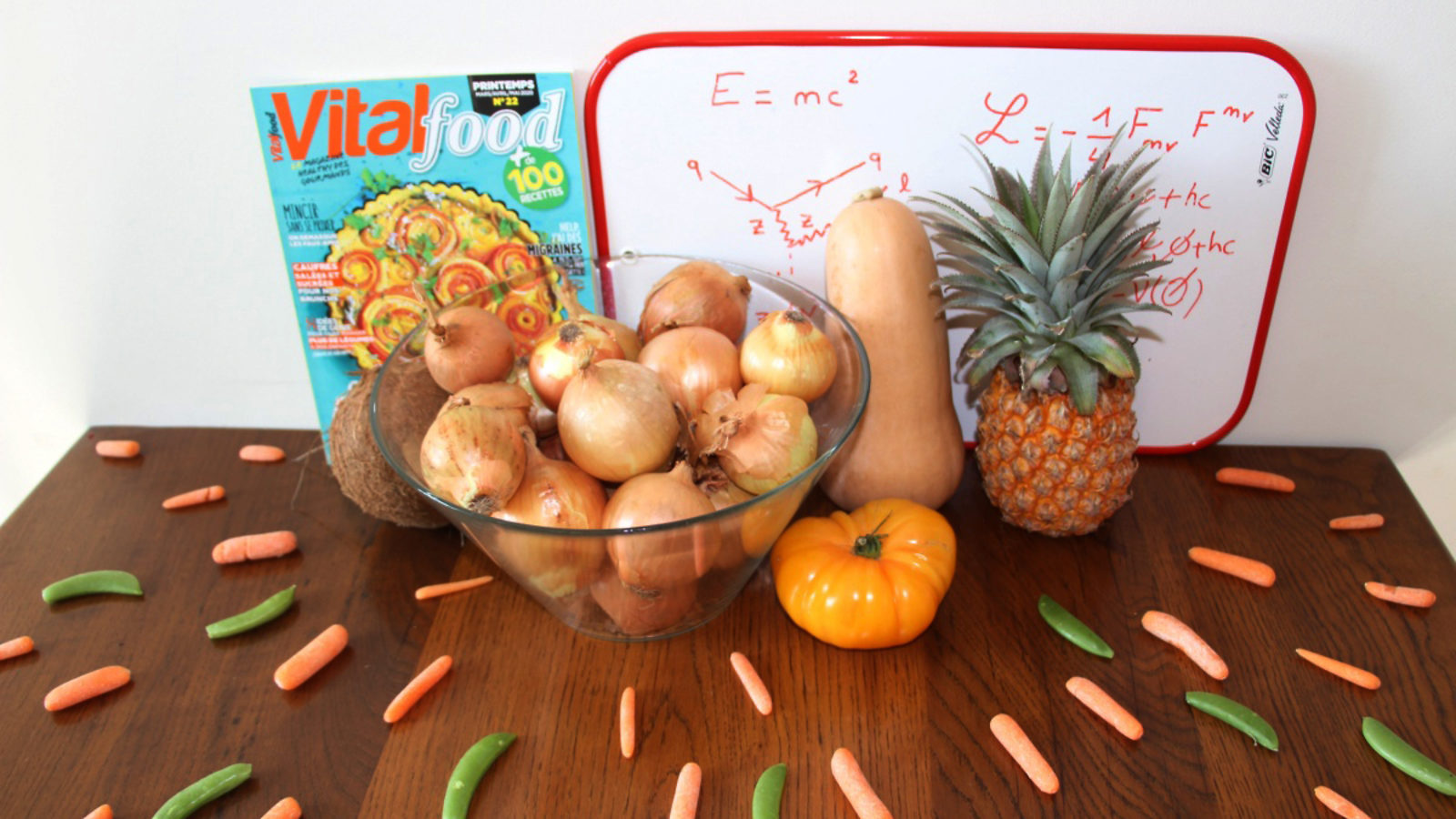 In this stop-motion animation, Symmetry writer Sarah Charley, stuck at home in France during the global pandemic, depicts a short story in which a physicist (played by her partner, Maxime) is unable to cook what he wants with the ingredients he has. It’s not easy to get to the grocery while sheltering in place, so he decides to use the physics at work in the Large Hadron Collider to get what he needs.

The LHC accelerates tiny particles called protons and smashes them together. The energy from those collisions converts into more massive particles such as Higgs bosons, which then quickly decay, releasing their energy in the form of less massive particles. Maxime quickly scribbles down some Feynman diagrams and an equation representing the Standard Model of particle physics and decides to test whether the same principles can be applied to dinner.