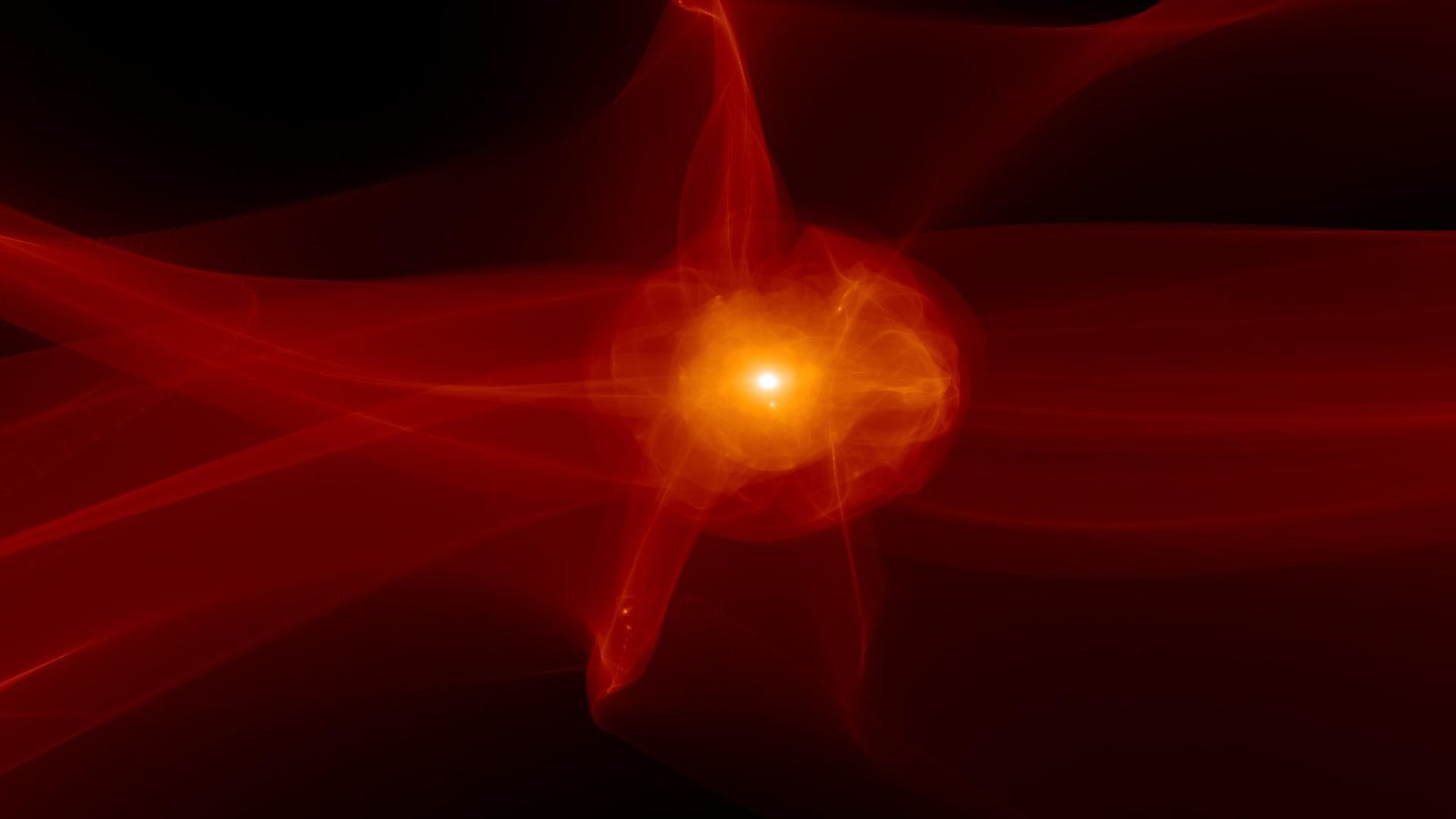 When a Higgs boson is created in the high-energy proton collisions inside the Large Hadron Collider, it is so unstable that it immediately decays into other, less massive particles. Physicists catch the leftovers in their detectors and use them to determine whether the original dish could have been a Higgs—a rare delicacy which is only produced in about one in a billion collisions.

But some precious Higgs bosons could be slipping through undetected because they are escaping as invisible particles of dark matter.

Dark matter is not a part of the Standard Model, but astronomers have seen evidence of its existence, says physicist Doug Schaefer, a postdoc at the University of Chicago who works on the ATLAS experiment at the LHC. “When we look up at the sky, there are quite a few things that don’t seem to follow the physical laws that we follow here on Earth,” he says. “It looks like there should be more matter in the universe than we can see visually.”

Scientists can map the abundance of dark matter in neighboring galaxies by looking at the effects of its gravitational pull. But to find individual dark matter particles, they need a new tool. Physicists are wondering if that tool could be the Higgs boson.

It would make sense for Higgs bosons to be connected to dark matter; the Higgs gives mass to elementary particles, and one of the few things astronomers know about dark matter is that it has mass.

If some Higgs bosons are decaying into dark matter, then they would escape the detectors at the LHC without being seen. But that doesn’t mean there’s no way for scientists to find them.

Just as scientists can predict how Higgs bosons decay, they also know the recipes for how Higgs bosons can be made. One of these Higgs recipes comes paired with a side dish of two quarks. If Higgs bosons are slipping off undetected, some of them should leave these unaccompanied quarks behind.

According to theorist Jonas Lindert, a research fellow at the University of Sussex who is collaborating with ATLAS, theory alone is not accurate enough to determine how often scientists should see these two quarks materializing in the detector as jets of leftover particles. “There are many other processes in the Standard Model that look exactly the same as an invisibly decaying Higgs boson,” he says. “The uncertainties are too large.”

Instead, physicists and theorists have been turning to data-driven methodology to understand the background and reduce the uncertainties. These methods use experimental measurements of similar processes combined with theory to derive more realistic predictions.

“It’s like looking at how much money your cousin receives for his birthday to estimate how much you’ll get,” Lindert says.

The closest known relatives of the Higgs are the W and Z bosons, which are also sometimes produced using the same subatomic recipe as these Higgs bosons, leaving behind the same two quarks.

"In this sense, looking at relations between the closest relatives of the Higgs—the Z and W bosons—can help to find the invisible Higgs," Lindert says.

After scaling the predictions and scouring the data, Lindert, Rifki, Schaefer and their colleagues found that no more than 13% of Higgs bosons produced at the LHC through this mechanism could be escaping as dark matter.

This is the best estimate scientists have made for the size of the invisible Higgs sector. The next step is to collect more data and hone their techniques to narrow in on these invisible decays.

“It’s like looking at something very small,” Rifki says. “Right now, we can’t see anything other than what we already know. But that doesn’t mean there is nothing new there. It could just mean that we need a more powerful lens.”

Lindert sees this collaboration as a good example of what theorists and experimentalists can accomplish when they combine their skills and work together.

“Leave no stone unturned,” Lindert says. “We might find new physics at any time.”