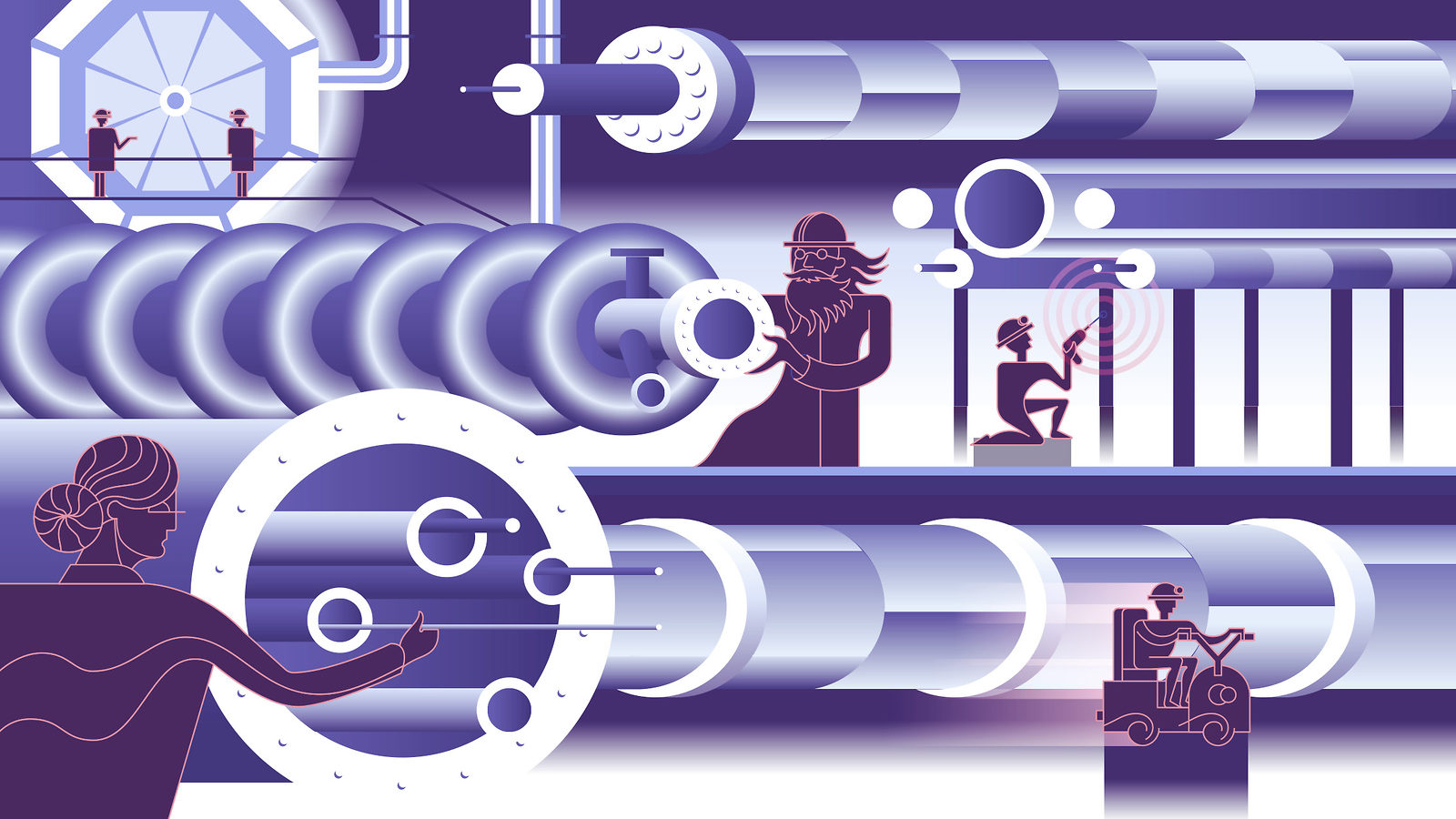 The hottest job in physics?

Accelerator scientists are in demand at labs and beyond.

While the supply of accelerator physicists in the United States has grown modestly over the last decade, it hasn’t been able to catch up with demand fueled by industry interest in medical particle accelerators and growing collaborations at the national labs.

About 15 PhDs in accelerator physics are granted by US universities each year. That’s up from around 12 per year, a rate that held relatively steady from 1985 to 2005. But accelerator physicists often come to the field without a specialized degree. For people like Yunhai Cai of the US Department of Energy's SLAC National Accelerator Laboratory, this has been a blessing and a curse. A blessing because high demand meant Cai found a ready job after his post doctoral studies, even though his expertise was in particle theory and he had never worked on accelerators. A curse because now, despite the growth, his field is still in need of more experts.

“Eleven of DOE’s seventeen national laboratories use large particle accelerators as one of their primary scientific instruments,” says Eric Colby, senior technical advisor for the Office of High Energy Physics at DOE. That means plenty of job opportunities for those coming out of special training programs or eager to transfer from another field. “These are major projects that will require hundreds of accelerator physicists and engineers to successfully complete.”

Cai, now a senior staff scientist at SLAC and head of the Free-Electron Laser and Beam Physics Department, is one of many scientists recruited from other fields. The transition is intensive, and Cai considers himself fortunate that his academic background taught him the mathematical principles behind his first job.

Notwithstanding, “the most valuable help was the trust of many leaders in the field of accelerators,” Cai says. “They offered me a position knowing I had no experience in the field.”

Training specialists from other fields is a common and successful practice, says Lia Merminga, associate lab director for accelerators at SLAC. A planned upgrade to SLAC's Linac Coherent Light Source is creating a high demand for specialized accelerator experts, such as cryogenics engineers and superconducting radio frequency (SRF) physicists and engineers.

“Instead of hiring trained cryogenics engineers who are in short supply, we hire mechanical engineers and train them in cryogenics either by providing for hands-on experience or with coursework,” Merminga says.

The National Science Foundation has recently provided a boost to university research, which could help produce more accelerator scientists. In 2014 NSF launched their Accelerator Science program, distributing a total of $18.8 million in research funds, divided among approximately 30 awards in 2014 and 2015. The grants seed and support fundamental accelerator science at universities independent of government projects. Additionally, the program aims to entice students to accelerator science by challenging recipients to develop potentially disruptive technologies and ideas that could lead to breakthrough discoveries, as well as by supporting student travel to major accelerator science conferences.

“We are looking for high-risk, transformational ideas cross-cutting with other academic disciplines, with the goal of attracting the best students and postdocs,” says Vyacheslav Lukin, accelerator science program director at NSF. “Such students tend to gravitate toward the truly challenging problems with potential for novel solutions.”

Significantly, the NSF program recognizes accelerator science as a distinct field, which many institutions have been slow to do.

“There are few universities offering disciplines in the field of accelerators,” Cai says. “Most importantly, many people think it is [only] an engineering field.” Similar concerns were raised in responses to a 2015 Request for Information posted by DOE on the issue of too few accelerator physicists. Multiple respondents pointed out that many research awards don’t include work with accelerators.

Others believe solutions lie in outreach. SLAC has instituted programs to introduce undergraduates to research opportunities in accelerator science and plans to extend partnerships and internships to more schools and industries. Some respondents have pushed even further, supporting K-12 outreach as well.

Colby says that DOE will be implementing some of the suggestions over the next few years to strengthen its decades-long tradition of sponsoring accelerator science that supports its mission. 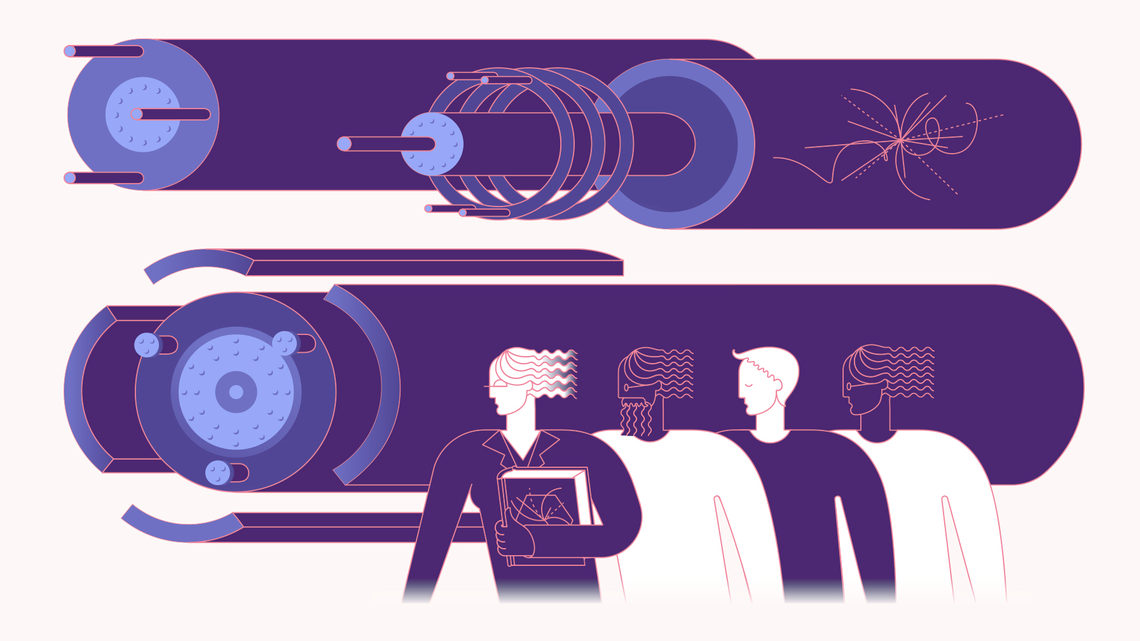 The NSF funding is not the only effort to foster growth. An adequate accelerator for students to train on can be an enormous boon to a university, so DOE has historically supported university programs by granting access to beams at national labs.

Northern Illinois University has supported its Northern Illinois Center for Accelerator and Detector Development this way for fifteen years. NICADD fosters development of a new generation of accelerator and detector technologies. Faculty and students at NICADD also have access to Fermilab and Argonne National Laboratory facilities for research and instruction. The labs, in turn, work with the jointly appointed faculty on major projects such as Muon g-2, Mu2e and DUNE at Fermilab or CERN’s ATLAS experiment through Argonne. The program has also collaborated on international experiments such as CERN’s AWAKE and ALPHA in its own right. University and labs may share the costs of hiring new faculty, enabling the parties to develop a world-class accelerator research enterprise and generate significant research income.

NICADD “has done quite well recruiting graduate students in accelerator physics,” says David Hedin, acting director. “We attribute this to the scarcity of graduate programs in the subfield and to our close connection to Fermilab.”

A similar partnership formed between Old Dominion University and Thomas Jefferson National Accelerator Facility in 2008. The Facility for Rare Isotope Beams, a joint project between DOE and Michigan State University, promises to boost an already strong NSF-supported program at the school, and Brookhaven National Laboratory partnering with Stony Brook University has formed the Center for Accelerator Studies and Education. SLAC partners primarily with Stanford University, but also works with other schools, including the University of California, Los Angeles.

“Labs such as SLAC, with a broad accelerator research portfolio, guidance from world-renowned accelerator physicists, leading test facilities where students can get hands-on training, and connections to Stanford and Silicon Valley, offer an ideal environment for student training in accelerator science,” Merminga says.

DOE fills those gaps with the US Particle Accelerator School (USPAS). The semi-annual, traveling two-week session of rigorous courses trains students and professionals alike in both general and specialized courses.

“US accelerator school provides a critical service to schools that do have PhD programs in accelerator physics by essentially providing all the advanced courses,” says Bill Barletta, who directs the program. Universities give their students credit for coursework completed through USPAS that often is not offered at their own institution.

Barletta says roughly a third of participants are non-accelerator specialists transitioning into accelerator roles. Cai, who is familiar with that path from his own career change, has taught at USPAS twice – offering his mentorship in special topics such as charged particle optics and beam dynamics.

Creating more accelerator scientists is valuable for both academia and industry, where particle accelerators are used for work in energy and medicine. The value of the accelerator science industry is estimated to be growing by approximately 10 percent each year.

“The real increase has been in medical accelerators, with a number of new companies getting into the proton therapy business,” says Robert Hamm, CEO of R&M Technical Enterprises, an accelerator consulting group. “This has been the most significant factor in the industrial demand for accelerator physicists.”

Most private companies only have the training resources to specialize new hires on their products. Thus, most companies want to recruit individuals trained at universities or national labs. Industry can, however, partner with these institutions through internships and collaborations to commercialize technology.

“Accelerator [science] has many applications, ranging from high energy physics, nuclear physics, and material and medical sciences,” Cai says. Both within the field of high-energy physics and beyond, the high demand illustrates the immense value of accelerator scientists and of the institutions helping to train them.