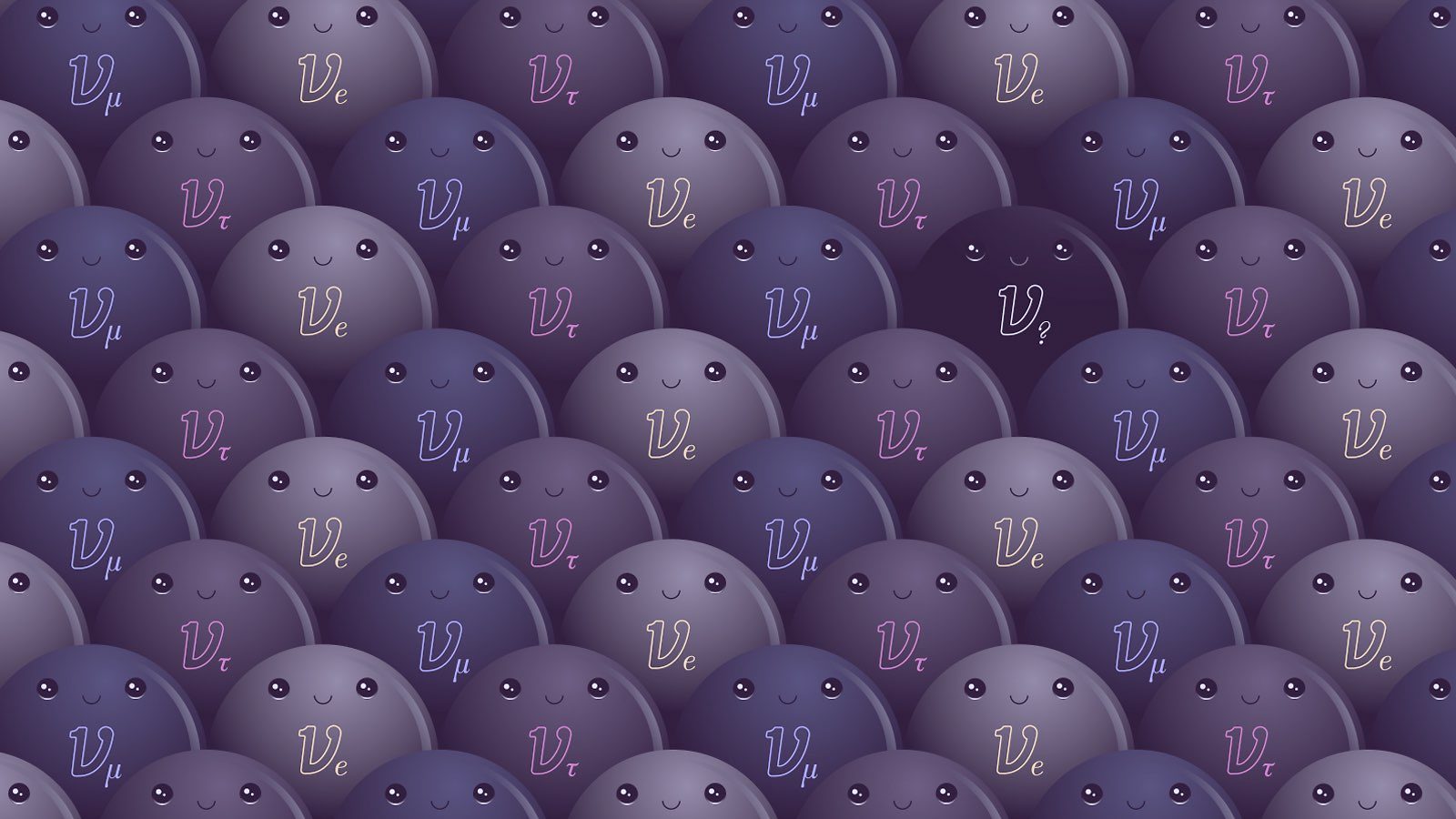 When physicists finally detected the Higgs boson in 2012, they validated a theoretical prediction made some 50 years earlier. But not every particle that physicists are searching for has such a history. Several experiments are on the hunt for a particle that theory never demanded—but that could wind up answering several open questions in particle physics.

Known as a sterile neutrino, the particle is an even sneakier version of the ghostly neutrino. Neutrinos stream through other matter almost completely unnoticed; about 100 trillion of them pass through your body every second, though only a few will interact in your body over your entire lifetime.

According to the Standard Model of particle physics, neutrinos were originally thought to have no mass. But in 1998, physicists found clear evidence that the three known types of neutrinos—electron, muon and tau—can oscillate, or change, among each other, which is possible only if the particles have mass. (This discovery earned them the 2015 Nobel Prize for Physics.)

The discovery of neutrino mass opened up another possibility: a right-handed neutrino. In particle physics, handedness is a quality that emerges from a particle’s mass and spin. As massless particles, neutrinos wouldn’t be able to change their handedness—but with mass, they can.

“Sterile neutrinos were always out there as an idea, but we didn’t have to worry about it because we didn’t even know neutrinos had mass. So we just ignored them,” says Richard Van de Water, a physicist with the US Department of Energy’s Los Alamos National Laboratory. “We now say neutrinos have mass. That means there can be this right-handed, sterile neutrino.” One in a trillion

Experimentalists found the first hint of the existence of sterile neutrinos two decades ago. If there are three neutrino states, as described in the Standard Model, then there are three different kinds of oscillations that can be measured. Any two measurements should allow scientists to predict the third.

By the early 2000s, physicists thought they had two figured out. They had hoped to confirm the last measurement with experiments run at Los Alamos’ Liquid Scintillator Neutrino Detector. But in 1995, LSND had picked up excess neutrino oscillations where theory predicted there should be none.

“The fact that they saw something says that you can’t put all these different measurements together in a coherent neutrino picture that has only three neutrinos,” says Matt Toups, a neutrino physicist at DOE’s Fermi National Accelerator Laboratory. “That’s why people now talk about sterile neutrinos.”

LSND’s results were so surprising that physicists built a new detector at Fermilab to check their findings. Dubbed MiniBooNE—BooNE stands for Booster Neutrino Experiment—the detector picked up an excess of electron neutrinos in 2006 that conflicted with LSND’s results but still indicates the possibility of sterile neutrinos. (Later runs were more consistent with LSND.)

To further probe these excesses, physicists need to look at interactions in multiple detectors set at different distances from the neutrino source, such as the liquid-argon detectors in Fermilab’s Short-Baseline Neutrino Program. MicroBooNE, the first of three short-baseline detectors to be installed, saw its first neutrino interactions in November.

Even with these new detectors, finding definitive evidence of the existence of sterile neutrinos will be a challenge. The “sterile” in their name comes from their inability to interact with other matter through any of the forces in the Standard Model other than perhaps gravity. That means they can be observed only through their oscillations into active neutrinos, which are themselves incredibly difficult to detect. At LSND, fewer than one in 1 trillion neutrinos will interact with another particle, leaving a footprint for scientists to measure. Because theorists had so long predicted the existence of the Higgs boson, discovering that it didn’t exist would have rewritten the path of particle physics. That’s not the case with sterile neutrinos, which would be a much more unexpected discovery.

“There are all these models that exist out there that tell us we’re not supposed to find any sterile neutrinos,” says André de Gouvêa, a theoretical physicist at Northwestern University. “If you don’t see one, the world doesn’t change.”

Still, the search for these odd particles is gaining momentum, in part because of the many unanswered questions to which sterile neutrinos could be linked. It’s possible they hold the explanation for the source of neutrino mass, one of the biggest puzzles in particle physics today. They could be important in cosmology, lending new insights into the formation of the early universe. And some physicists think that sterile neutrinos could be the particles that make up dark matter, which, like sterile neutrinos, seems to be impervious to all known forces save gravity.

“We know there’s this whole 95 percent of the universe out there we don’t understand,” says Van de Water. “What better way to connect to that than through a particle that hardly interacts with the Standard Model itself? What better way to hide all that physics out there than through a sterile neutrino? It could potentially be a portal to the dark sector, and maybe this is what we’re starting to find.”

No matter what they are, their existence would be solid evidence of physics beyond the Standard Model, Van de Water says. Discovering them would require physicists to fit them into existing theories about the universe and would doubtless create many new questions for physicists to answer.

“It could be just a window into a whole new set of phenomena,” Toups says. “It really would throw open a whole line of research for the field that I think would be prolific for a number of years.”