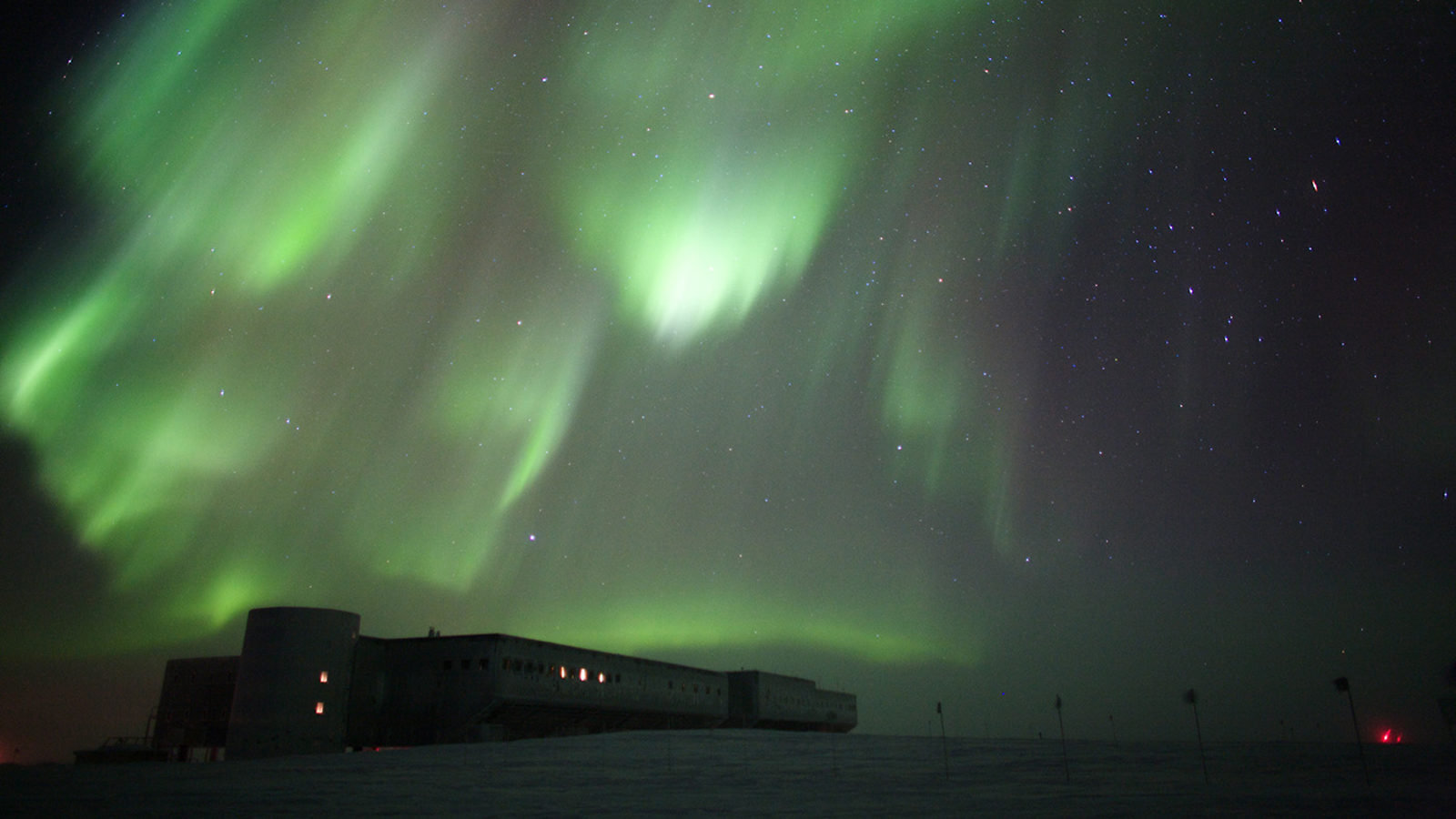 Ghostlike subatomic particles called neutrinos could hold clues to some of the greatest scientific questions about our universe: What extragalactic events create ultra-high-energy cosmic rays? What happened in the first seconds following the big bang? What is dark matter made of?

“When I was a graduate student I never thought we’d be thinking about neutrino astronomy,” she says. “Now not only are we thinking about it, we’re already doing it. At some point it will be a standard technique.”

Neutrinos, the most abundant massive particles in the universe, are produced in a multitude of different processes. The new neutrino astronomers go after several types of neutrinos: ultra-high-energy neutrinos and neutrinos from supernovae, which they can already detect, and low-energy ones they have only measured indirectly so far.

At the ultra-high-energy end of the spectrum, researchers hope to follow cosmic neutrinos like a trail of bread crumbs back to their sources. They are thought to originate in the universe’s most powerful, natural particle accelerators, such as supermassive black holes.

“We’re confident we’ve seen neutrinos coming from outside (our galaxy)—astrophysical sources,” says Kara Hoffman, a physics professor at the University of Maryland. She is a member of the international collaboration for IceCube, the largest neutrino telescope on the planet, which uses a cubic kilometer of South Pole ice as a massive, ultrasensitive detector.

Scientists have been tracking high-energy particles from space for decades. But cosmic neutrinos are different: Because they are neutral particles, they travel in a straight line, unaffected by the magnetic fields of space.

“Neutrinos tell you about the explosion engine, and what happens later when the shock goes through,” Friedland says. “These are very rich conditions that you can never make on Earth. This is an amazing experiment that nature made for us.”

With modern detectors it may be possible to detect thousands of neutrinos and to reconstruct their energy on a second-by-second basis.

“Neutrinos basically give you a different eye to look at the universe and a unique probe of new physics,” Friedland says.

At the low-energy end of the spectrum, researchers hope to find “relic” neutrinos produced at the start of the universe, leftovers from the big bang. Their energy is expected to be more than a quadrillion times lower than the highest-energy neutrinos.

The lower the energy of the neutrino, however, the harder it is to detect. So for now, the cosmic neutrino background remains somewhat out of reach.

“We already know a lot about it, even though we’ve never seen it directly,” de Gouvêa says. “If we look at the universe at very large scales, we can only explain things if this background exists. We can safely say: ‘Either this cosmic neutrino background exists, or there is something out there that behaves exactly like neutrinos do.’”

The European Space Agency’s Planck satellite has helped to shape our understanding of this relic neutrino background, and the planned ground-based Large Synoptic Survey Telescope will provide new data. These surveys provide bounds on the quantity and interaction of these relic neutrinos, and can give us information about neutrino mass.

As detectors become more sensitive, researchers may also learn whether a theorized particle called a “sterile neutrino” may be a component in dark matter, the invisible stuff we know accounts for most of the mass of the universe.

Some proposed experiments, such as PTOLEMY at Princeton Plasma Physics Laboratory and the Project 8 collaboration, led by scientists at the Massachusetts Institute of Technology and University of California, Santa Barbara, are working to establish properties of these neutrinos by watching for evidence of their production in a radioactive form of hydrogen called tritium.

There are several upgrades and new projects in the works in the fledgling field of neutrino astronomy.

A proposal called PINGU would extend the sensitivity of the IceCube array to a broader range of neutrino energies. It could look for neutrinos coming from the center of the sun, a possible sign of dark matter interactions, and could also look for neutrinos produced in Earth’s atmosphere.

The field of neutrino astronomy is young, but it’s constantly growing and improving, Hoffman says.

“It’s kind of like having a Polaroid that you’re waiting to develop, and you just start to see the shadow of something,” she says. “What the picture’s going to look like we don’t really know.”