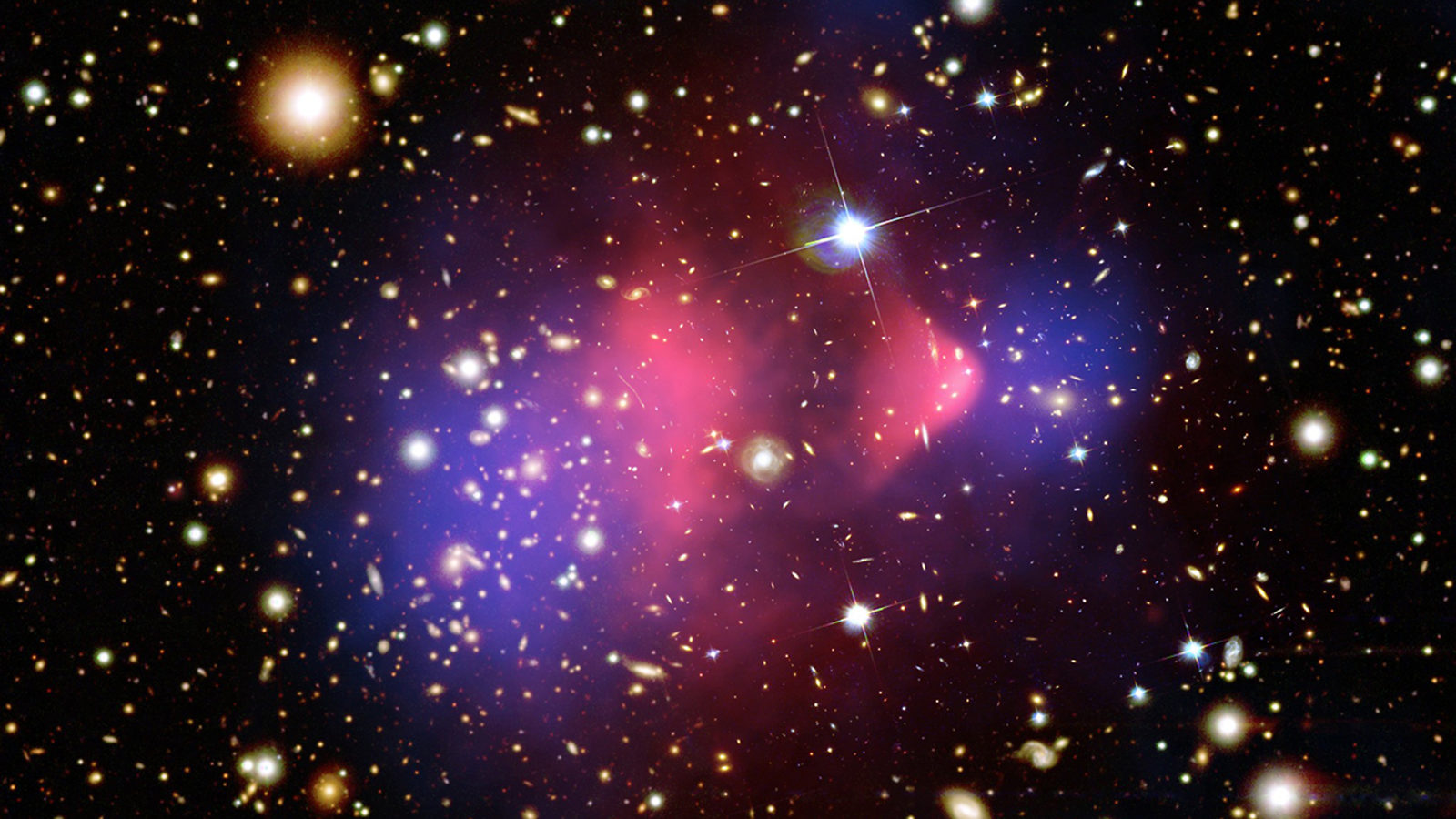 Scientists at the Large Hadron Collider aren’t the only ones investigating a possible sign of a new particle.

In a result published in Physical Review Letters earlier this year, scientists on the Atomki nuclear physics experiment in Hungary claimed to have turned up potential evidence of a particle that could point to an entirely new fundamental force of nature.

"If it is a particle, it's an exotic one that's never been seen before," says Jonathan Feng of the University of California at Irvine. Feng and a small group of fellow theorists at UCI wrote a paper, soon also to be published in PRL, examining what kind of particle it might be.

Scientists have already discovered the elementary particles predicted by the Standard Model of particle physics. Any additions would go beyond physicists’ best model of the particles and forces that make up the universe.

The implications of such a discovery rightly provoke uncertainty about the experiment and the Hungarian scientists’ interpretation of the result, says physicist Flip Tanedo, a former postdoc in Feng’s group who recently become an assistant professor at University of California, Riverside. But UCI particle physicists, along with visiting nuclear physicist Susan Gardner of the University of Kentucky, found it worth exploring.

Researchers at Atomki, the Institute for Nuclear Research at the Hungarian Academy of Sciences, took a thin foil of lithium atoms and bombarded it with protons to induce nuclear reactions.

The bombardment turned some of the lithium nuclei into an extremely unstable isotope called beryllium-8, which has four protons and four neutrons. The reaction left the beryllium-8 nuclei in an "excited state," with extra energy deposited in the configuration of the protons and neutrons.

That excited state is unstable and decays by giving up the extra energy. Sometimes the nucleus decays by emitting an electron and its antimatter partner, a positron.

The Atomki researchers measured the energy of the electron-positron pairs and the angles of their motion. In the simplest case, the electromagnetic force should send the particles along paths very close to each other. But the researchers found some of electrons and positrons flew away at a much wider angle. This could happen, the physicists hypothesized, if they were born from the decay of an invisible particle with a mass 34 times that of an electron.

The UCI group built out a model of this particle and found that it fit the description of an unusual version of a dark photon, the particle related to a hypothetical force that would govern how dark matter and matter interact.

Skeptics of the result are out in force. Feng and company showed the particle would have to interact much more strongly with neutrons than with protons, an unexpected characteristic for a new low-mass force-carrying particle.

"It's a bit contrived," says Rouven Essig, a particle physicist at Stony Brook University. "The kind of interactions you need between this new particle [and] Standard Model particles are not particularly simple or natural. Because of that, it puts a strong theory bias against this result being explained by a new particle."

Frank Calaprice, a nuclear physicist at Princeton University, says he is impressed by the experiment itself but that he questions the nuclear physics that underlies the analysis.

The next step is to double-check the result using other experiments. The LHCb experiment at the Large Hadron Collider or the upcoming Belle II detector in Japan could be good candidates, as could the Mu3e experiment in Switzerland and the DarkLight experiment in the United States, which are hunting for new particles around the same energy.

The verdict should come within the next few years, Feng says. Despite the odds stacked against a new discovery, he’s hopeful.

“It’s us against the Standard Model,” he says. “We know there’s something more out there, we just haven’t gotten to it yet. This could be it.”