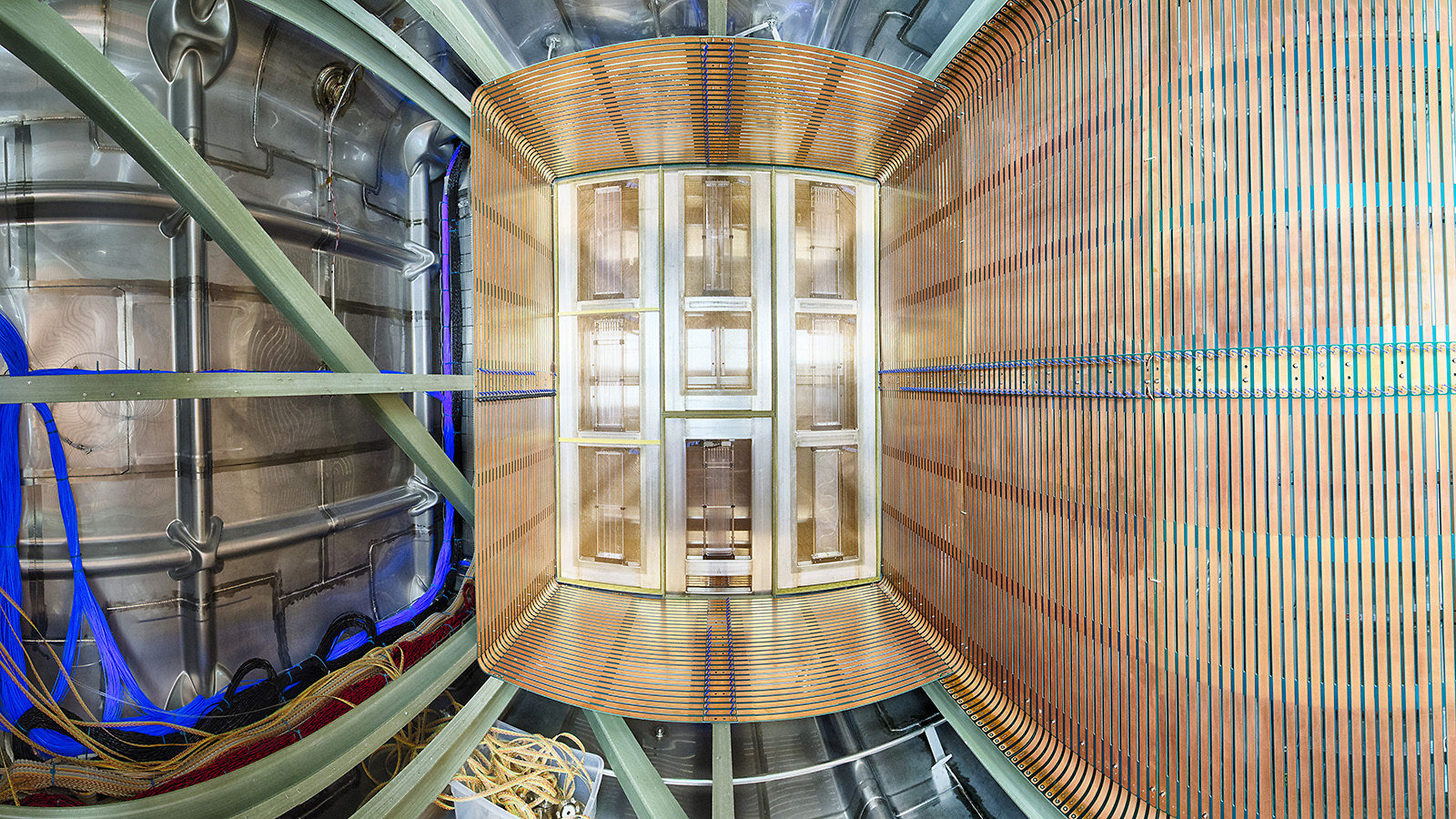 The planned Deep Underground Neutrino Experiment will require 70,000 tons of liquid argon, making it the largest experiment of its kind—100 times larger than the liquid-argon particle detectors that came before it.

Before building this unprecedented machine, scientists understandably want to make sure it’s going to work. That’s why members of the international DUNE collaboration recently began taking data using a test version of their detector.

“How can we be confident that what we want to do for DUNE is going to work?” says Michelle Stancari, co-coordinator of the DUNE prototype. “That’s where the 35-ton comes in.”

The full-size DUNE detectors, which will be built a mile underground at the Sanford Underground Research Facility, will tackle some of the biggest unsolved questions in physics. They will help find out whether neutrinos are the reason our matter-filled universe exists, watch for the formation of a black hole in a nearby galaxy, and search for signs of proton decay, bringing us closer to realizing Einstein’s dream of a unified theory of matter and energy.

“Of the Standard Model particles, neutrinos are some of the least well understood,” says Célio Moura, a professor at the Federal University of ABC in Brazil who works on the prototype. “We need huge experiments to get this difficult information about neutrinos. But we have to start little by little.”

One of those little steps is actually one of the largest liquid-argon time projection chambers ever built. That’s where scientists just saw their first tracks from cosmic rays. Built at the Department of Energy’s Fermi National Accelerator Laboratory, the 35-ton prototype (which could hold a small car in its liquid-argon vessel) picked up the nickname “DUNE Buggy” after a Photoshop artist within the group added monster truck wheels to an image of it.

As cosmic rays pass through the liquid argon, electrons and light are emitted—visible signals that the invisible particles passed through. The location and intensity of these tracks are collected and digitized, giving scientists insight into the particles’ direction, momentum, energy and type.

“The goal of this is to find out where the weak points are that need to be fixed, and also hopefully figure out the parts that work,” says Fermilab's Alan Hahn, co-coordinator for the 35-ton.

The new parts include redesigned photodetectors, long rectangular prisms with a special coating that change invisible light to a visible wavelength and bounce collected light to the detector’s electronic components.

DUNE scientists are also paying special attention to the prototype’s wire planes, pieces that hold the thin wires strung across the detector to pick up electrons. To ensure the frames will fit down the narrow mine shaft and avoid having to stretch the wires across the long DUNE detectors, risking sagging, scientists plan to use a series of small frames. These wire planes should measure tracks in the liquid argon both in front of and behind them, unlike other detectors.

“No one else has that,” Hahn says. “One of the main goals of the 35-ton run is to show that we can reconstruct tracks from such a wire plane.” 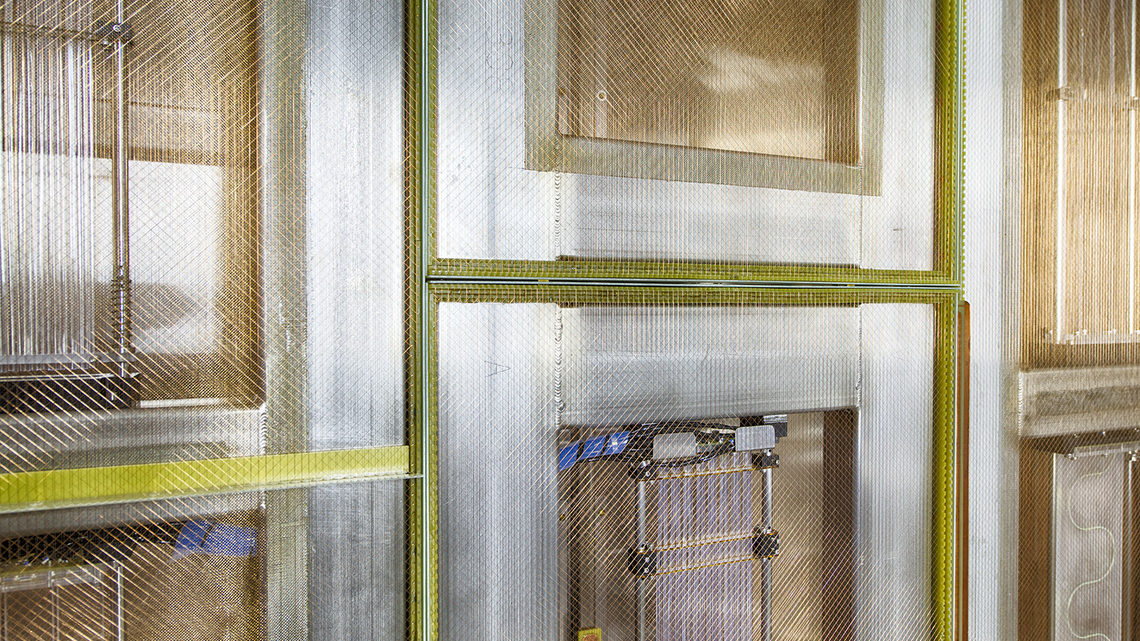 Engineers have also moved some of the detector’s electronic bits inside the frigid cryostat, which holds liquid argon at minus 300 degrees Fahrenheit (minus 184 degrees Celsius).

Much like the full detectors, the development of the bits and pieces of the 35-ton prototype depends on teamwork. The DUNE collaboration has about 800 members from 26 countries around the world.

“It has to be really international—otherwise it wouldn’t work,” says Karl Warburton, a PhD student from the University of Sheffield in the UK who works on the prototype. “You need the best minds from everywhere. It’s the same as with the LHC.”

For the 35-ton, Brookhaven and SLAC national laboratories provided much of the electronic equipment; Indiana University, Colorado State University, Louisiana State University and Massachusetts Institute of Technology worked on the light detectors; and the universities of Oxford, Sussex, and Sheffield helped make special digital cameras that can survive in liquid argon and wrote the software to make sense of the data. Fermilab was responsible for the cryostat and cryogenic support systems.

Scientists will use what they learn from this version to build full-scale modules for a larger, 400-ton prototype at CERN. That will be the final test before construction of the first of four huge detectors for the actual experiment, which is scheduled to start in 2024.

“It’s been very important for the collaboration to have this prototype as a milestone,” says Mark Thomson, co-spokesperson for the DUNE collaboration and professor at the University of Cambridge. “It’s an absolutely essential step.”

Editor's note: A version of this article appeared in the Fermilab Newsroom.