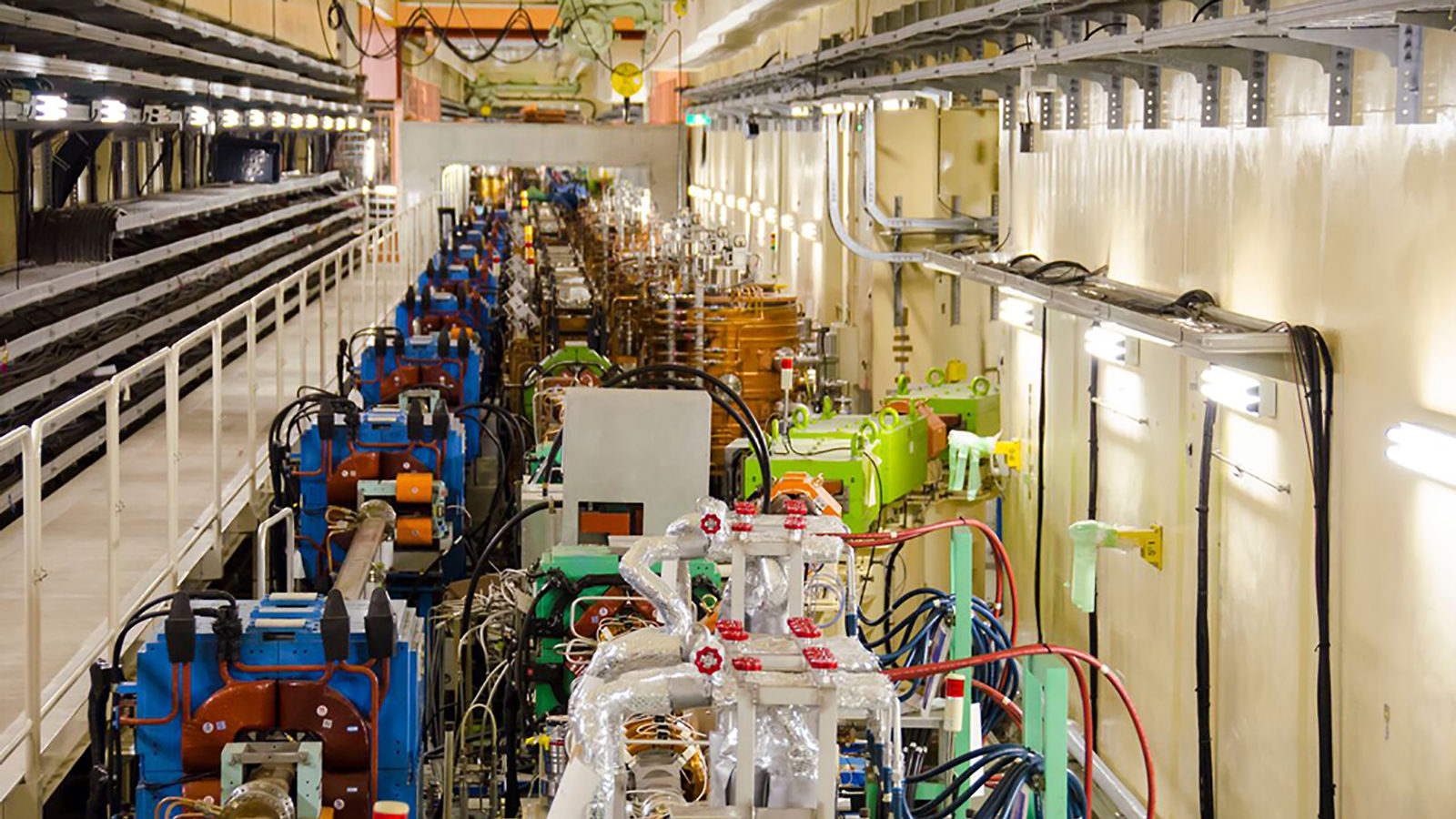 Everyone knows the electron, but in our daily routines of charging laptops and phones, we don’t often think of its antiparticle, the positron. Where has all the antimatter gone, in the long time passing since the dawn of the universe?

That’s what scientists working on Japan’s electron-positron colliding accelerator, SuperKEKB, hope to find out. They’ll accelerate electrons and their antimatter brothers close to the speed of light before slamming them together. By peering into the debris and searching for rare particle decays, they’ll try to figure out why we live in a world full of matter.

Japan’s high-energy accelerator research organization, known as KEK, announced today that scientists successfully accelerated and stored electrons and positrons in their separate rings, each nearly 2 miles around. This is the first in several steps to commission the accelerator after a five-year upgrade that included new beam pipes, new magnets (and magnet power supplies) to guide the beam, and a reinforced radio-frequency system that accelerates the particles. Technicians also added a new positron source for the antimatter particles and a new electron gun.

The improvements should create many more collisions per second than the previous iteration of the accelerator, KEKB, was capable of–and that means a better chance of seeing interesting particle decays. The collisions will create pairs of bottom quarks and bottom antiquarks, hence the “B” in SuperKEKB.

The project will also involve an upgraded version of the Belle detector that previously recorded the collisions. The initial run of the Belle detector yielded some interesting results, including a difference in the way particles called B mesons decayed. The asymmetry, called CP violation, was an intriguing find.

“This is still puzzling,” KEK Director-General Masanori Yamauchi said in a Symmetry interview last year. “We still don’t know how it happens. We need at least 10 times more data to find out. That’s why we started the upgrade of KEKB.”

The rare decays that Belle II will try to capture might also have occurred early in our universe’s history. Replicating them could provide clues to the current matter-antimatter imbalance and help us better understand the physics that underlies our cosmos, which can’t be fully explained by the current Standard Model.

Before that can happen, researchers need to tune the accelerator so it operates perfectly, a process slated to take through June. They’ll also add powerful superconducting magnets that will focus the beam and install the Belle II detector. Once it is in place and working properly, they’ll get back to work on the case of the missing antimatter.