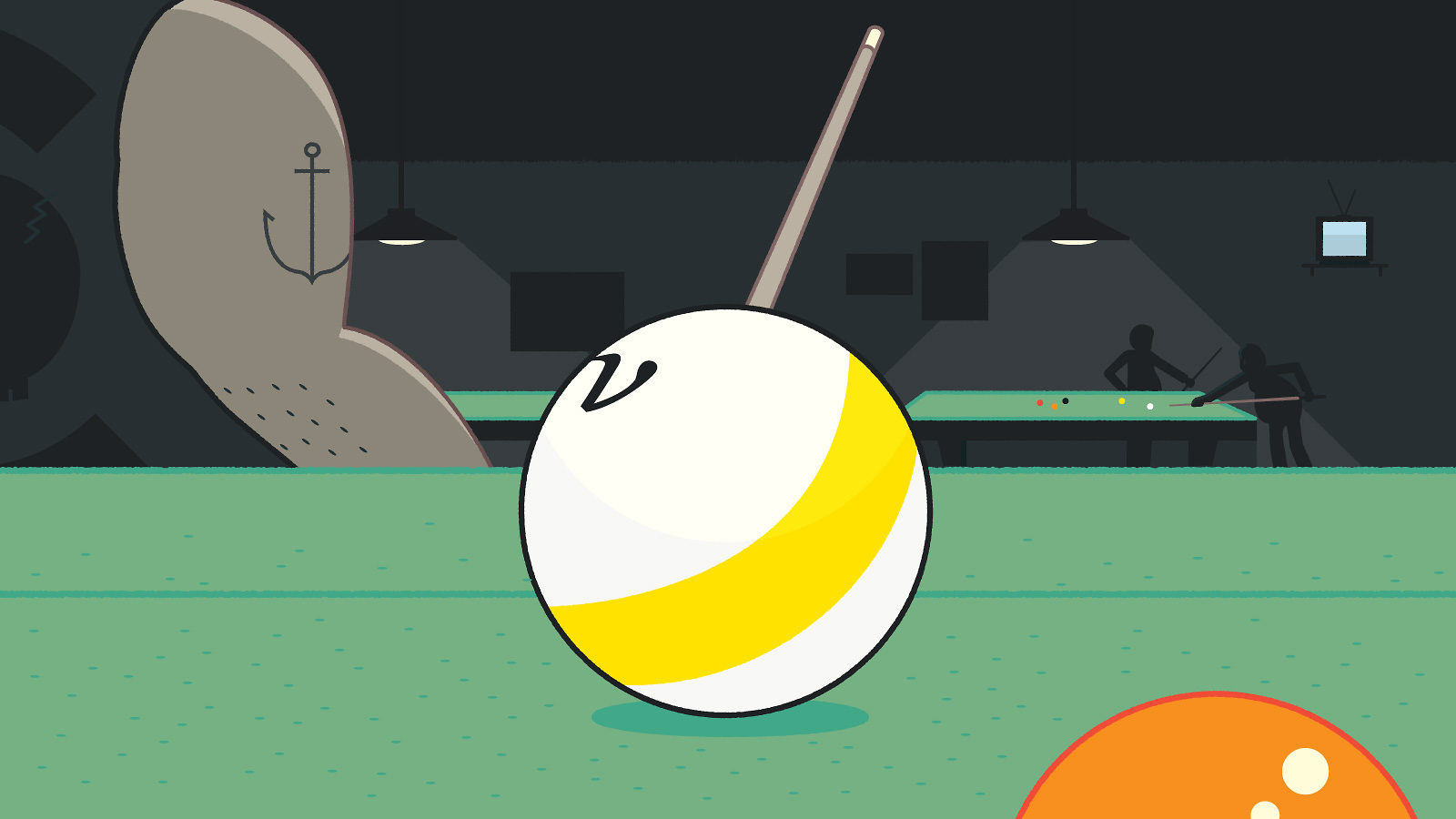 Imagine two billiard balls rolling toward one another. The likelihood of a collision depends on easy-to-grasp concepts: How big are they? How precisely are they aimed?

When you start talking about the likelihood of particles colliding, things get trickier. That’s why physicists use the term “cross section.”

Unlike solid objects, elementary particles themselves behave as tiny waves of probability.

And their interactions are not limited to a physical bump. Particles can interact at a distance, for example, through the electromagnetic force or gravity. Some particles, such as neutrinos, interact only rarely through the weak force. You might imagine them as holograms of billiard balls that occasionally flit into a solid state.

In physics, a cross section describes the likelihood of two particles interacting under certain conditions. Those conditions include, for example, the number of particles in the beam, the angle at which they hit the target, and what the target is made of.

“Cross sections link theory with reality,” says Gerardo Herrera, a researcher at the Center for Research and Advanced Studies of the National Polytechnic Institute in Mexico City and a collaborator on the ALICE experiment at the Large Hadron Collider. “They provide a picture of the fundamental properties of particles. That’s their greatest utility.”

Cross sections come in many varieties. They can help describe what happens when a particle hits a nucleus. In elastic reactions, particles bounce off one another but maintain their identities, like two ricocheting billiard balls. In inelastic reactions, one or more particle shatters apart, like a billiard ball struck by a bullet. In a resonance state, short-lived virtual particles appear.

Physicists represent cross sections in equations with the Greek letter sigma (σ). But once they have been measured in actual collisions, their data can be visualized in figures like this: 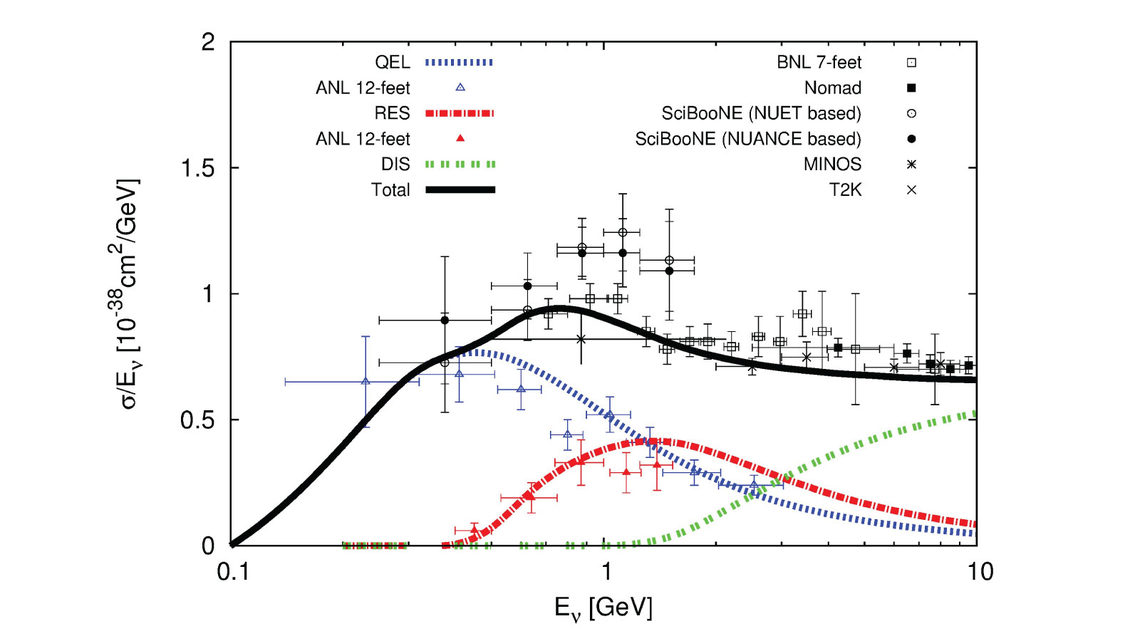 This plot comes from a paper on interactions between neutrinos and atomic nuclei. The vertical axis represents the chances of the different reactions (measured in square centimeters over giga-electronvolts), and the horizontal axis represents the energy of the incoming neutrinos (measured in giga-electronvolts). An electronvolt is a measure of energy based on the amount of energy an electron gains after being accelerated by 1 volt of electricity.

The above image is telling us, for instance, that at an energy of 10 giga-electronvolts the most probable result would be a deep inelastic scattering (green line), followed by a resonance state (red line), and lastly by a quasi-elastic event (blue line). The black curve represents the total cross section. The error bars (thin lines that go sideways and upside-down) indicate the estimated accuracy of each measurement.

“What you see in this figure are attempts to find a common way to display complex experimental results. This plot is showing how we divide up events that we find in our detectors,” says Jorge Morfín, a senior scientist at Fermilab and one of the main authors of the paper.

Cross sections are used to communicate results among researchers with common interests, Morfín says. The previous cross section serves, then, as a way to compare data obtained from labs that use different measurement techniques and nuclear targets, such as NOMAD (CERN), SciBooNE (Fermilab) and T2K (Japan).

Scientists studying astrophysics, quantum chromodynamics, physical chemistry and even nanoscience use these kinds of plots in order to understand how particles decay, absorb energy and interact with one another.

“They make so many connections with different scientific fields and current research that’s going on,” says Tom Abel, a computational cosmologist at SLAC National Accelerator Laboratory and Stanford University.

In the hunt for dark matter, for example, researchers investigate whether particles interact in the way theorists predict.

If they see different interactions than they expect, it could be a sign of the influence of something unseen—like dark matter.

In a world where probability and uncertainty reign, Herrera notes that concepts in quantum mechanics can be difficult to grasp. “But cross sections are a very tangible element,” he says, “and one of the most important measurements in high-energy physics.”