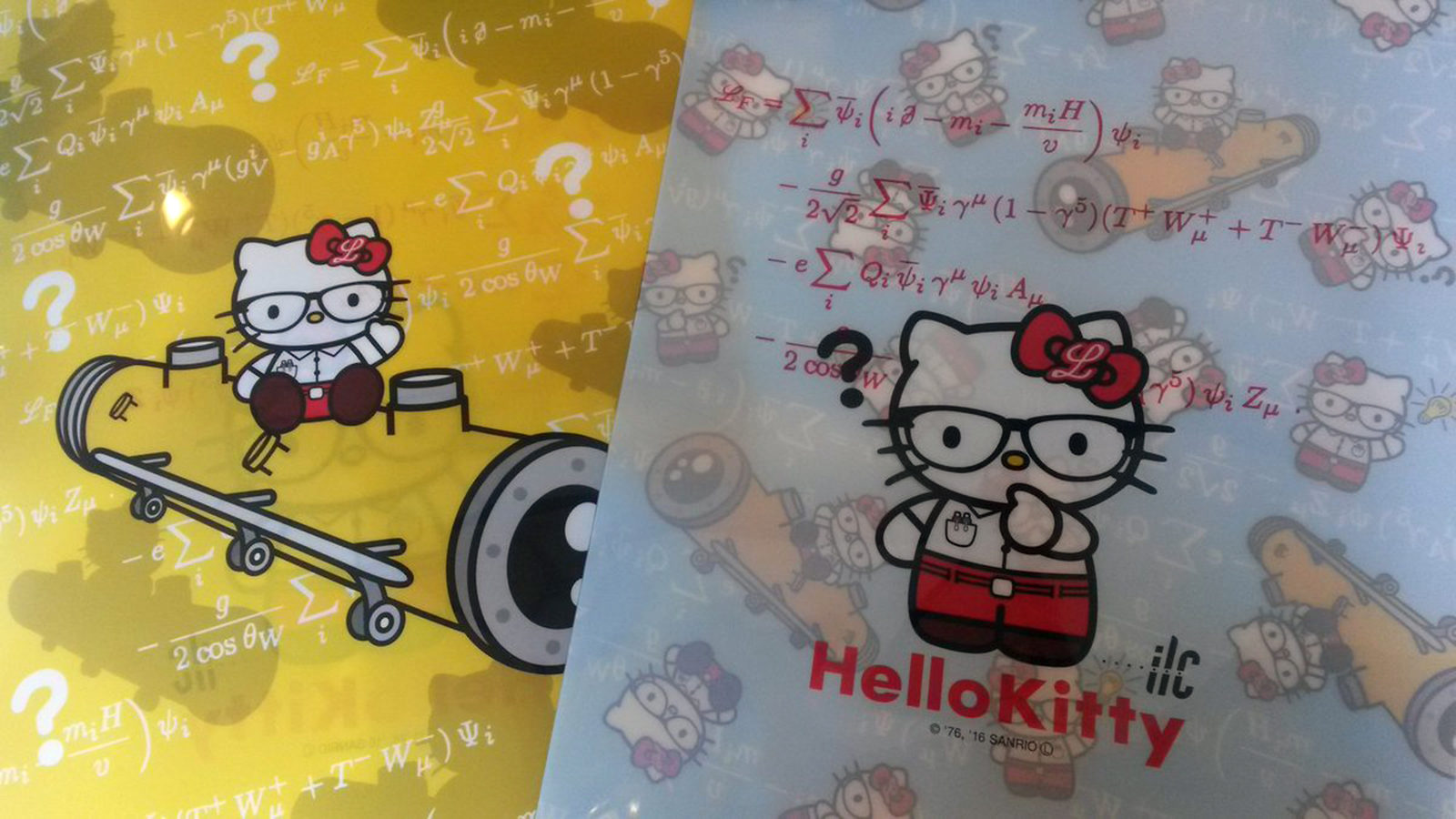 The proposed International Linear Collider has a fuzzy new ally.

Hello Kitty is known throughout Japan as the poster girl (poster cat?) of kawaii, a segment of pop culture built around all things cute.

But recently she took on a new job: representing the proposed International Linear Collider.

At the August International Conference on High Energy Physics in Chicago, ILC boosters passed out folders featuring the white kitty wearing a pair of glasses, a shirt with pens in the pocket and a bow with an L for “Lagrangian,” the name of the long equation in the background. Some picture the iconic cat sitting on an ILC cryomodule.

Hello Kitty has previously tried activities such as cooking, photography and even scuba diving. This may be her first foray into international research.

Japan is considering hosting the ILC, a proposed accelerator that could mass-produce Higgs bosons and other fundamental particles. Japan’s Advanced Accelerator Association partnered with the company Sanrio to create the special kawaii gear in the hopes of drawing attention to the large-scale project.