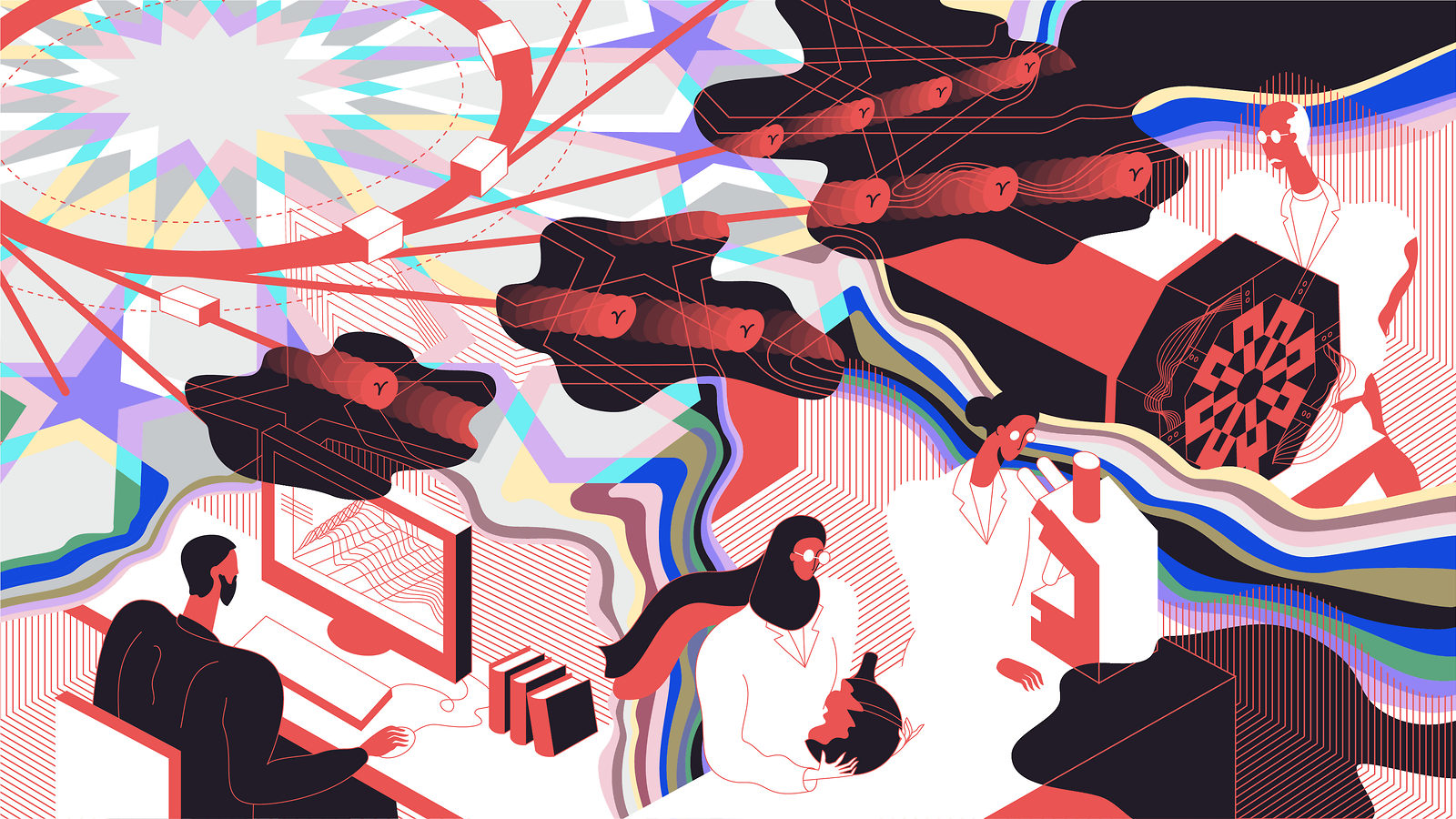 Early in the morning, physicist Roy Beck Barkai boards a bus in Tel Aviv bound for Jordan. By 10:30 a.m., he is on site at SESAME, a new scientific facility where scientists plan to use light to study everything from biology to archaeology. He is back home by 7 p.m., in time to have dinner with his children.

Before SESAME opened, the closest facility like it was in Italy. Beck Barkai often traveled for two days by airplane, train and taxi for a day or two of work—an inefficient and expensive process that limited his ability to work with specialized equipment from his home lab and required him to spend days away from his family.

“For me, having the ability to kiss them goodbye in the morning and just before they went to sleep at night is a miracle,” Beck Barkai says. “It felt like a dream come true. Having SESAME at our doorstep is a big plus."

SESAME, also known as the International Centre for Synchrotron-Light for Experimental Science and Applications in the Middle East, opened its doors in May and is expected to host its first beams of synchrotron light this year. Scientists from around the world will be able to apply for time to use the facility’s powerful light source for their experiments. It’s the first synchrotron in the region.

Beck Barkai says SESAME provides a welcome dose of convenience, as scientists in the region can now drive to a research center instead of flying with sensitive equipment to another country. It’s also more cost-effective.

Located in Jordan to the northwest of the city of Amman, SESAME was built by a collaboration made up of Cyprus, Egypt, Iran, Israel, Jordan, Pakistan, Turkey and the Palestinian Authority—a partnership members hope will improve relations among the eight neighbors.

“SESAME is a very important step in the region,” says SESAME Scientific Advisory Committee Chair Zehra Sayers. “The language of science is objective. It’s based on curiosity. It doesn’t need to be affected by the differences in cultural and social backgrounds. I hope it is something that we will leave the next generations as a positive step toward stability.” 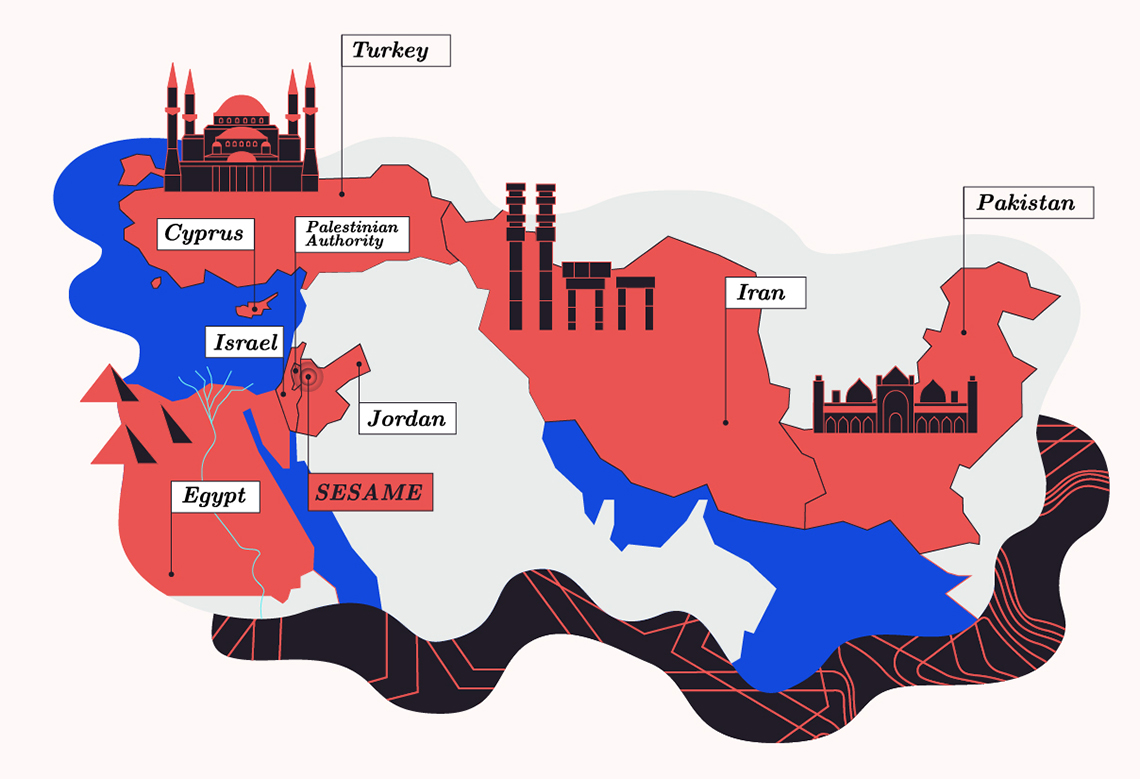 Protein researcher and a University of Jordan professor Areej Abuhammad says she hopes SESAME will provide an environment that encourages collaboration.

“I think through having the chance to interact, the scientists from around this region will learn to trust and respect each other,” she says. “I don’t think that this will result in solving all the problems in the region from one day to the next, but it will be a big step forward.”

The $100 million center is a state-of-the-art research facility that should provide some relief to scientists seeking time at other, overbooked facilities. SESAME plans to eventually host 100 to 200 users at a time.

SESAME’s first two beamlines will open later this year. About twice per year, SESAME will announce calls for research proposals, the next of which is expected for this fall. Sayers says proposals will be evaluated for originality, preparedness and scientific quality.

Groups of researchers hoping to join the first round of experiments submitted more than 50 applications. Once the lab is at full operation, Sayers says, the selection committee expects to receive four to five times more than that.

Opening up a synchrotron in the Middle East means that more people will learn about these facilities and have a chance to use them. Because some scientists in the region are new to using synchrotrons or writing the style of applications SESAME requires, Sayers asked the selection committee to provide feedback with any rejections.

Abuhammad is excited for the learning opportunity SESAME presents for her students—and for the possibility that experiences at SESAME will spark future careers in science.

She plans to apply for beam time at SESAME to conduct protein crystallography, a field that involves peering inside proteins to learn about their function and aid in pharmaceutical drug discovery.

Another scientist vying for a spot at SESAME is Iranian chemist Maedeh Darzi, who studies the materials of ancient manuscripts and how they degrade. Synchrotrons are of great value to archaeologists because they minimize the damage to irreplaceable artifacts. Instead of cutting them apart, scientists can take a less damaging approach by probing them with particles.

Darzi sees SESAME as a chance to collaborate with scientists from the Middle East and to promote science, peace and friendship. For her and others, SESAME could be a place where particles put things back together.