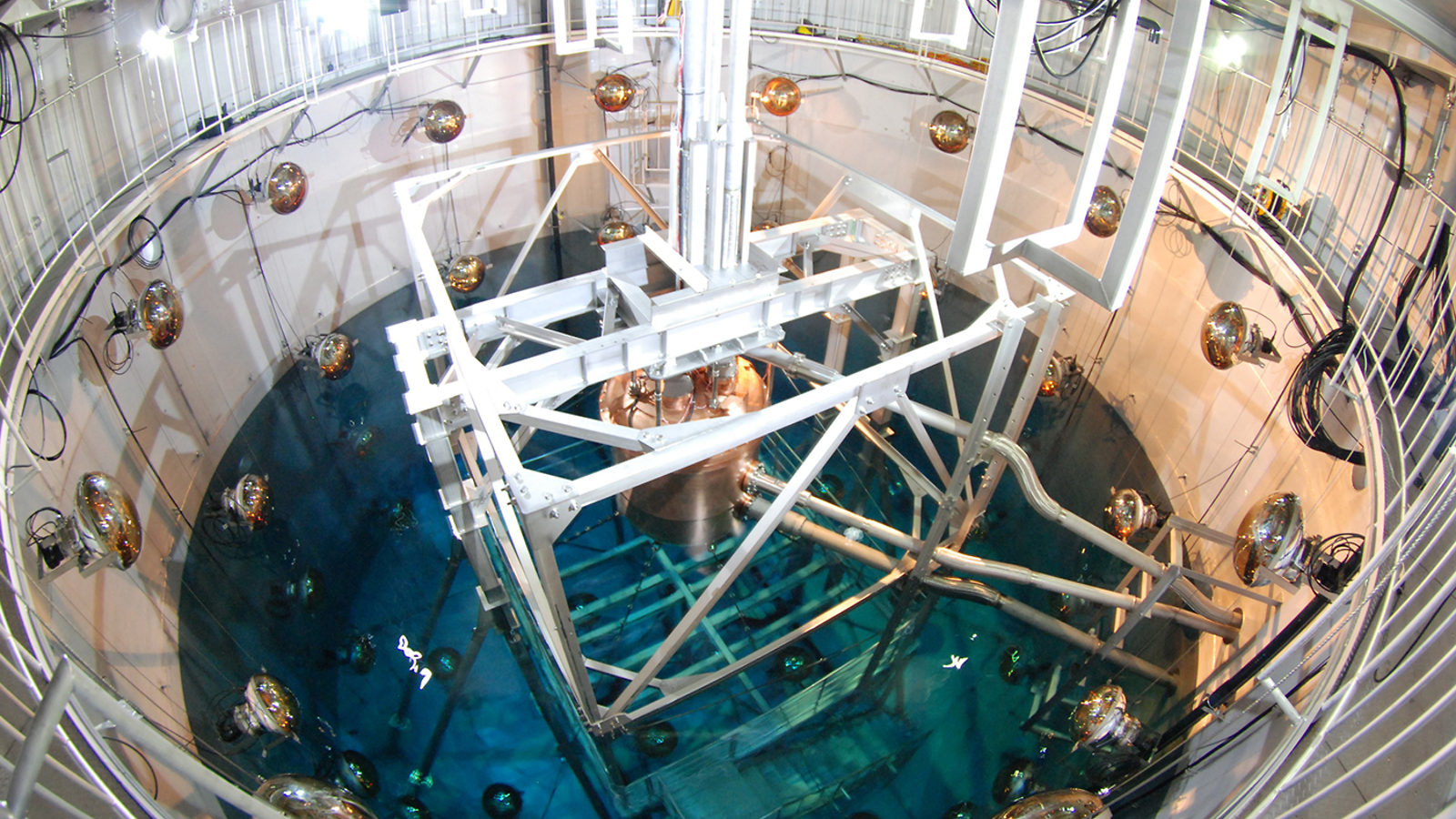 Since 1998, scientists on the DAMA-LIBRA experiment at Gran Sasso National Laboratory in Italy have claimed the discovery of an increasingly statistically significant sign of dark matter.

This week, the XMASS experiment in Japan joined the LUX, Xenon100 and CDMS experiments in reporting results that seem to contradict that claim.

Scientists look for dark matter in many ways. Both this result from the XMASS experiment and the results from DAMA-LIBRA look for something called annual modulation, a sign that the Earth is constantly moving through a halo of dark matter particles.

Experiments other than DAMA-LIBRA have seen hints of an annual modulation, but only the CoGeNT experiment has ever provided support for DAMA-LIBRA’s claim that this modulation comes from dark matter.

The effect could be caused by other annual changes. Pressure and temperature could affect an experiment. Atmospheric changes with the seasons could affect the number of cosmic rays that reach the experiment. Background radiation from radon gas has been known to change seasonally for underground experiments because of its interaction with the water table in the rock, says Fermilab scientist Dan Bauer of the CDMS experiment.

“Nobody’s been able to put their finger on what’s causing the DAMA modulation,” he says. “We can’t find the smoking gun.”

The XMASS experiment in Kamioka, Japan, looks for signs that dark matter particles have bounced off the nuclei in their 832-kilogram container of liquid Xenon. The experiment has sensitivity to two types of possible dark matter interactions, says scientist Yoichiro Suzuki, principal investigator for XMASS at the Tokyo-based Kavli Institute for the Physics and Mathematics of the Universe, in an email.

After taking data for about 16 months, the XMASS experiment disagreed with the DAMA-LIBRA claim, if one assumes dark matter particles scatter like billiard balls when they collide with nuclei. XMASS did find a low level of annual modulation, though, and that could be a hint of dark matter interacting with normal matter in a different way.

However, XMASS scientists deduced from their signal some characteristics that the dark matter particles causing the modulation would need to have: their masses and their rates of interaction with normal matter. And experiments that search for dark matter directly have already ruled out those masses and interaction rates.

But scientists still don’t know for sure what dark matter particles are like. Until they do, or until they identify the source of the annual modulation signals, they might have a hard time dissuading scientists on DAMA-LIBRA.