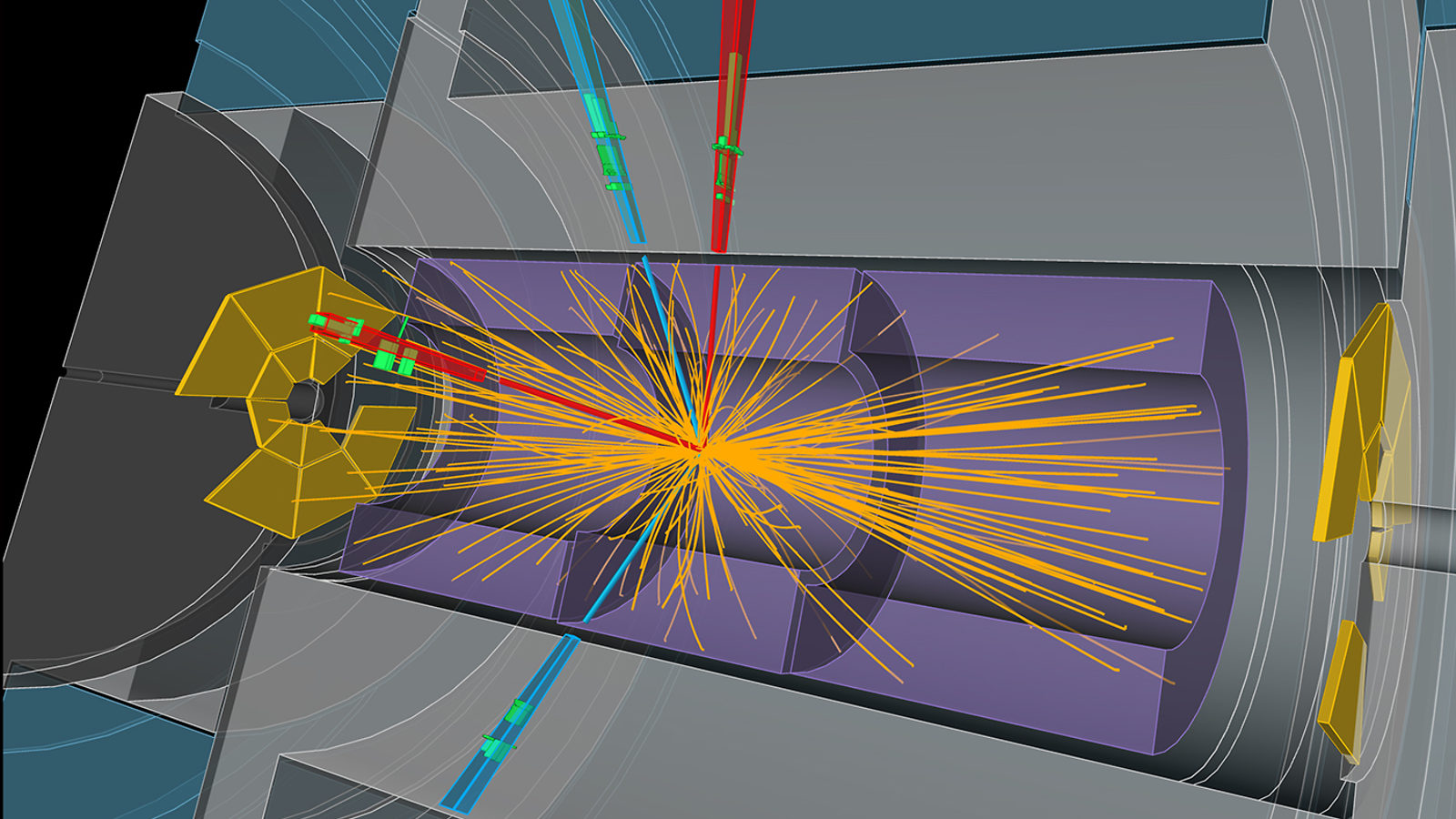 The ATLAS and CMS experiments on the Large Hadron Collider were designed to be partners in discovery.

ATLAS reported the mass of this new boson to be in the mass region of 126 billion electronvolts, and CMS found it to be in the region of 125. In May 2015, the two experiments combined their measurements, refining the Higgs mass closer to 125.09 GeV.

Sticking with the philosophy that two experiments are better than one, scientists from the ATLAS and CMS collaborations presented combined measurements of other Higgs properties earlier today at the third annual Large Hadron Collider Physics Conference in St. Petersburg, Russia.

This particular analysis focused on the interaction of the Higgs boson with other particles, known as coupling strength. The combined measurements are more precise than each experiment could accomplish alone, and results establish that the Higgs mechanism grants mass to both the matter and force-carrying particles as predicted by the Standard Model of particle physics.

“The analysis, presented for the first time at the LHCP Conference, fully exploits the data collected in Run 1 at the LHC by the two experiments,” says Nick Wardle, a CERN Fellow on CMS. “The uncertainties on the couplings of the Higgs boson are reduced by almost 30 percent, making these measurements of Higgs boson production and decay the most precise obtained to date.”

One of the objectives of combining the ATLAS and CMS data is to examine some Higgs decay signals that were picked up by each experiment but did not have the statistical significance to validate.

“For example, the Higgs boson decaying to a pair of tau leptons is established with a greater statistical significance when ATLAS and CMS data are combined,” says Ketevi Assamagan, an ATLAS physicist at Brookhaven National Laboratory.

While the discovery and measurement of the mass of the Higgs itself was perhaps the most notable driver of research during the first run of the LHC, measurements of Higgs couplings and their impact on Higgs boson production and decay will be important to searches for new physics in the current run.