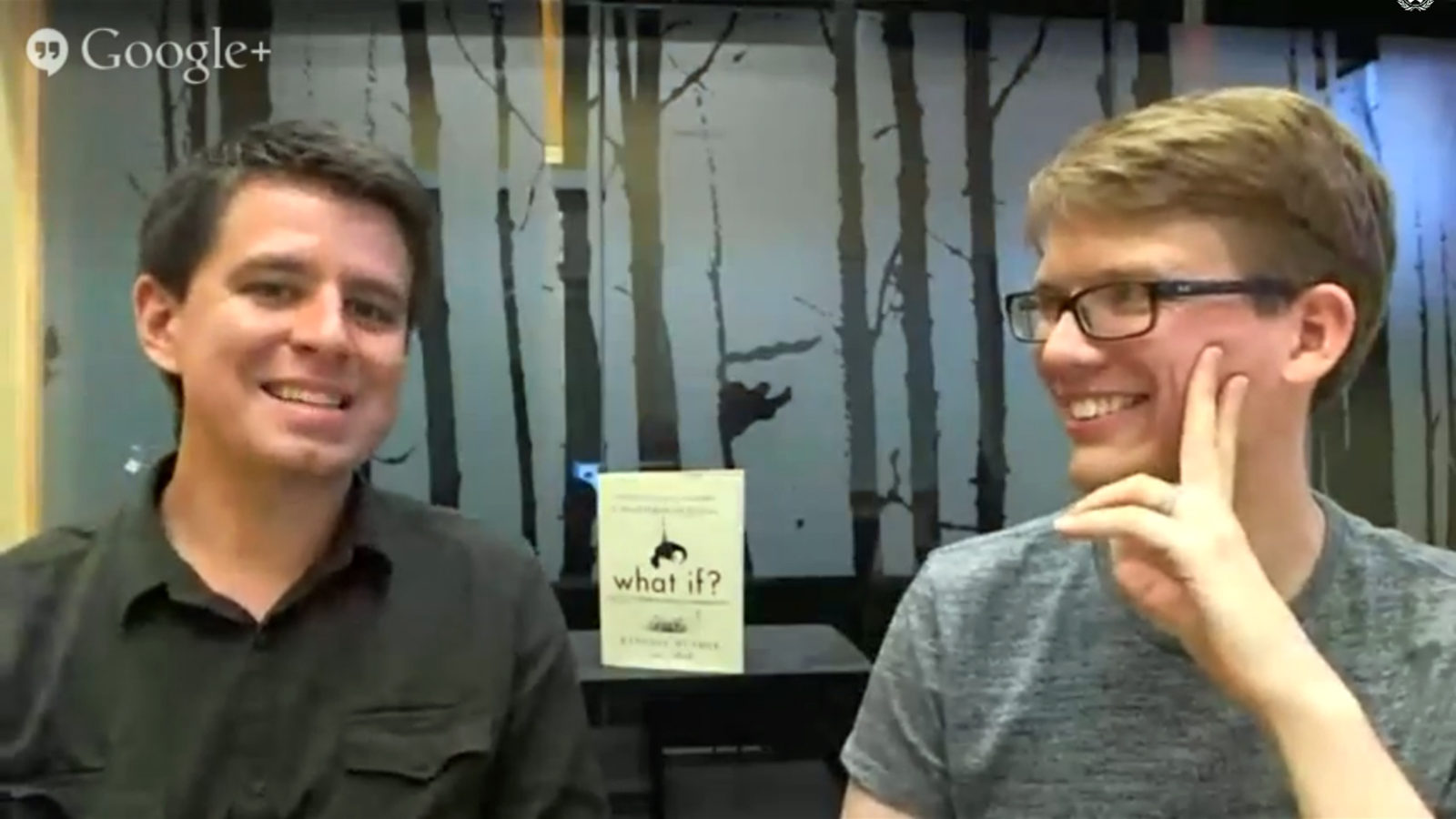 Munroe, a former NASA roboticist with an undergraduate degree in physics, is known for drawing xkcd, stick figure comics that cover a range of topics including math, coding and physics. The illustrated book, released on September 2, answers reader-submitted questions about imaginary scenarios that spark Munroe’s interest.

“When people ask me these questions, I get really curious about the answer,” Munroe said during a Google Hangout with fans on September 12. “At the end of the day, the thing that really drives me is when someone asks the question and I can’t stop wondering about the answer.”

Munroe said he receives more inquiries than he can read individually. This torrent of far-fetched wonderings also feeds a weekly series on the xkcd website.

Since its release earlier this month, What If? reached number one on Amazon’s bestseller list and topped the New York Times combined print and e-book nonfiction category.

One example of a typical What If? question: How close would you need to be to a supernova to get a lethal dose of neutrino radiation? Munroe pointed out that although supernovae emit a large number of neutrinos that could interact with your DNA, if you got close enough to a supernova you would be vaporized before neutrinos became an issue.

It’s hard to give a real sense of how ghostly neutrinos are to someone who is unfamiliar with the topic, Munroe said. “The idea of having them interact with you at all is unlikely.”

Other topics covered during the discussion ranged from how large a mole of moles would be (they would form a planet, then heat up and erupt in volcanoes) to constraints on skyscraper size (primarily elevators, wind and money).

“I’ve found that some of the very best questions are definitely the ones from little kids,” Munroe said. “I think adults try to make the question really clever and try to bake in a bunch of crazy consequences.”

He also added that readers sometimes submit questions simply to try to get Munroe to do their homework. But such unimaginative queries are unlikely to find a response.

“That’s my basic gauge: Do I want to know the answer to this?” Munroe said. “Is it something that I don’t know already but I would like to know?”