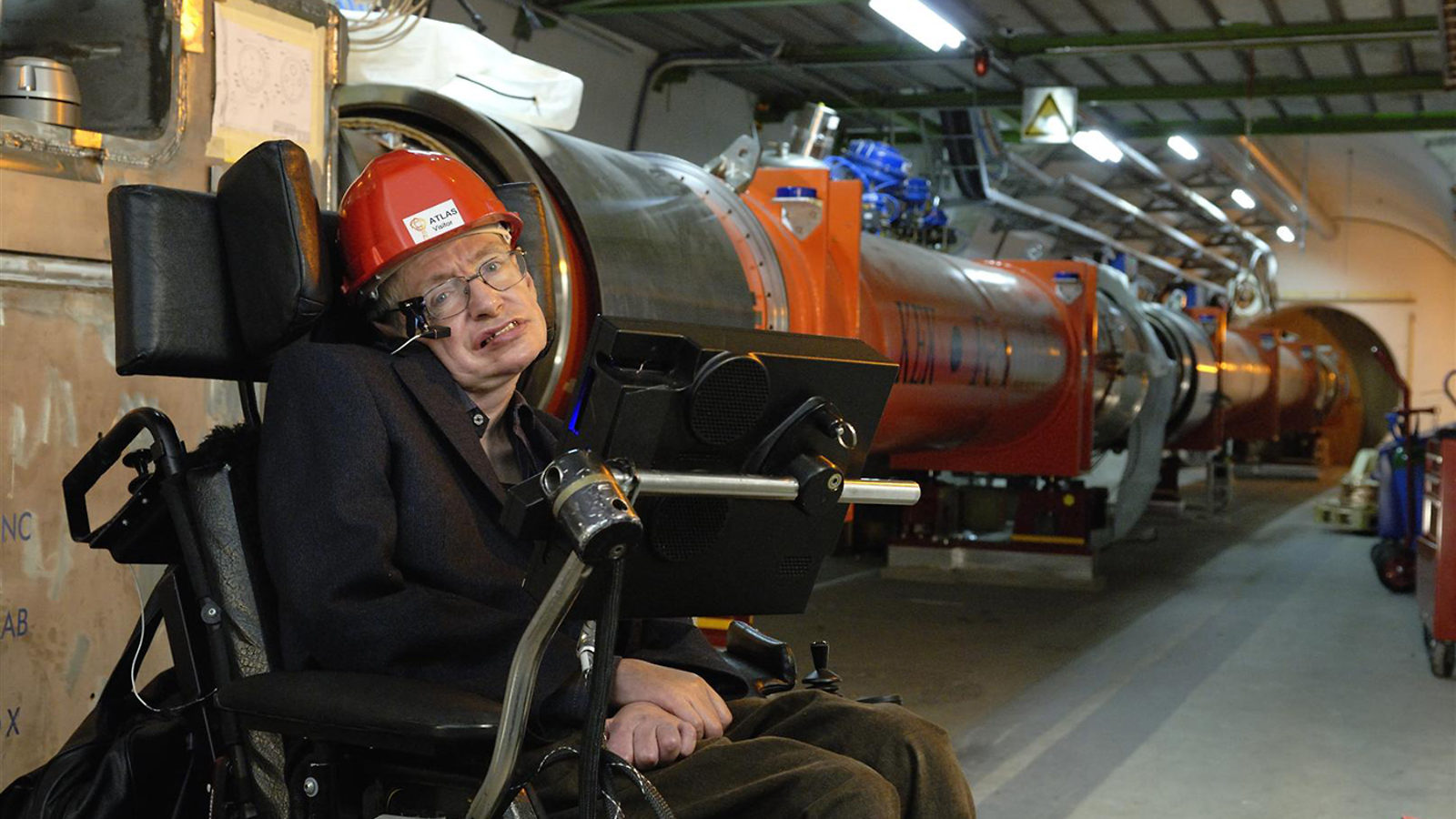 If you’re a science enthusiast, this week you have likely encountered headlines claiming that physicist Stephen Hawking thinks the Higgs boson will cause the end of the universe.

This is a jaw-dropping misrepresentation of science. The universe is safe and will be for a very long time—for trillions of years.

To understand how abominably Hawking’s words have been twisted, first we need to understand his statement. To paraphrase just a little, Hawking said that in a world in which the Higgs boson and another fundamental particle—the top quark—have the masses that scientists have measured them to have, the universe is in a metastable state.

Basically, metastable means “kind of stable.” So what does that mean? Let’s consider an example. Take a pool cue and lay it on the pool table. The cue is stable; it’s not going anywhere. Take the same cue and balance it on your finger. That’s unstable; under almost any circumstances, the cue will fall over.

The analogy for a metastable object is a barstool. Under almost all circumstances, the stool will sit there for all eternity. However, if you bump the stool hard enough, it will fall over. When the stool falls, it is more stable than it was, just like the pool cue lying on the table.

Now we need to bring in the universe and the laws that govern it. Here is an important guiding principle: The universe is lazy—a giant, cosmic couch potato. If at all possible, the universe will figure out a way to move to the lowest energy state it can. A simple analogy is a ball placed on the side of a mountain. It will roll down the mountainside and come to rest at the bottom of the valley. This ball will then be in a stable configuration.

The universe is the same way. After the cosmos was created, the fields that make up the universe should have arranged themselves into the lowest possible energy state.

There is a proviso. It is possible that there could be little “valleys” in the energy slope. As the universe cooled, it might have been caught in one of those little valleys. Ideally, the universe would like to fall into the deeper valley below, but it could be trapped.

This is an example of a metastable state. As long as the little valley is deep enough, it’s hard to get out of. Indeed, using classical physics, it is impossible to get out of it.

However, we don’t live in a classical world. In our universe, we must take into account the nature of quantum mechanics. There are many ways to describe the quantum realm, but one of the properties most relevant here is “rare things happen.” In essence, if the universe was trapped in a little valley of metastability, it could eventually tunnel out of the valley and fall down into the deeper valley below.

So what are the consequences of the universe slipping from one valley to another? Well, the rules of the universe are governed by the valley in which it finds itself. In the metastable valley that defines our familiar universe, we have the rules of physics and chemistry that allow matter to assemble into atoms and, eventually, us.

If the universe slipped into a different valley, the rules that govern matter and energy would be different. This means, among other things, particles such as quarks and leptons might be impossible. The known forces that govern the interaction of those particles might not apply. In short, there is no reason to think we’d exist at all.

Would we have any warning if this transition occurred? Actually, we’d have no warning at all. If, somewhere in the cosmos, the universe made a transition from a metastable valley to a deeper one, the laws of physics would change and sweep away at the speed of light. As the shockwave passed over the solar system, we’d simply disappear as the laws that govern the matter that makes us up ceased to apply. One second we’d be here; the next we’d be gone.

Coming back to the original question, what does the Higgs boson tell us about this? It turns out that we can use the Standard Model to tell us whether we are in a stable, unstable or metastable universe.

We know we don’t live in an unstable one, because we’re here, but the other two options are open. So, what is the answer? It depends on two parameters: the mass of the top quark and the mass of the Higgs boson.

If we follow our understanding of the Standard Model, combined with our best measurements, it appears that we live in a metastable universe that could one day disappear without warning. You can be forgiven if you take that pronouncement as a reason to indulge in some sort of rare treat tonight.

But before you splurge too much, take heed of a few words of caution. Using the same Standard Model we used to figure out whether the cosmos is metastable, we can predict how long it is likely to take for quantum mechanics to let the universe slip from the metastable valley to the stable one: It will take trillions of years.

Mankind has only existed for about 100,000 years, and the sun will grow to a red giant and incinerate the Earth in about 5 billion years. Since we’re talking about the universe existing as a metastable state for trillions of years, maybe overindulging tonight might be a bad idea.

Returning to the original, overly hyped media stories, you can see that there was a kernel of truth and a barrel full of hysteria. There is no danger, and it’s completely OK to resume watching with great interest the news reports of the discovery and careful measurement of the Higgs boson. And, yes, you have to go to work tomorrow.