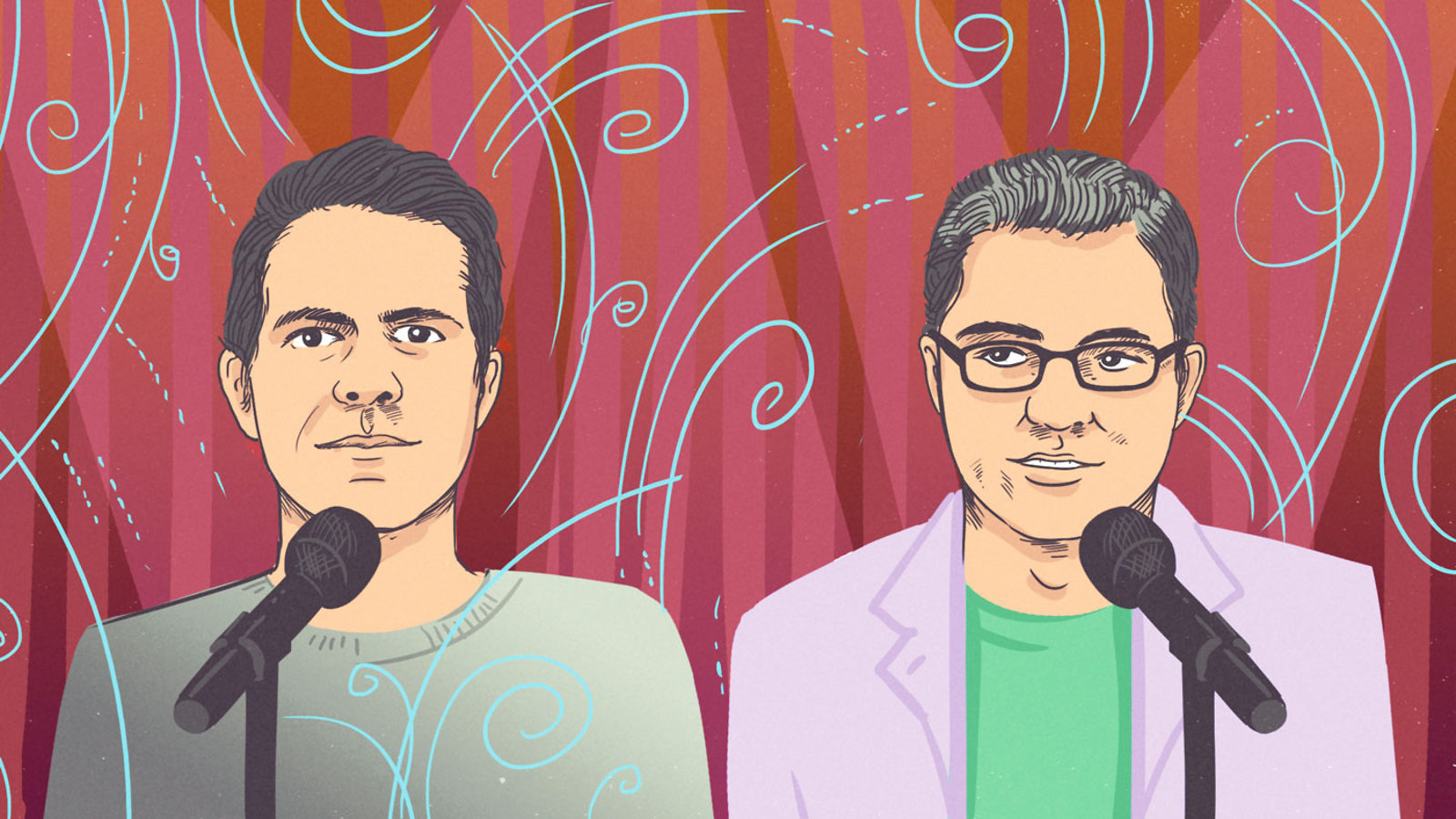 When storyteller Margot Leitman asked students at the Upright Citizens Brigade Theatre in New York to describe themselves, Brian Wecht felt confident his answer would be unique.

“I thought, ‘I’ve got this nailed,’” he says. He was a postdoc in theoretical physics at the nearby Institute for Advanced Study in Princeton, New Jersey.

“Oh yeah,” Leitman replied, much to Wecht’s chagrin,  “I know this other guy who does that.”

Theoretical physicist Ben Lillie had just finished taking the same class not long after leaving academia to start a new life as a writer in New York.

The two arranged to meet at The Creek and The Cave, a Long Island City bar that occasionally hosts events at which anyone can take the stage to tell a roomful of strangers a true tale from his or her life. Over the past decade New York City has become a storytelling hub, and both physicists found themselves drawn to the scene.

“I think it’s partly the rawness of it,” Lillie says. “These days we’re capable of adding all kinds of special effects to entertainment. Then you see something like this, and it’s all been stripped down to just one person telling their story. It’s a different frame.”

As they watched the show, Wecht and Lillie began to talk about a way to connect personal performance to their other shared passion, science. The Story Collider, a science-themed storytelling event, was born.

The purpose of the show is not to teach science, both Lillie and Wecht say. Instead, it’s to show how science is connected to our everyday lives.

Some of the stories are set in a lab. Some talk about how the storyteller fell in—or, occasionally, out—of love with science. In others, Lillie says, “science is the MacGuffin, the thing the people in the story are chasing, though it isn’t what the story is really about.”

Sometimes, science helps the story reach its resolution. In one Story Collider story, storyteller Aaron Wolfe says that watching a documentary on the Hubble telescope made him realize “how much beauty and unbelievable stuff I had been missing because I was so afraid to deal with reality.”

The Story Collider has grown since Lillie and Wecht held the first event at the bar where they met in May 2010.

Lillie continues to hold Story Collider events, mostly around New York but sometimes in other US cities, about twice per month with fellow storyteller Erin Barker. Wecht, who has since moved to the physics department at Queen Mary University of London, hosts the Story Collider about every other month across the pond. Story Collider stories have been broadcast on National Public Radio shows such as Radiolab and Studio 360.

Wherever they go, Lillie and Wecht continue to find new audience members and participants.

“Anybody can do it,” Wecht says. “With storytelling, all you have to do is be honest and be real, and you’re succeeding. You can make any story, no matter how mundane, interesting—if it meant something to you.” 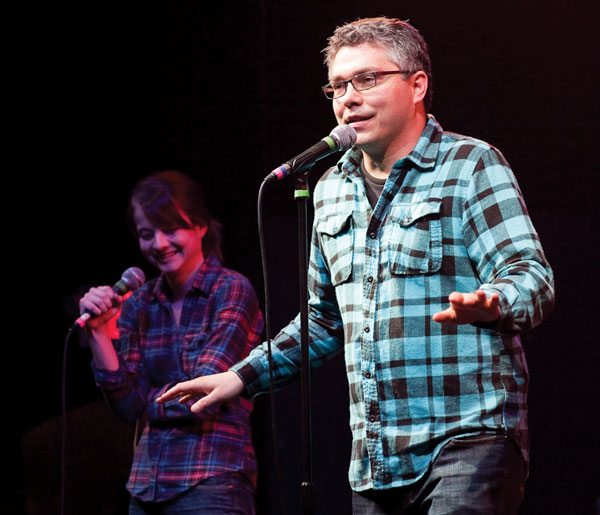