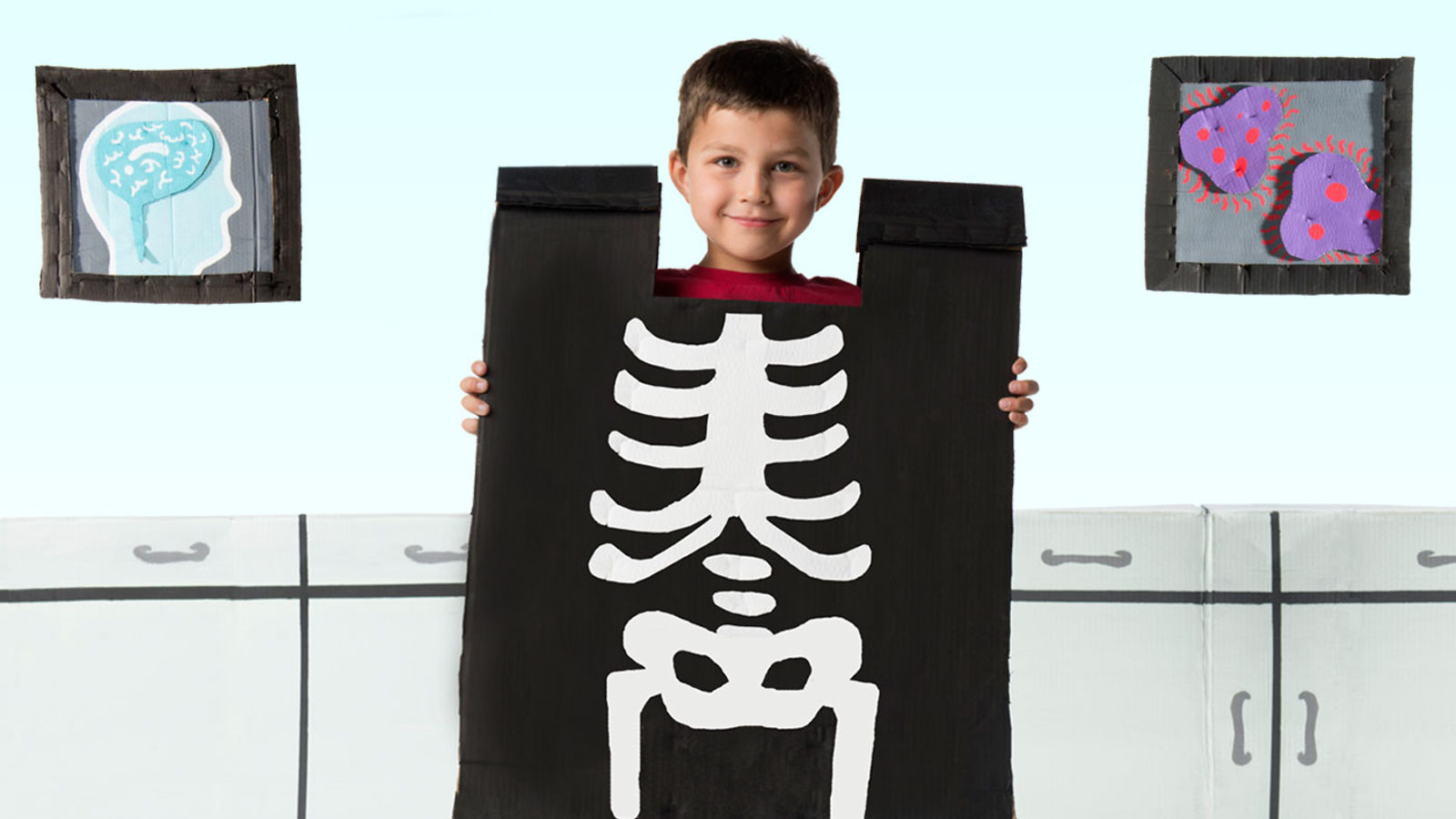 Ask someone what our world would look like if there were no cars or no telephones and they’ll probably have an immediate answer. It’s easy to imagine how our lives would be different without these things. But what if there were no particle detectors? Most people aren’t sure what would change if these devices disappeared—even though particle detectors are at work all around us.

Particle detectors play a role in undertakings from drug development to medical imaging, from protecting astronauts to dating ancient artifacts, from testing materials to understanding the universe.

A particle detector is a device built to observe and identify particles. Some measure photons, particles of light such as the visible light from stars or the invisible X-rays we use to examine broken bones. Other particle detectors identify protons, neutrons and electrons—the particles that make up atoms—or even entire atoms. Some detectors are designed to detect antimatter. By sensing the electric charge and interactions of particles, the detectors can determine their presence, their energy and their motion.

It may seem like an esoteric task, but particle detection is a part of our everyday lives.

A chance of rain

Without particle detectors, climate models and weather forecasts would be a bit cloudy.

One of the most common tools used in modern weather forecasting is radar—radio waves sent through the air, bounced off of objects (such as rain drops) and collected by radio—frequency (RF) detectors. Using radar, scientists can gather information about the location, size and distribution of raindrops or other precipitation, as well as wind speed and direction and other variables. Some more advanced instruments apply the same technique using microwaves or lasers instead of radio waves. Radar is also a primary tool in the study of tornadoes and other severe storms, often with the goal of improving safety measures for people on the ground.

The Earth’s climate—the long-term behavior of the atmosphere—is largely created by the interplay between two fluids: water and air. Fluids can be studied in detail in the laboratory using experimental devices that carefully track their complex motions using X-rays and other techniques that rely on particle detectors. Work done in the lab feeds into a growing understanding of our planet’s complex climate.

At CERN European research center, the Cosmics Leaving Outdoor Droplets experiment, or CLOUD, is investigating the link between energetic particles from space, known as cosmic rays, and the formation of clouds in our atmosphere. The experiment suggests that the rays create aerosols, which act as seeds for new clouds. CLOUD scientists try to recreate atmospheric conditions inside a sealed chamber, and use detectors to carefully monitor changes taking place. CLOUD’s findings should help scientists better understand the effects of clouds and aerosols on Earth’s climate. 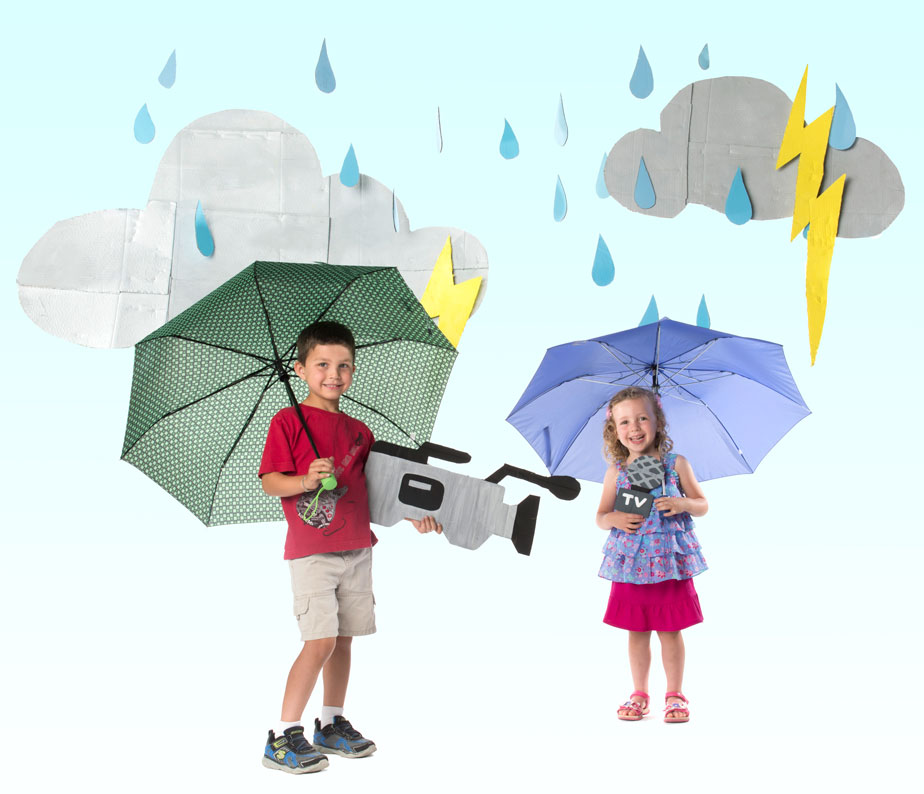 Time for your checkup

Particle detectors continue to change the way medical personnel see the human body—or more specifically, how they see into it. Many types of medical scanners, including PET (positron emission tomography) and MRI (magnetic resonance imaging) rely on particle detectors.

Patients undergoing a PET scan receive an injection of molecules designed to accumulate in the hardest-working parts of the body, including the heart, the brain and organs such as the liver—as well as in trouble spots, such as tumors. Shortly after they arrive, a chemical element bound to each molecule will decay and emit a lightweight particle called a positron, which collides with a nearby electron and creates a gamma ray. Throughout this long chain of events, the gamma ray carries information about the body part being studied. It exits the body, is picked up by a particle detector, and the information is translated into images.

Even X-ray film is a simple type of particle detector: It turns black where it is exposed to X-rays and remains translucent where the X-rays are blocked by bones and teeth. More advanced X-ray detectors used today can image tissue as well.

In addition, various types of particle detectors are used in radiation therapy for cancer, which bombards cancer cells with high-energy photons, protons or whole atoms. These particles are forms of ionizing radiation, meaning they can damage the molecules in cancer cells, including the cells’ DNA, making it more difficult for the cells to divide and, ideally, halting the growth of the tumor. 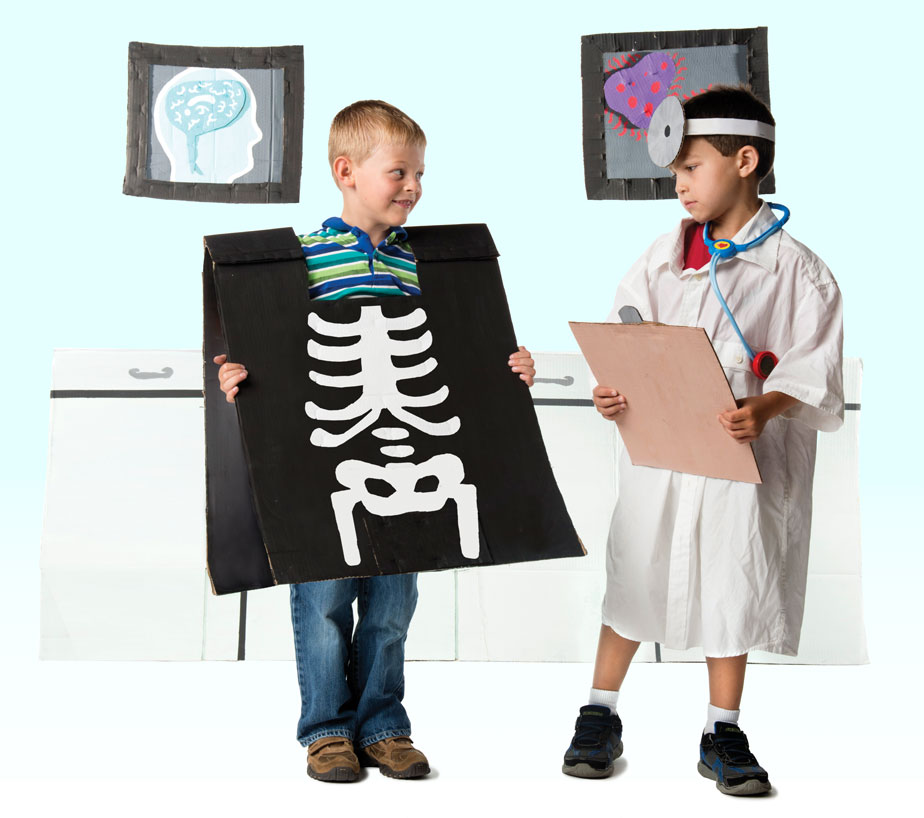 At the corner of physics and pharmaceuticals

Particle detectors help scientists shine a light on viruses and develop drugs to fight them.

Intense, focused beams of light created by machines known as synchrotrons provide a window to the microscopic world. Shining such light on certain viruses—like those that cause strains of influenza, or the human immunodeficiency virus—reveals their unique, detailed structure. Particle detectors capture information about the interaction between the photons and the viruses and feed it back to the scientists. Armed with this information, researchers have engineered drugs that specifically target those viruses.

Head to your local museum, and you may see evidence of particle detectors at work.

Synchrotrons and other material analysis instruments can reveal the chemical make-up of art, artifacts and fossils. For anthropologists, this information can help determine the age and origin of objects. Art historians use X-ray, infrared, UV and visible light, and even beams of electrons, to gather detailed information about great works. This information is particularly important when deciding how best to restore and preserve paintings, sculptures and more. And in some cases, as with a painting by Vincent van Gogh, studies with particle detectors have revealed hidden treasures below the surface: earlier works of art painted over by the artist. 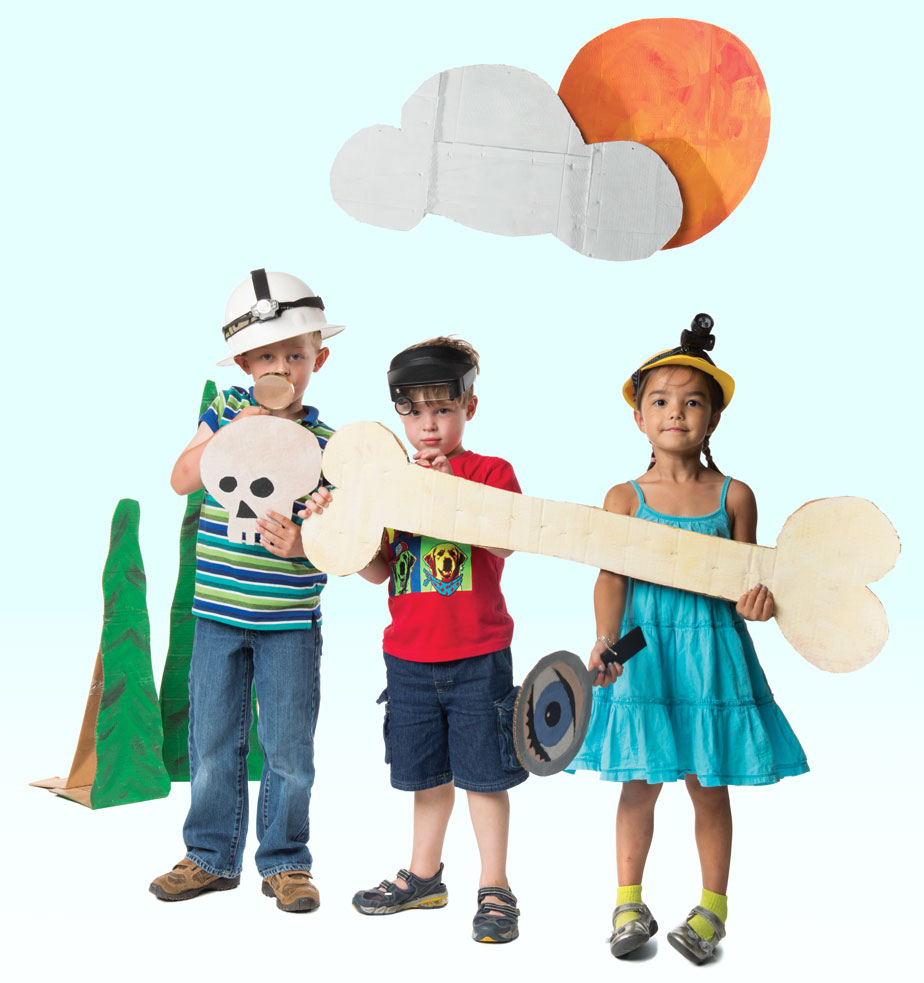 By sea and by air

Take a trip to the airport and you’ll be asked to place your bag on an X-ray scanner before you step through a metal detector or millimeter scanner—all of which use particle detectors.

Cargo containers shipped by air or by sea undergo similar scanning processes. Hundreds to thousands of containers may pass through a major airport or seaport every day and must be scanned quickly and efficiently to ensure dangerous materials aren’t inside. Cargo scanners primarily use X-rays, but in recent years developments have been made using neutrons. Within this busy industry, scientists and engineers are being challenged to build better scanners and improved particle detectors. 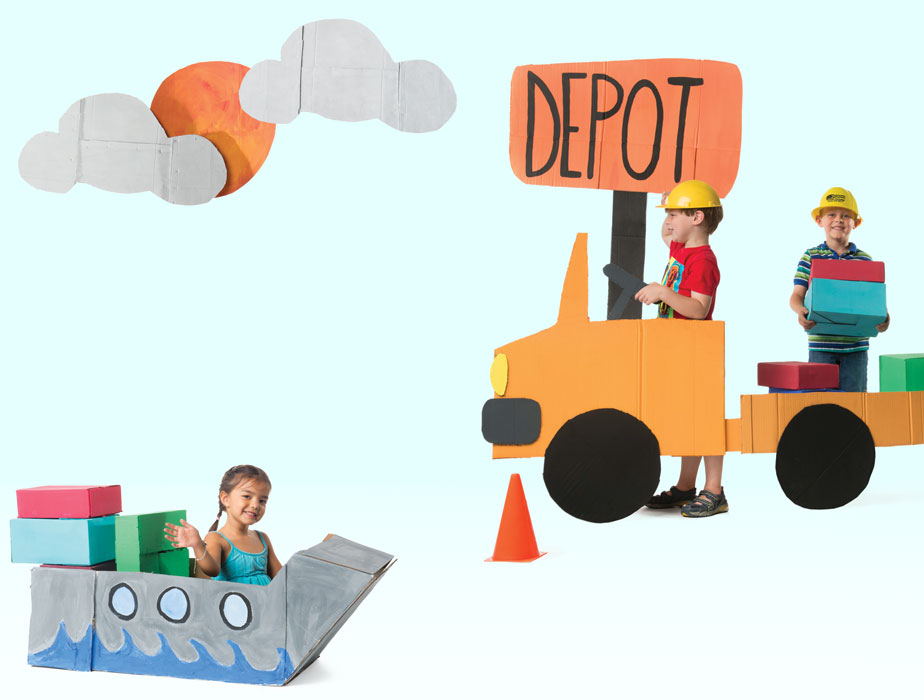 In the hostile environment of space, astronauts require protection from solar radiation.

High-energy photons and other particles ejected by the sun threaten to seriously harm humans who venture above the clouds. Down on the ground, earthlings are protected from most of these particles by the atmosphere. In space, particle detectors play a vital role in keeping astronauts safe from radiation. NASA scientists use particle detectors to carefully monitor each astronaut’s exposure to radiation. Satellite detectors look out for intense bursts of radiation from the sun, and provide a warning to astronauts when excess amounts are headed their way. 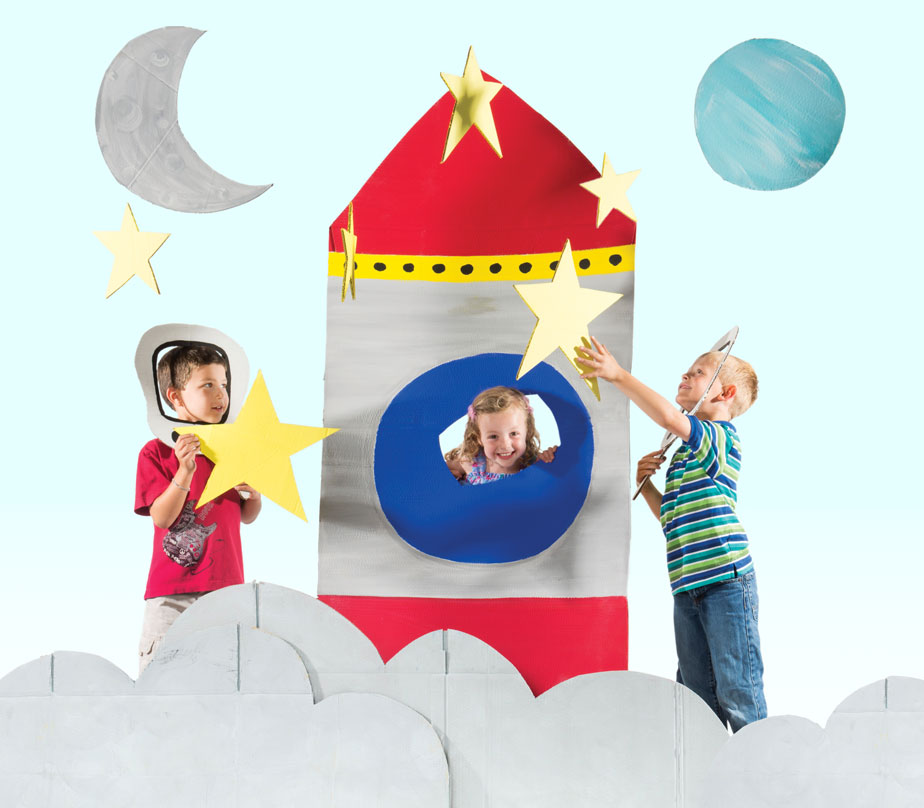 Particle detectors help test the structural integrity of industrial equipment, such as steam turbines and airplane engines. Smart phones and other computing devices contain semiconductors that are engineered using particle detectors in a process called ion implantation. In geology, neutrons and neutron detectors are used to identify oil reserves and rare minerals deep underground. Electron beams sterilize food, food packaging and medical equipment for consumer safety—and they use particle detectors. Muons—particles raining down from outer space—have been used to probe geophysical phenomena, like the internal structure of volcanoes and mountains. More recently, scientists have been working on devices that use muons to search for radioactive materials in waste containers or cargo ships.

And of course, physicists use particle detectors to learn more about the universe, from finding subatomic particles such as the Higgs boson, to searching for new particles that would explain dark matter and other unsolved phenomena, to looking back in time at the first few seconds after the big bang.

Particle detectors are used every day, making us safer, healthier and more knowledgeable and helping us get things done.