The Daya Bay experiment, famous for studying neutrino mixing, is branching into a new area of neutrino physics. 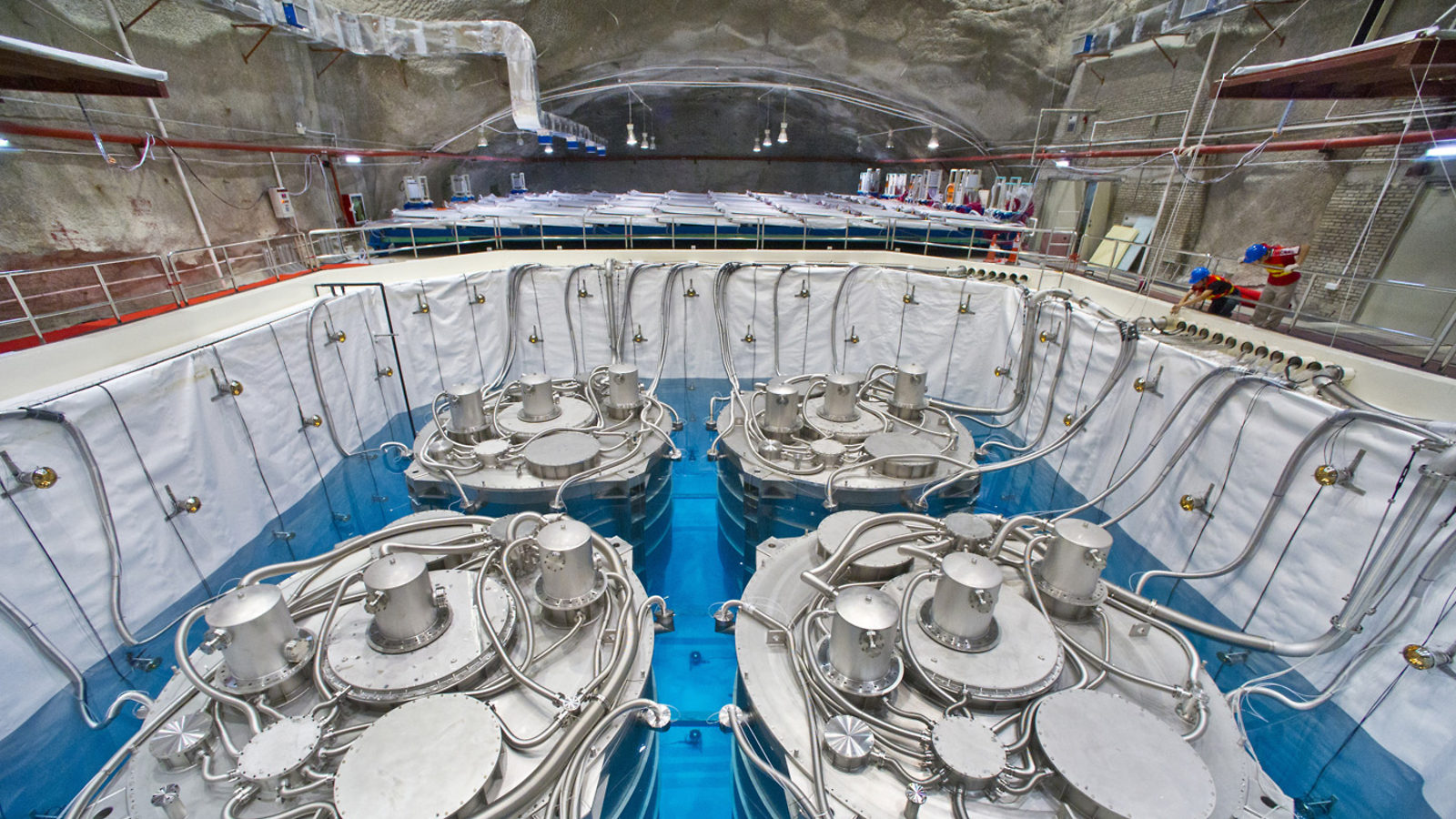 The experiment that produced the latest big discovery about ghostly particles called neutrinos is trying its hand at solving a second neutrino mystery.

The Daya Bay Reactor Neutrino Experiment reported in Physical Review Letters today that it has narrowed the region in which the most elusive kind of neutrino, the sterile neutrino, might exist.

Located in southern China, the experiment studies low-energy neutrinos and their antimatter counterparts streaming from the nearby Daya Bay and Ling Ao nuclear power plants.

The primary goal of building the Daya Bay experiment was to better understand how neutrinos oscillate, or change from one type to another. Daya Bay scientists accomplished this in March 2012 with the discovery of a parameter called theta-13.

In the process they collected the most data on antineutrinos from a nuclear reactor of any experiment in the world.

“We have multiple reactors as well as detectors,” says co-leader of the Daya Bay experiment Kam-Biu Luk of Lawrence Berkeley National Laboratory and the University of California, Berkeley. “As a result we are in a very good position to search for sterile neutrinos, particularly in a region that hasn’t been explored before.”

Neutrinos are known to oscillate between three types. The question Daya Bay set out to answer was whether there is a fourth type that mixes with the other three. Sterile neutrinos have yet to be discovered, possibly because they interact with matter less than any other type of neutrino—a characteristic that has made them candidate dark matter particles.

In today’s result, Daya Bay scientists ruled out the existence of these neutrinos at the lowest masses ever probed.

“We have no idea where the sterile neutrino is hiding, if it exists,” Luk says. “Therefore it is very important to have many types of experiments search in different regions.”

Daya Bay scientists will likely release a second sterile neutrino study only after they have finished collecting data in 2017, Luk says.

A new Daya Bay result advances our understanding of neutrinos by precisely measuring their oscillation behavior at different energies.