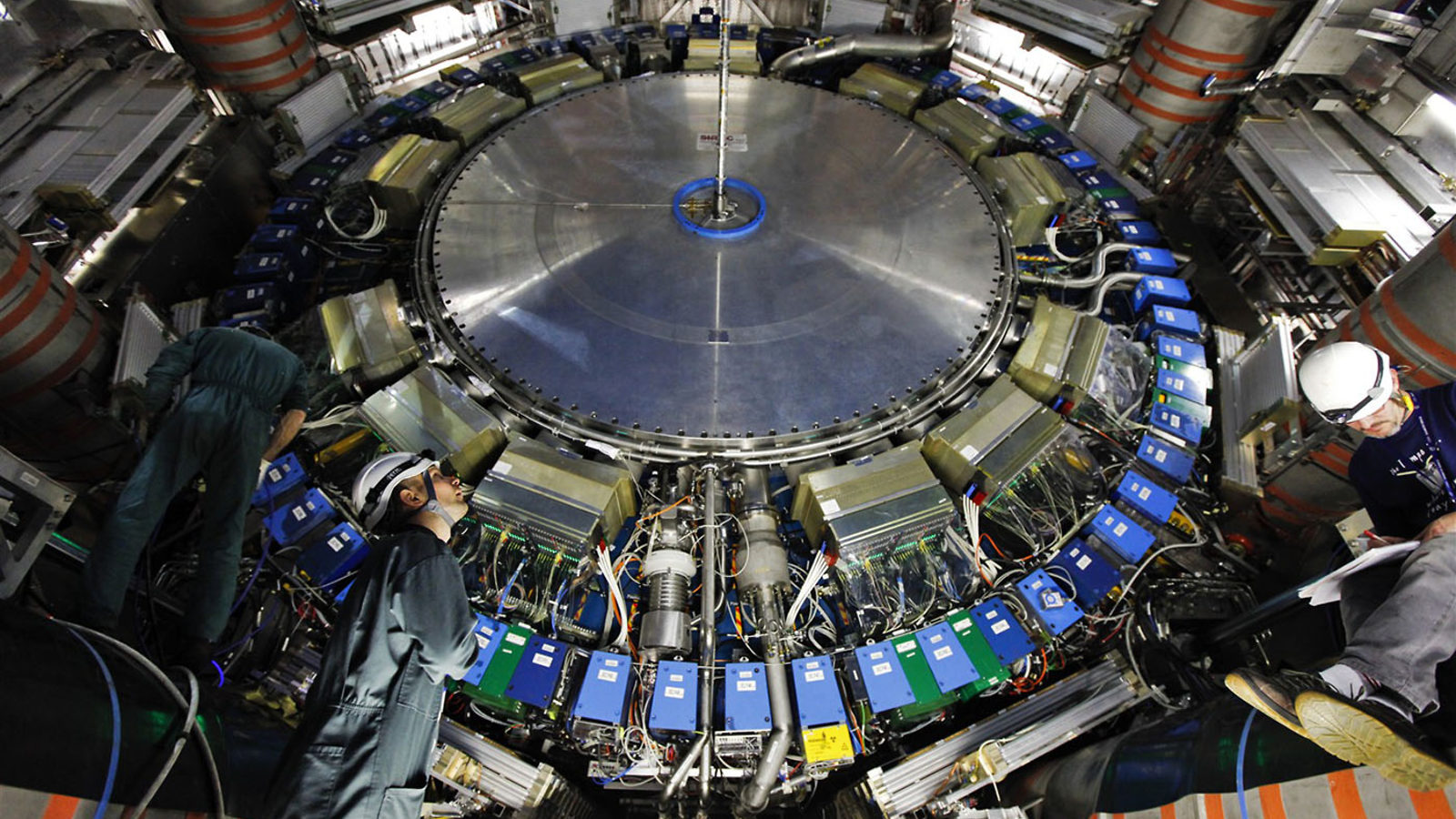 The Higgs boson now holds a seat next to “world’s longest tongue” and “most swords swallowed underwater.” The latest version of the Guinness World Records book recognizes CERN’s discovery of the mass-giving particle.

The typical Guinness World Record has to be measurable and breakable. However, the organization also awards significant milestones for different subjects. The first proof of the existence of the Higgs boson, initially announced in 2012, made major news both within the particle physics community and beyond, prompting two Guinness World Records consultants to suggest including the discovery.

“I think anything we can do to encourage people into science is a good thing,” says Craig Glenday, editor-in-chief of Guinness World Records. “We’re largely a book that celebrates great achievements, so it’s a good way of saying science is great and should be celebrated.”

Glenday said that covering as wide a spectrum of topics as possible is important to the broad appeal of the books and to exposing people to new and interesting information they might not otherwise find. The annual edition, released on September 12 in the United States, also serves as a snapshot of what has happened in the last year. The crazy and fun records lure in readers who return to the book and get small doses of science over time.

“It sort of depresses me that people think Guinness World Records is only fat people and bearded women,” Glenday says. “That’s why it’s really important that we have records like this, because it shows we are prepared to look at the whole scope of what’s happening in the world.”

Glenday and science and technology records manager Sam Mason visited CERN to present the certificate for the Higgs discovery to a delegation including CERN’s director general Rolf-Dieter Heuer and to tour the ATLAS and CMS experiments that discovered the famed particle. The Guinness World Records representatives likened the experience to seeing the pyramids in person for the first time, calling the Large Hadron Collider a “technocathedral” and “an iconic image of science.”

“Each person had such an enthusiasm when they were talking to us about the topic,” Mason says of CERN’s passionate scientists. “They live and breathe particle physics.”

Tiziano Camporesi, leader of the CMS experiment at the LHC and a member of the receiving committee, says it was satisfying to see a fundamental research result spread to a much wider audience. He called the award “an amusing follow-up to the Higgs discovery.”

Both CERN and Guinness World Records are celebrating their 60th anniversaries this month.