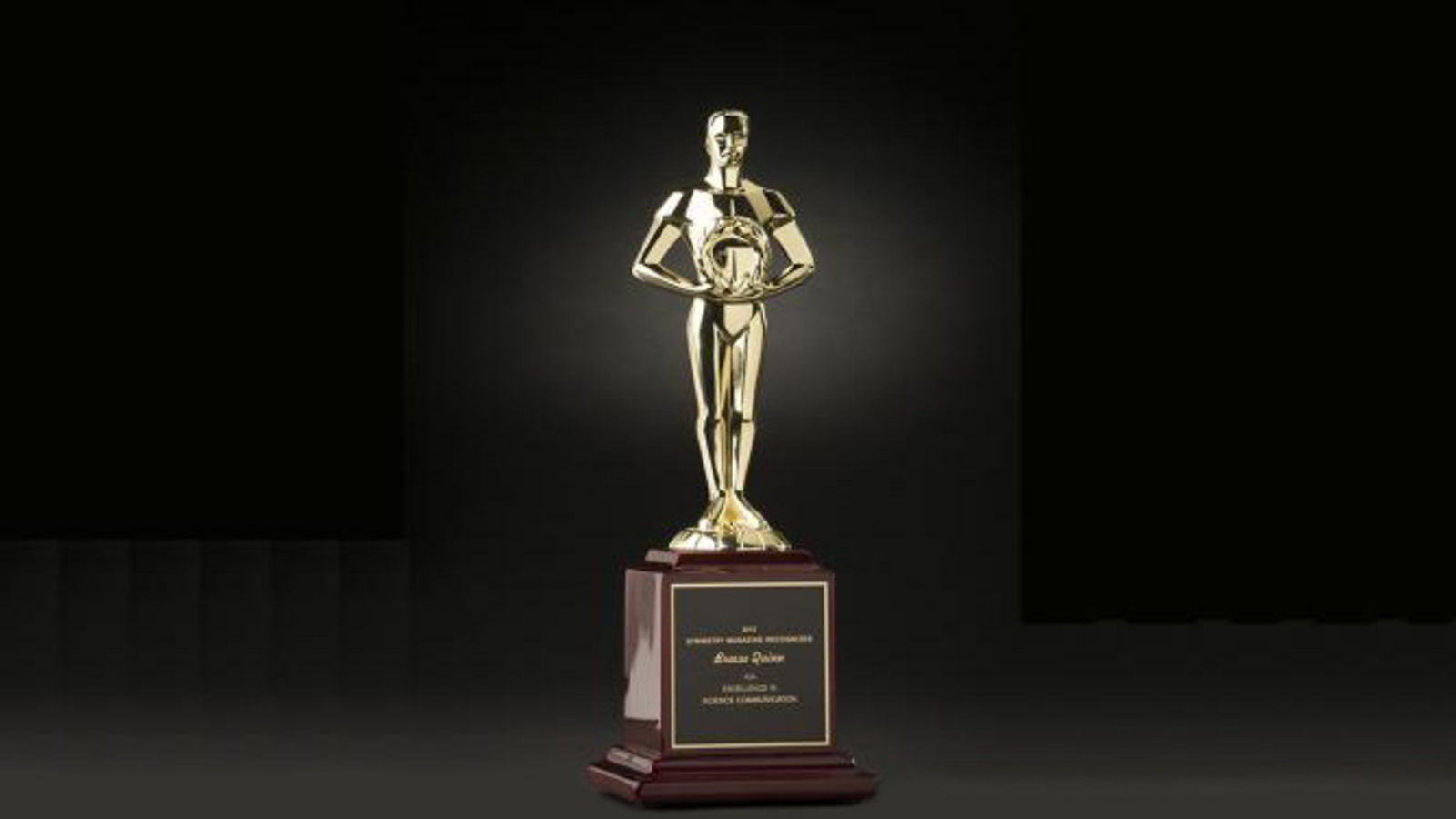 At a major particle physics planning meeting this summer, a couple of dozen physicists volunteered to speak on camera about why they do what they do. We at symmetry chose our top five explanations and asked you to vote for your favorite.

The results are in: University of Mississippi physicist Breese Quinn is the winner of the very first symmetry “Excellence in Science Communication” award, affectionately nicknamed the “Symmy.” On Monday he gamely agreed to pose for an awards-show-themed photo with his prize. 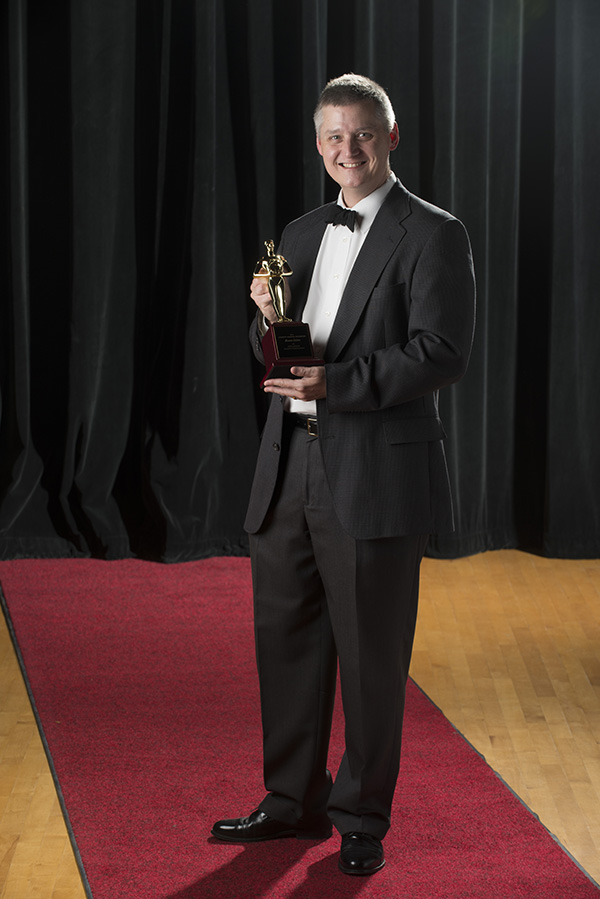 Quinn says the contest made him take a step back and look at the big picture to put into words what makes him so passionate about particle physics. “It’s the excitement of learning something new about the world that nobody’s ever known before,” he says.

“I think there is an awful lot of wonder and beauty to what we do,” he says. “And that, I think, really needs to be shared.”

Quinn, who grew up in Arkansas, says he had a good idea from about sixth grade on that he wanted to be a physicist. But what solidified that decision, he says, was being chosen during his senior year of high school to participate in a program that brought one student from each state to the Department of Energy's Fermilab for two weeks of classes and activities.

“It was just mesmerizing,” he says.

These days, Quinn tries to share that same wonder with students by giving physics presentations to classes from preschool through high school. The demonstration that works for audiences of all ages, he says, is one in which he lies on a bed of nails and has another demonstrator whack with a sledgehammer a cinder block balanced on his stomach. Beyond looking pretty darn impressive, this smashing display helps him teach students about inertia, the conservation of energy and the way pressure is related to force and area.

Quinn is at home in the classroom. He spends much of the year teaching classes in both graduate-level particle physics and conceptual physics (or, as some call it, “physics for poets”) at the University of Mississippi. Quinn says he especially enjoys the reactions from students learning particle physics concepts for the first time.

Quinn is taking a break from teaching this year after winning another, slightly more prestigious award: He is one of the first recipients of Fermilab’s new Intensity Frontier Fellowship. This will give him more time to spend on the particle physics experiments on which he collaborates: DZero, Muon g-2, and ORKA, a proposed kaon experiment. He says that once he returns to Ole Miss, though, he will find a good place in his office to display his Symmy.

Watch Breese's award-winning entry on symmetry's YouTube channel or below.