After more than a year of improvements, Fermilab's accelerator complex has begun sending neutrinos to experiments at the lab and in Minnesota. 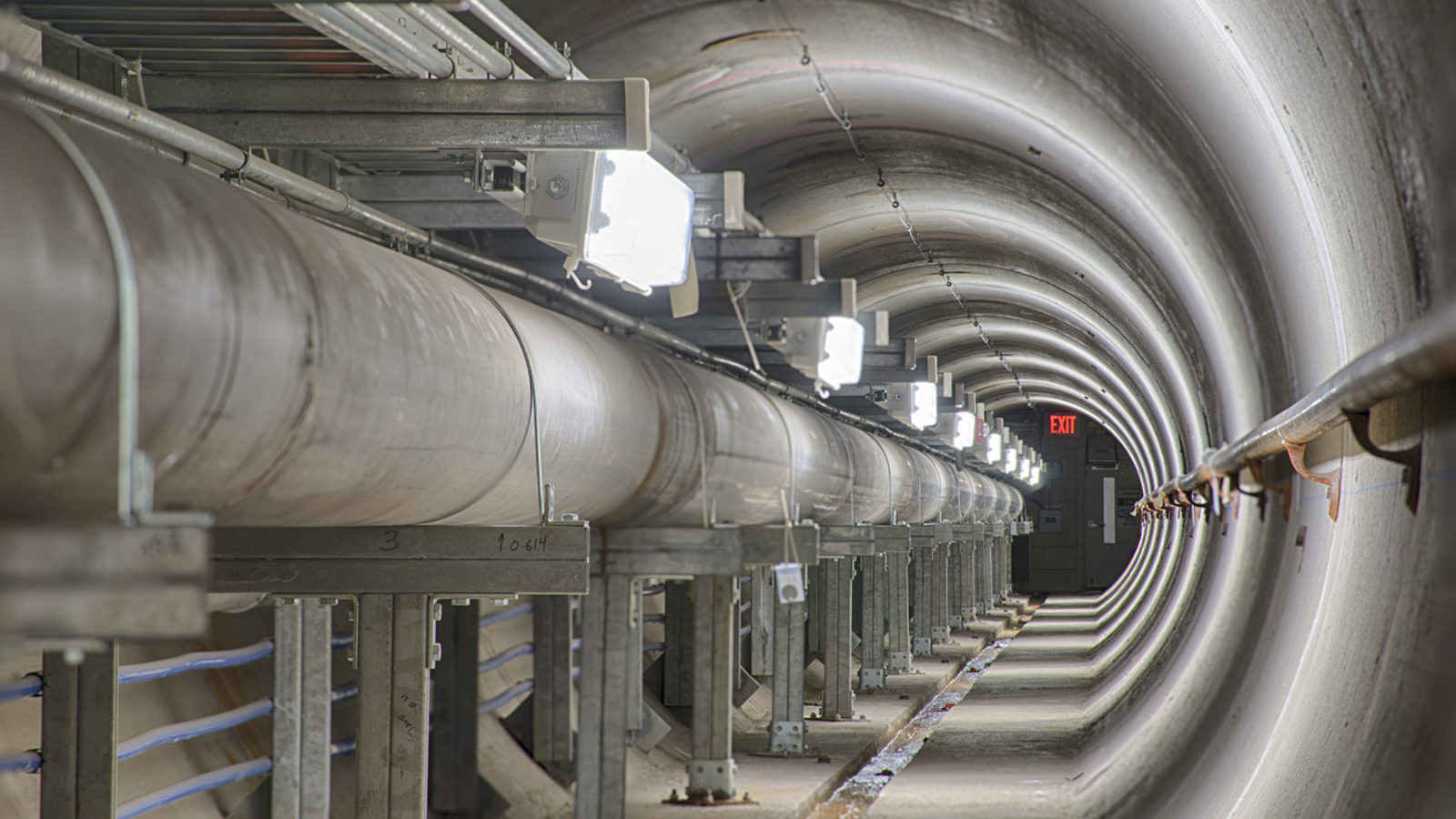 Today, for the first time, Fermilab switched on its newly revamped neutrino beam, soon to be one of the most intense neutrino beams in the world.

Neutrinos are light, neutral particles that can zip through solid rock as if it were empty space. In order to catch enough of these particles to study them, scientists use particle accelerators to create dense beams of neutrinos and aim them at large particle detectors.

Scientists create a beam of neutrinos at Fermilab by firing protons into a target made of carbon, a process that releases other charged particles that can be steered and focused. Those particles eventually decay into lighter particles, including neutrinos. The other particles are absorbed in the earth, leaving a clean neutrino beam.

The laboratory’s accelerator complex (part of which is pictured above) had been shut down for more than a year to undergo a comprehensive set of upgrades in preparation for the start of the NOvA experiment. Scientists on NOvA will study the properties of neutrinos using a 200-ton detector at Fermilab and a 14,000-ton detector in northern Minnesota.

“Almost all neutrino experiments are limited by the fact that neutrinos interact with matter so infrequently,” says Harvard physicist Gary Feldman, co-leader of the NOvA experiment. “NOvA is no exception. So the accelerator physicists at Fermilab came up with a scheme to approximately double the power of their neutrino beam.”

Accelerator physicists have updated some of the beamline through which the protons travel, the radio-frequency cavities that boost their energy, the kicker magnets that switch them to the desired path, the target they crash into, and one of the magnetic horns that focuses the emerging particles into a beam. They've changed the positions of the horns to make a higher energy neutrino beam. They’ve given the whole process an additional boost by repurposing part of the accelerator complex to speed up proton injection in the Main Injector, Fermilab's most powerful operating particle accelerator.

Physicists are restarting the accelerator complex slowly, says Ioanis Kourbanis, head of Fermilab's Main Injector department. Today the neutrino beam should run at about one-tenth of its eventual power level. In a couple of weeks it should be back to about its pre-upgrade level, and then it will gradually ramp up to its full potential.

The first modules of the NOvA far detector, still under construction, will start taking data immediately, but the experiment cannot fully take advantage of the new beam until both of its detectors are complete next year. However, two already operating neutrino experiments—MINOS+ and MINERvA—will benefit from the upgrades to the neutrino beam right away.

The MINOS+ experiment is complementary to the NOvA experiment. Its far detector, which is based on different technology, is also located in Minnesota. Both experiments study the way that neutrinos change from one type to another, a phenomenon called neutrino oscillation.

"The change in energy opens up a whole new world for MINOS+," says University College London physicist Jenny Thomas, co-leader of the MINOS+ experiment. "We will measure the oscillation spectrum with such high precision that we could see evidence of unexpected effects."

“The higher energy beam is going to be a big change from the low-energy run,” says Fermilab physicist Debbie Harris, co-leader of the MINERvA experiment. “It’s not exactly a whole new experiment, but there are going to be a lot of new things we will be able to measure about neutrinos. We’re psyched.”