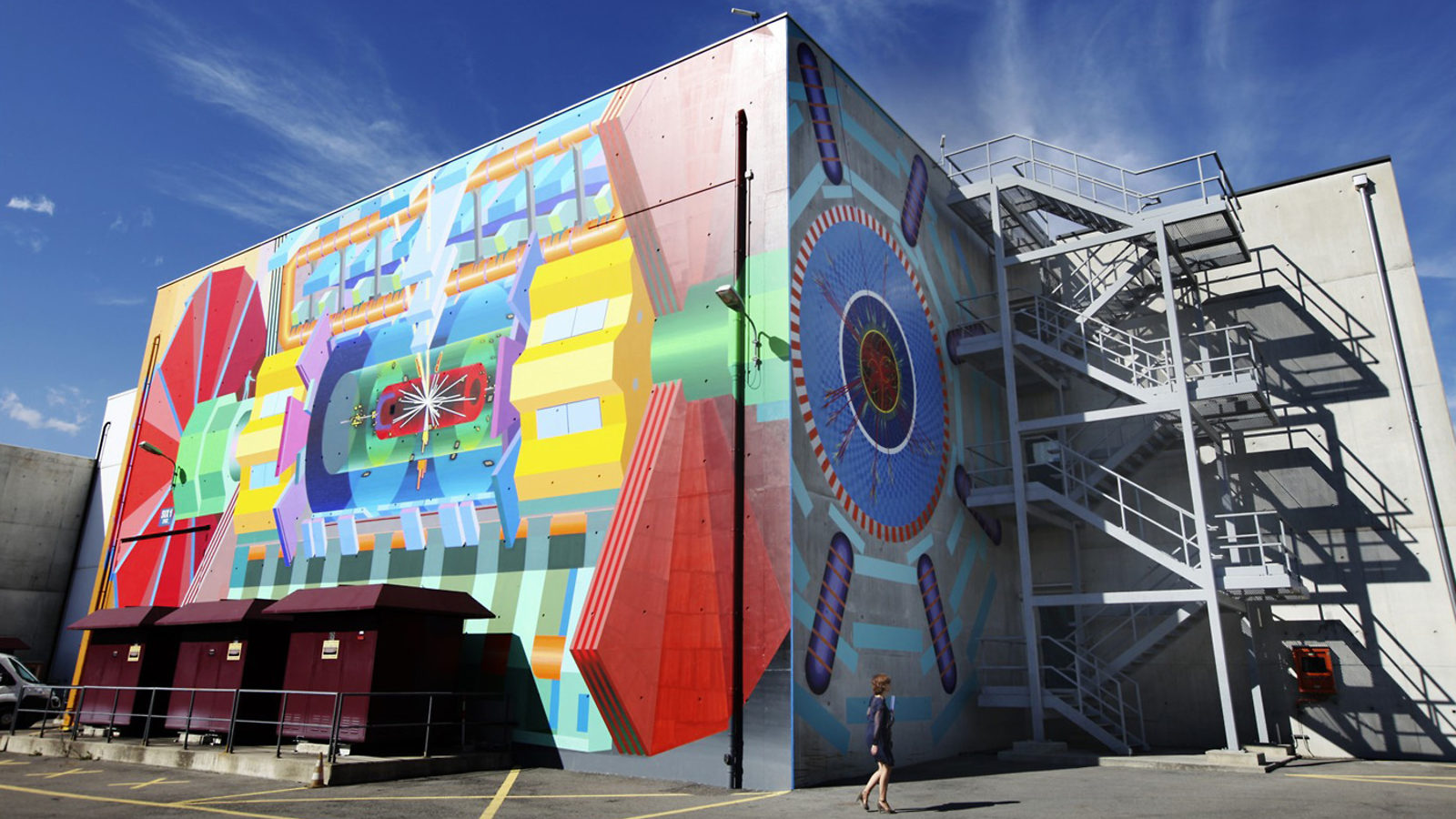 The hunt for microscopic black holes

Finding micro black holes at the LHC would alert scientists to the existence of extra dimensions, which might explain why gravity seems so weak.

The energy required for a black hole like the one at the center of our galaxy to form—the amount contained in a dying, super-massive star collapsing in on itself—is many times higher than what we can achieve in our earthly laboratories.

However, if certain theories are correct about the nature of gravity, there may be a way for physicists to create a very different type of black hole—one so small and fleeting that its presence could only be inferred from its effect on subatomic particles in a particle detector. And this process may be within reach of the Large Hadron Collider.

According to some theories, there are more than just three dimensions of space. The existence of extra dimensions would offer an answer to one of the most prominent mysteries in physics today: why gravity is so weak when the other fundamental forces are so strong. The more dimensions there are, the more gravity will dilute over increasing distances. The force will weaken as it scatters farther afield, but it will be surprisingly strong at short distances.

If there are 10 dimensions, for example, then the gravitational force must propagate through several more spatial dimensions than we can detect; it seems weak to us only because most of it is lost in the unseen dimensions.

Physicists know that it should take a certain amount of energy—more than the LHC could ever conjure—to make a microscopic black hole. But if gravity is stronger than we think, then the threshold of energy needed could be within range of both the LHC and cosmic-ray collisions with Earth’s atmosphere, says theoretical physicist Steve Giddings from the University of California, Santa Barbara.

“The great thing about microscopic black holes and extra dimensions is that there are many ways to look for them,” says Rutgers University scientist John Paul Chou, who serves as co-convener of the exotica physics group at the CMS experiment at the LHC. “But the LHC is the cleanest, most obvious way to create and find them.”

When two particles hit dead-on at close to light speed, a small amount of energy greatly concentrates into a tiny space. If extra dimensions exist, the collision could reveal gravity’s hidden strength; the energy and density could be high enough to fuse into a microscopic black hole.

A micro black hole would be too small and short-lived to have much effect on its surroundings. Scientists’ only clue would be a burst of extra particles (depicted in the event display on the right side of the mural pictured above). But its effect on our understanding of nature at the quantum level would be enormous. If physicists produced microscopic black holes at the LHC, they would have proof that there are more than three dimensions of space.

Scientists are watching, but so far, they haven’t found signs of microscopic black holes, Chou says. “So either they don’t exist, or they’re so rare, we haven’t produced one yet.”

Scientists could look for extra dimensions in other ways, such as searching for heavier versions of known particles that could exist only if there were more than three dimensions, or looking for evidence of gravitons, gravity’s hypothetical force carrier, that have escaped into other dimensions and left an empty zone in the detectors.

But if micro black holes don’t make a showing at the LHC once it returns at higher energy in 2015, physicists will have to adjust their theories and approaches.

“It won't rule out any theory per se,” Chou says, “but it will strongly constrain them as it has already done with the recent 2010 to 2012 run at the LHC.”

Regardless of whether we see microscopic black holes at the LHC, we’ll learn something new about nature.