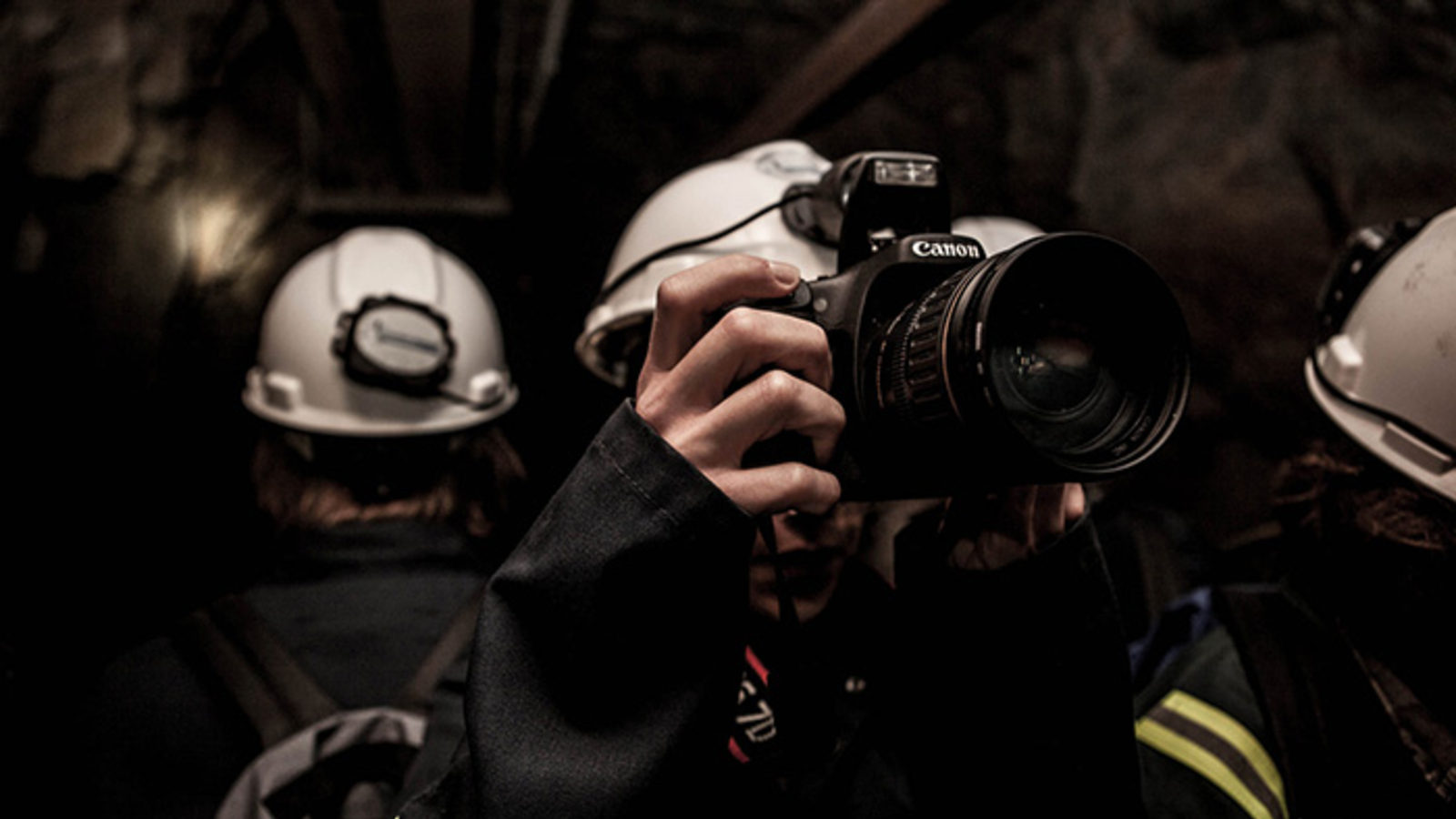 Scientists at the Sanford Underground Research Facility, located in a former South Dakota gold mine, spend their days searching for the invisible. A recent collaboration with local artists gave members of the public a new way to see their work.

The lab’s underground landscape is vast—370 miles of tunnels, 7700 acres of excavated space and 14 shafts reaching as deep as 8000 feet. Most of that territory still looks like a gold mine. But on the 4850-foot level, two experiments occupy a gleaming 21st century physics facility. There, the Large Underground Xenon experiment hunts for dark matter, a mysterious substance that seems to make up 23 percent of the universe. The Majorana Demonstrator experiment, currently under construction, will soon begin its quest to detect neutrinoless double-beta decay, a theoretical process that, if observed, would prove that neutrinos are completely neutral particles and suggest that something other than the Higgs field causes them to have mass.

The Sanford Lab’s cast of characters is unique, too. Physicists, geologists and biologists all conduct research here. Senior scientists and postdocs work with machinists, electricians and hard-rock miners (now called “infrastructure techs”). Engineers work with everybody, and graduate students and technicians of every stripe are ubiquitous. As the lab’s communications director, I work with all of them.

One position you will not find in the mine, however, is artist-in-residence. So imagine my surprise earlier this year when I discovered a Facebook page titled “The Sanford Underground Gallery Project.” Surely, given my role, I would have known if we had created an underground art gallery. Wouldn’t I?

I contacted the Facebook page’s administrator, who turned out to be Chris Francis, an artist from Madison, South Dakota.

Francis told me he had launched the Facebook page just the day before. He hadn’t meant to suggest there was an underground gallery. Rather, he hoped to win support for one.

Although he had never visited the Sanford Lab, he was fascinated by the deep environment and the strange science—especially the hunt for dark matter. Francis thought art could help communicate Sanford Lab science. I had to agree with him, and so did many others. Less than 24 hours after he launched the page, the Sanford Lab gallery group had more than 100 members. They included dozens of artists and art administrators from throughout South Dakota.

Apparently this was an idea whose time had come. The underground area of the lab was not quite prepared to support a gallery, but Francis and I came up with another plan.

The Sanford Lab’s sixth annual Neutrino Day science festival was scheduled just a few months away. We decided to add an art show, and Francis signed on as an organizer. We also recruited Karen Everett, executive director of the local Lead Deadwood Art Center, which would sponsor the show. Steve Babbitt, a photography professor at nearby Black Hills State University agreed to help, too, along with Sanford Lab photographer Matt Kapust.

This committee invited a couple of dozen painters, sculptors and photographers from around South Dakota to tour the underground lab and then create work for a show on the surface titled “Into the Dark: Artists Exploring Dark Matter.” Twenty-two artists agreed to participate. We also added a companion show, “Deep Photography,” by Babbitt and Kapust (Babbitt’s former student). The pair has spent more than three years documenting the creation of the Sanford Lab with thousands of high-quality images, and their show includes 25 of these photographs.