Physicists on the CDMS experiment have devised a better way to search for a particle that, if it exists, will revolutionize our ideas about dark matter. 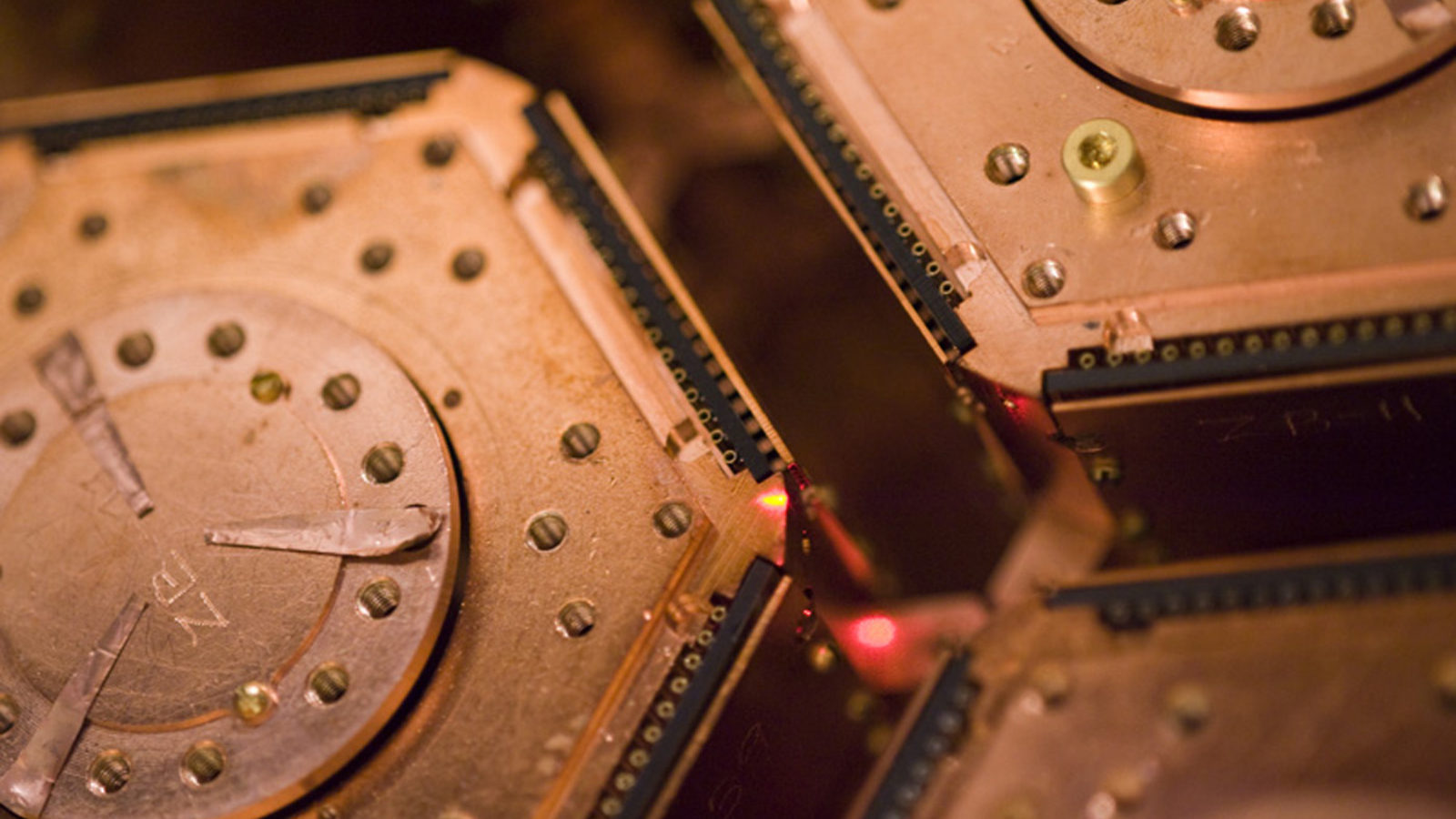 After seeing possible hints of surprisingly light dark matter earlier this year, scientists on the Cryogenic Dark Matter Search have found a way to improve their search for such particles.

If low-mass dark-matter particles are discovered, that could tell us that dark matter is more complicated than we originally thought.

Physicists designed CDMS (pictured above) to look for heavy dark-matter particles, the kind predicted by the popular theory of supersymmetry. Supersymmetry posits that every elementary particle we know—the quark, the lepton, and so on—has a massive partner particle. One such partner particle could be what we call dark matter.

However, a different theory, currently rising in popularity, predicts the existence of a light dark-matter particle that is just one member in a family of “dark sector” particles.

“We don’t know; there could be both heavy and light-mass dark-matter particles,” says physicist Dan Bauer, project and operations manager for CDMS and leader of the Fermilab CDMS group. “That’s one of the things that has been interesting in the past few years, the realization that dark matter could be every bit as complicated as normal matter.”

The CDMS experiment searches for dark-matter particles using a detector filled with germanium and silicon crystals cooled to a very low temperature, about minus 460 degrees Fahrenheit. That's less than a hundredth of a degree Fahrenheit above absolute zero. Atoms in chilled crystals stay very still, making it easier to notice when they are disturbed. If a dark-matter particle knocks against the nucleus of an atom in the CDMS detector, the interaction will release a small amount of heat and charge, which the scientists measure with sensitive electronics.

The lighter the particle administering this kick, the smaller the amount of heat and charge released. That makes low-mass dark-matter particles particularly hard to find.

A modification to the CDMS detector called CDMSlite—“lite” standing for “low-ionization threshold experiment”—combats this problem with the application of a larger voltage across the crystal (a whopping 69 volts instead of the usual 4). This amplifies the signal that low-mass particles release, giving the scientists a much closer look at the energy range where light dark-matter events should appear.

The experiment has now set the strongest limits in the world for detection of a dark-matter particle with a mass below 6 billion electronvolts.

“We are excluding new parameter space that hasn’t been probed before,” says Pacific Northwest National Laboratory physicist Jeter Hall, who conceived of and helped realize the idea of using higher voltages.

While CDMSlite is not well suited for looking for heavy dark-matter particles—their much-larger signals would saturate the experiment’s electronics—CDMS will not give up on its quest for a massive particle. CDMS scientists will operate detectors in different search modes to cover a wide range of dark-matter masses.

“We should consider a broad range of possibilities, given how little we know about the properties of dark matter,” says physicist Richard Partridge, who heads SLAC National Accelerator Laboratory’s CDMS group.

Scientists hope to use the technology developed for CDMSlite in the next generation of the experiment, a larger detector to be placed more than a mile underground at SNOLAB in Canada.

“The search for dark matter has been on for some time now. Recent evidence points to the possibility of particles lighter than we had anticipated. And hunting for such light dark matter requires newer detection technology,” says Fermilab visiting scholar Ritoban Basu Thakur of the University of Illinois, Urbana-Champaign, who is writing his thesis on CDMSlite. “We are pushing the boundaries of detector technology as we try to find dark matter.”