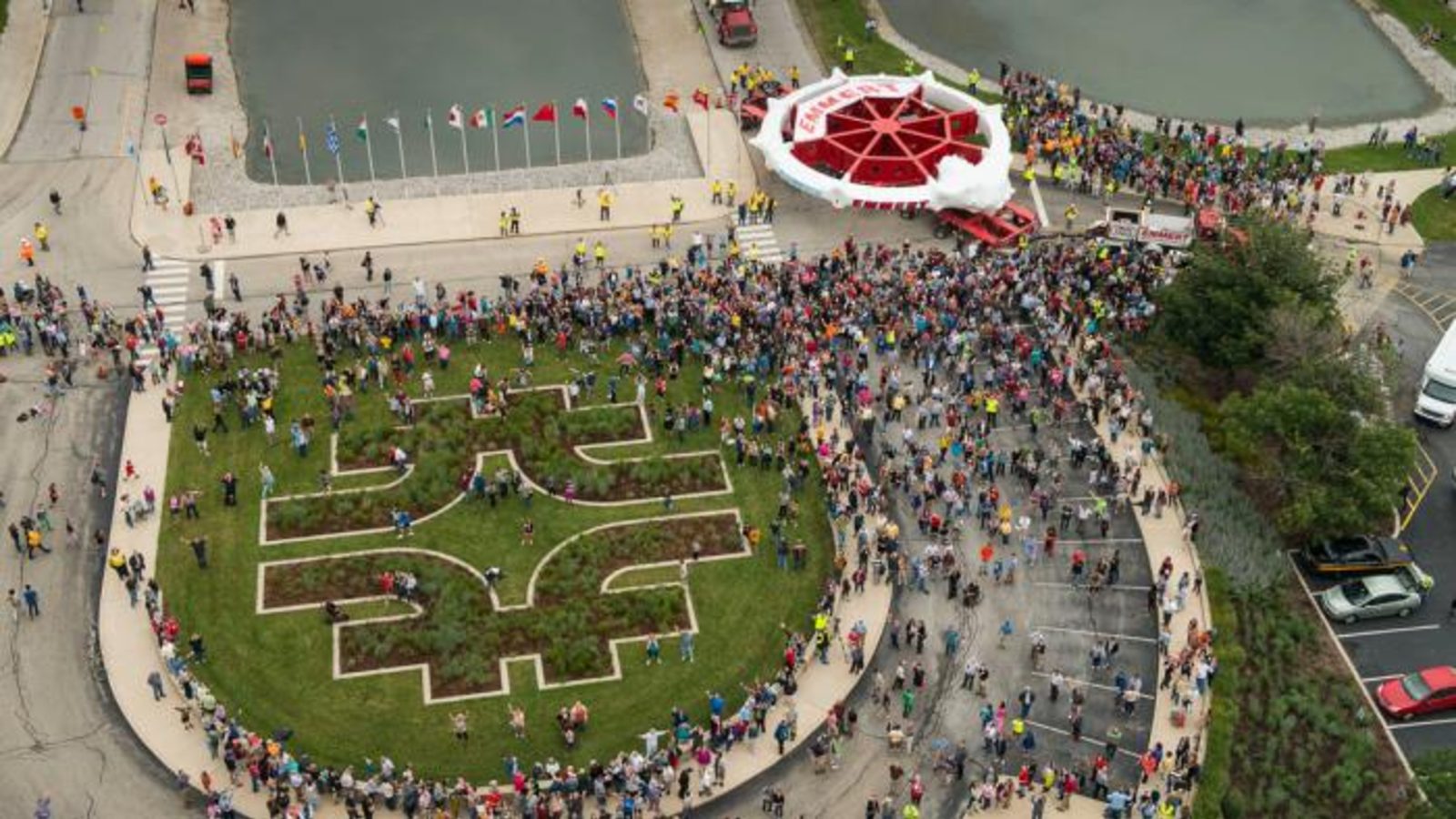 Every once and a while, a conversation at a pub wanders into big-questions-about-the-universe territory. When that happens at Two Brothers Tap House in Warrenville, Ill., a physicist might actually be on hand to offer an opinion.

Two Brothers Brewing Company, the largest independent craft brewer in the Chicago area, is located just down the street from Fermilab, the United States’ only dedicated particle physics laboratory. As a result, the brewery has a larger percentage of PhD-wielding patrons than your average establishment, and the brewers have a broader knowledge of particle physics than your average non-scientist.

Bogan says he’s talked to the scientists about their research and has even gone on a tour of the lab.

“It’s always interesting to learn what’s going on in your backyard,” he says.

That’s why, when Fermilab’s Muon g-2 experiment required an electromagnet 50 feet in diameter to be shipped carefully, without twisting or bending, from Brookhaven National Laboratory in New York to Illinois, employees at the brewery heard all about it. They decided the electromagnet’s arrival after a five-week trip by land and by sea merited more than just a toast. It deserved its own limited-edition beer.

They eventually chose the name “Magnetic Moment” to describe both a characteristic of the muons that the experiment will measure and the atmosphere at the laboratory as the electromagnet arrived on site. The Muon g-2 ring made its final approach on July 26 cheered on by a crowd of about 3000 fans, scientists and neighbors from far and wide.

More cheering can be expected in the coming months; scientists still have a few cases left over from their after-party.