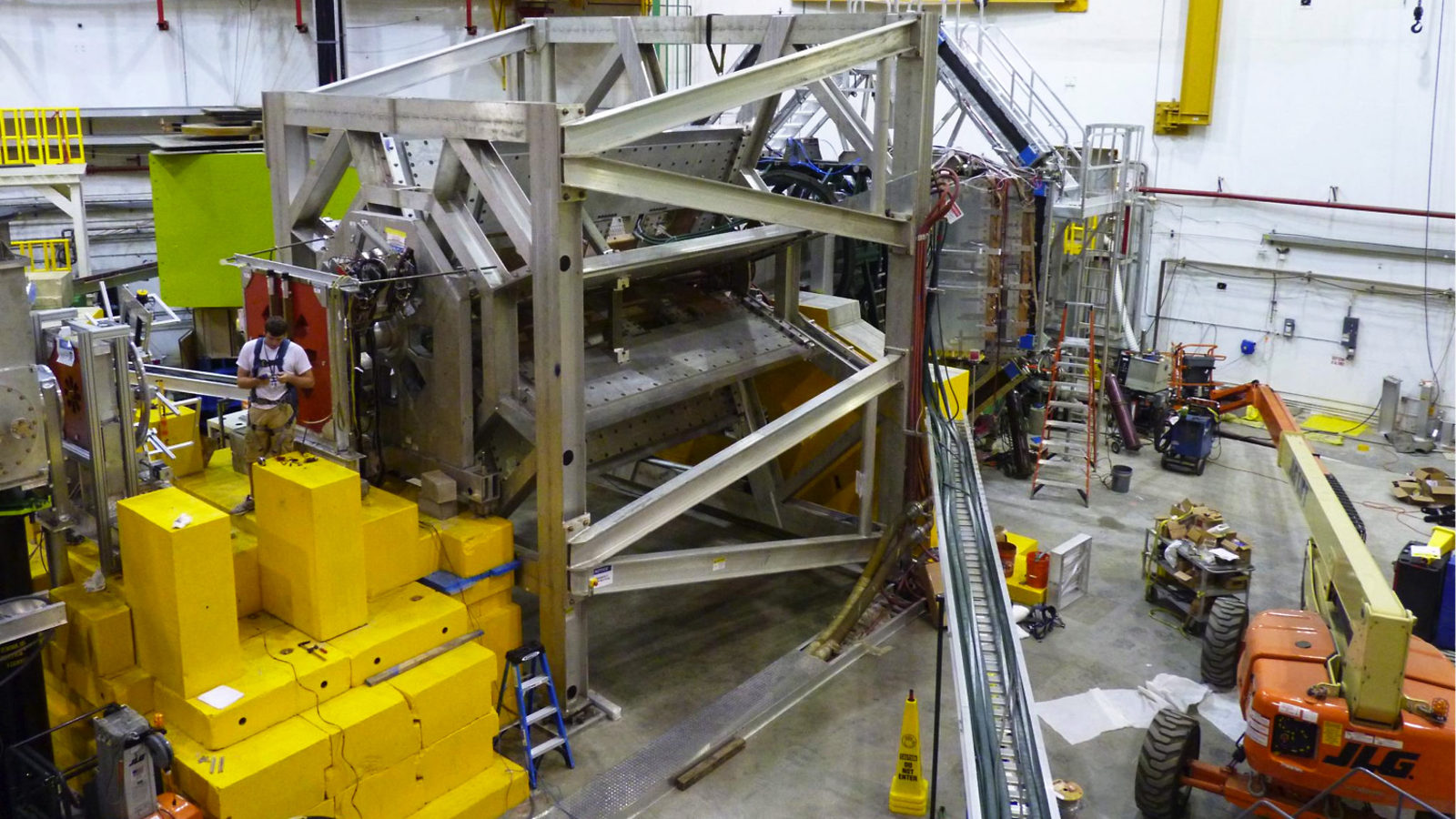 In an early analysis of its data, the Q-weak collaboration, based at Jefferson Lab in Virginia, has determined that the value of the weak charge matches what's predicted by theory.

Although the weak force, one of the four fundamental forces of nature, is stronger than gravity, it got its name because it’s effective only at extremely short distances. If two particles are 0.000000000000001 millimeters apart, they feel the weak force. Much farther way than that, and the force’s strength drops off sharply.

The weak force is the main driver behind radioactive decay and is the reason that stars shine. Inside stars like our sun, protons and neutrons fuse to form deuterium. The stars release excess energy from this reaction through the weak force in the form of heat.

This research offers the first measurement of the weak charge within the proton.

Previous experiments had studied the force in simpler particles including the electron. Unlike the point-like electron, protons are made of three smaller particles called quarks, complicating the experiment.

If the value of the weak charge differs—even by a very small bit—from what’s expected, it could be evidence of as-yet-undiscovered particles influencing the results. Or perhaps it could point physicists toward a way to understand all of nature’s fundamental forces as a single force in a “grand unified theory.”

But “readers should view this initial result primarily as a first determination of the weak charge of the proton,” says collaboration spokesperson and Jefferson Lab staff scientist Roger Carlini, in a press release issued by Jefferson Lab on Tuesday. “With its higher precision, our final publication will be focused on implications with respect to potential new physics.”

In the Q-weak experiment at Jefferson Lab, researchers pummeled liquid hydrogen—essentially, a barrel of protons—with a beam of electrons whose spins were all aligned. The team measured the rate at which these electrons scattered at small angles, and then compared this to a measurement made with the direction of the electrons’ spin reversed. (Experimental setup shown above.)

In an initial analysis of a small percentage of the collaboration's experimental data, the research team found that the weak charge of the proton matches what’s predicted by theory.

Carlini says that the experiment was very difficult and only made possible by Jefferson Lab’s highly controlled beam of polarized electrons and a cleverly designed detection system.

A scientific paper describing these results has been accepted for publication in Physical Review Letters. A preprint can be found on the arXiv.