By Sarah Charley and Ashley WennersHerron 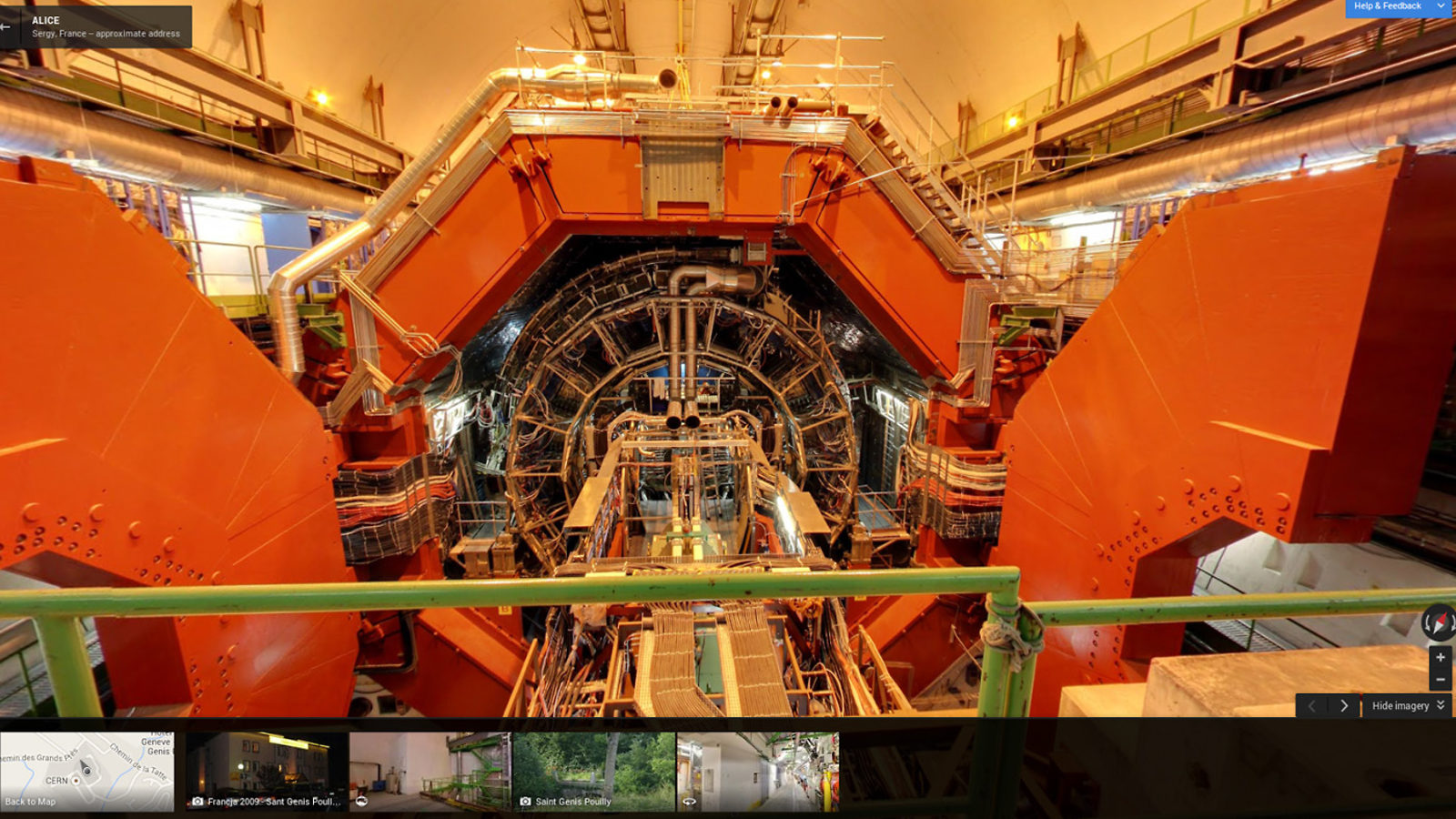 Visitors all over the world can now explore CERN’s massive detectors and 1200 meters of the Large Hadron Collider tunnel with Google Street View—a Google product that links a series of panoramic photos into a virtual tour.

In 2011, members of Google’s Zurich team joined forces with CERN and spent two full weeks photographing the subterranean experiments and portions of the LHC, as well as the interiors of surface buildings at the laboratory. Compiling the imagery and coordinating the GPS locations took an additional two years, according to CERN photographer Max Brice.

“Every 3 meters, they took a six-sided panorama of the tunnel,” Brice says. “Then we had to figure out the coordinates of every image. It came out to 6000 points for us to track.”

This new view of CERN allows visitors to explore the world’s largest particle accelerator and visit the caverns that house ATLAS, CMS, LHCb and ALICE (pictured above)—experiments responsible for expanding our scientific knowledge about new particles, like the Higgs boson, and increasing our understanding of the early universe.

“I don’t think people realize how much of CERN is underground,” Brice says. “On the surface, you see our buildings, but go underground and you can really start to get an idea of the big science done here.”

The CERN team hopes that these images will help make the laboratory and its research more accessible to the general public, as well as bridge the geographic gap between CERN and researchers on other continents, who analyze data taken by CERN experiments but don't necessarily ever visit the laboratory themselves.

“CERN is making these views available to the general public in order to share our amazing facilities with as wide an audience as possible, but they also play another role,” says James Gillies, head of communications at CERN. “With the size and geographical diversity of the collaborations, these views also allow scientists working on the experiments to explore their detectors, even if they don't get the chance to come here in person.”

The images will also help people visiting CERN navigate the lab, which stretches between Switzerland and France.

Google and CERN continue to collaborate on this project and hope to make many more CERN facilities virtually available to the public.