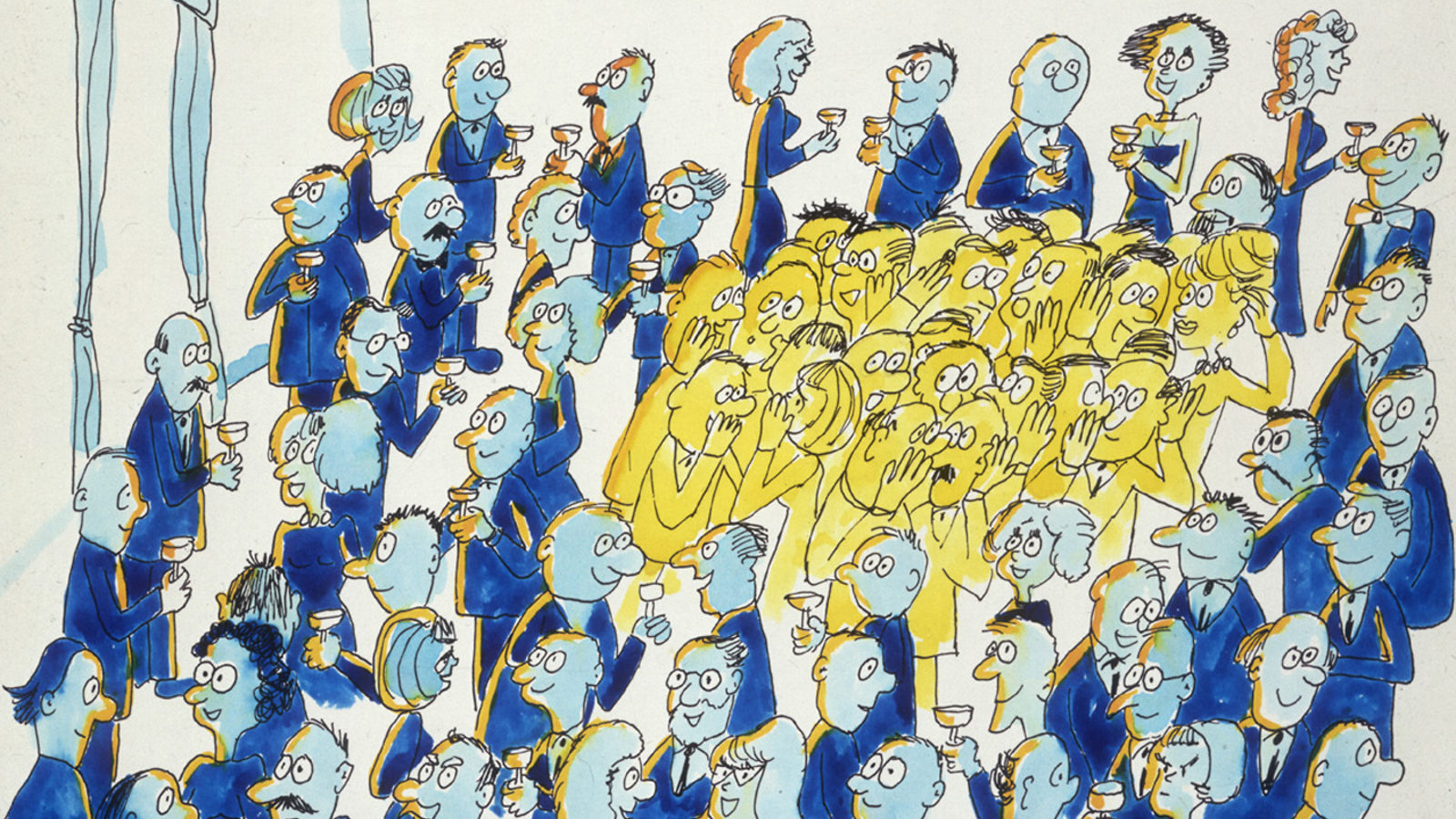 Two decades ago, UK Science Minister William Waldegrave announced he would award a bottle of champagne to the physicist who came up with the best way to explain the Higgs field and the Higgs boson to the general public.

Fermilab physicist Don Lincoln recently worked with animators at TED-Ed, the education-focused arm of the nonprofit that runs TED conferences, to create a video about the winning entry.

The Higgs field is responsible for giving mass to certain elementary particles. The Higgs boson is a particle associated with that field. Physicist David Miller of University College London earned Waldegrave’s bottle of bubbly by explaining both. To do so, he described a busy cocktail party.

An average person could wander through the crowd with ease. But a more popular figure would be mobbed as soon as he or she entered the room, making passage more difficult. In this example, the party-goers represent the Higgs field, and the people walking through the crowd represent particles to which the field gives mass. A person who is significantly impeded by interested guests is like a particle given a large mass by the Higgs field.

An excitation of the Higgs field is a Higgs boson. You can picture this as a bump that travels down a rope when you twitch one end of it, as the TED-Ed animation suggests.

In a cocktail party, this kind of excitation might move through the crowd if a rumor spread from one end to the other (illustrated above). People nearest the rumor-originator would lean in to hear it. They would then pass it along to their neighbors, drawing together a new clump of people, and then return to their original positions to discuss it. The compression of the crowd would move from one end of the room to the other, like a Higgs boson in a Higgs field.

Miller’s analogy isn’t perfect, but so far it has survived the test of time. When scientists on experiments at the Large Hadron Collider at CERN announced the discovery of the Higgs boson in 2012, many of them described what they’d found by saying, “Imagine a cocktail party…”

Editor's note: This article as been edited to reflect the fact that Waldegrave's contest took place two decades ago (not one decade ago).