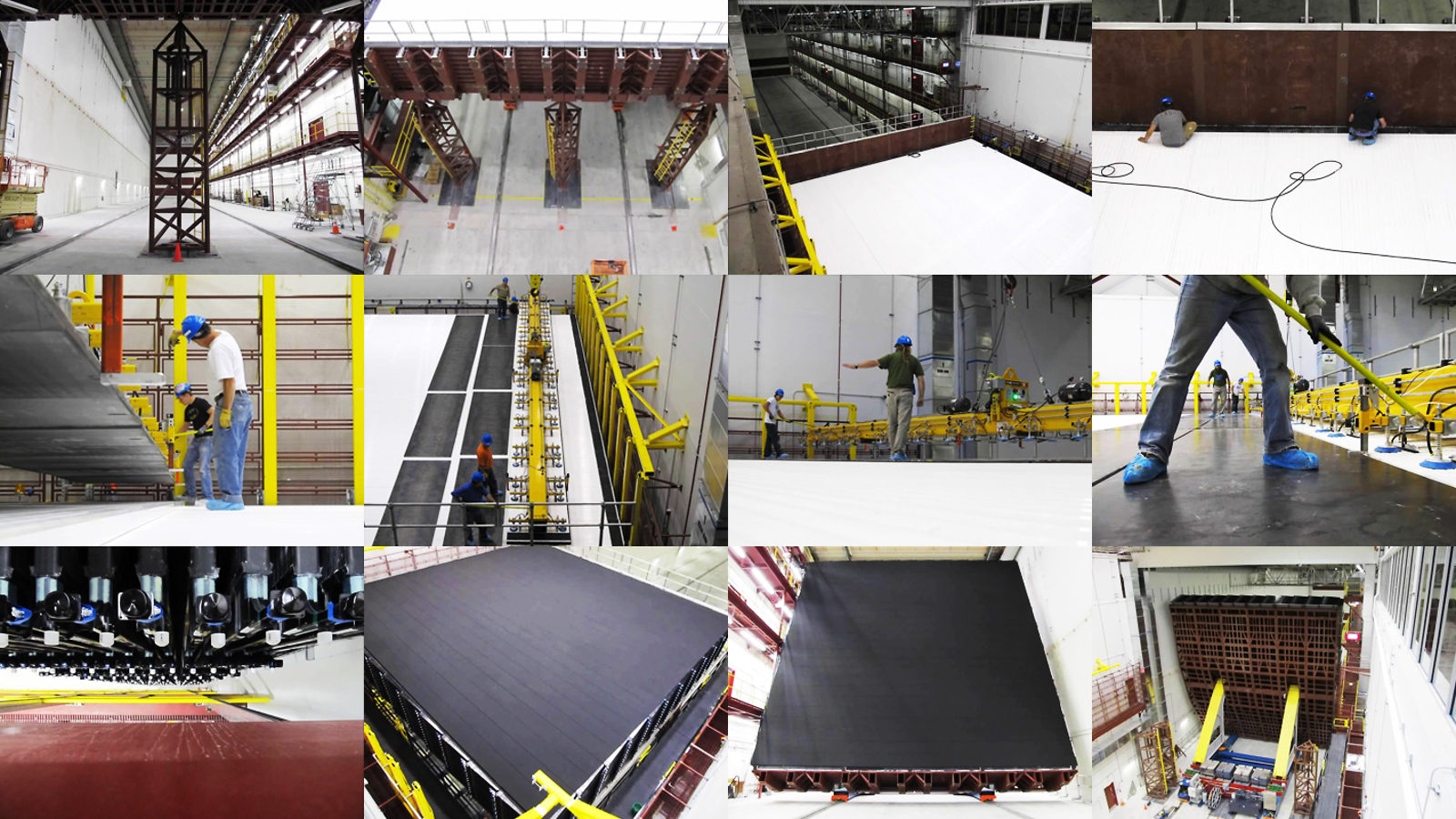 When it comes to designing an experiment that looks for the universe’s smallest particles, bigger is better. But when the experiment is so big that it spans multiple states, sometimes scientists need to find a way to keep everyone in the loop. That’s why the NOvA experiment is broadcasting real-time video showing the construction of its 14,000-ton neutrino detector.

“NOvA is a huge experiment,” says Fermilab physicist and NOvA deputy project manager Rick Tesarek. “The experiment is based at Fermilab, but the majority of the construction is taking place 500 miles away in rural Minnesota. People sometimes feel distanced from it, which is why we installed these cameras so that everyone can watch NOvA’s progress.”

When the NOvA experiment starts taking data in 2013, it will look for neutrino shape-shifting: specifically, the transformation of muon neutrinos into electron neutrinos. Neutrinos produced at Fermilab will pass through a 200-ton on-site detector, travel 500 miles through the earth, and eventually arrive at a 14,000-ton detector located in Ash River, Minn. Both detectors will measure the types and abundance to the neutrinos; if their measurements don’t match, the collaboration will have solid proof that neutrinos are transmuting into different types.

Cameras mounted at the Ash River construction site provide streaming video of the 15.6-meter-by-15.6-meter-by-61-meter detector being assembled and installed.

“These cameras give people a visual of what’s going on,” says project manager John Cooper. “We want people to know what’s happening.”

Close to the Canadian border, near an area known as the Boundary Waters, scientists are building an experiment to discover how neutrino masses stack up.

On Monday, Sept. 10, crews finished installing the first block of the 14-kiloton NOvA detector. What will the experiment do?