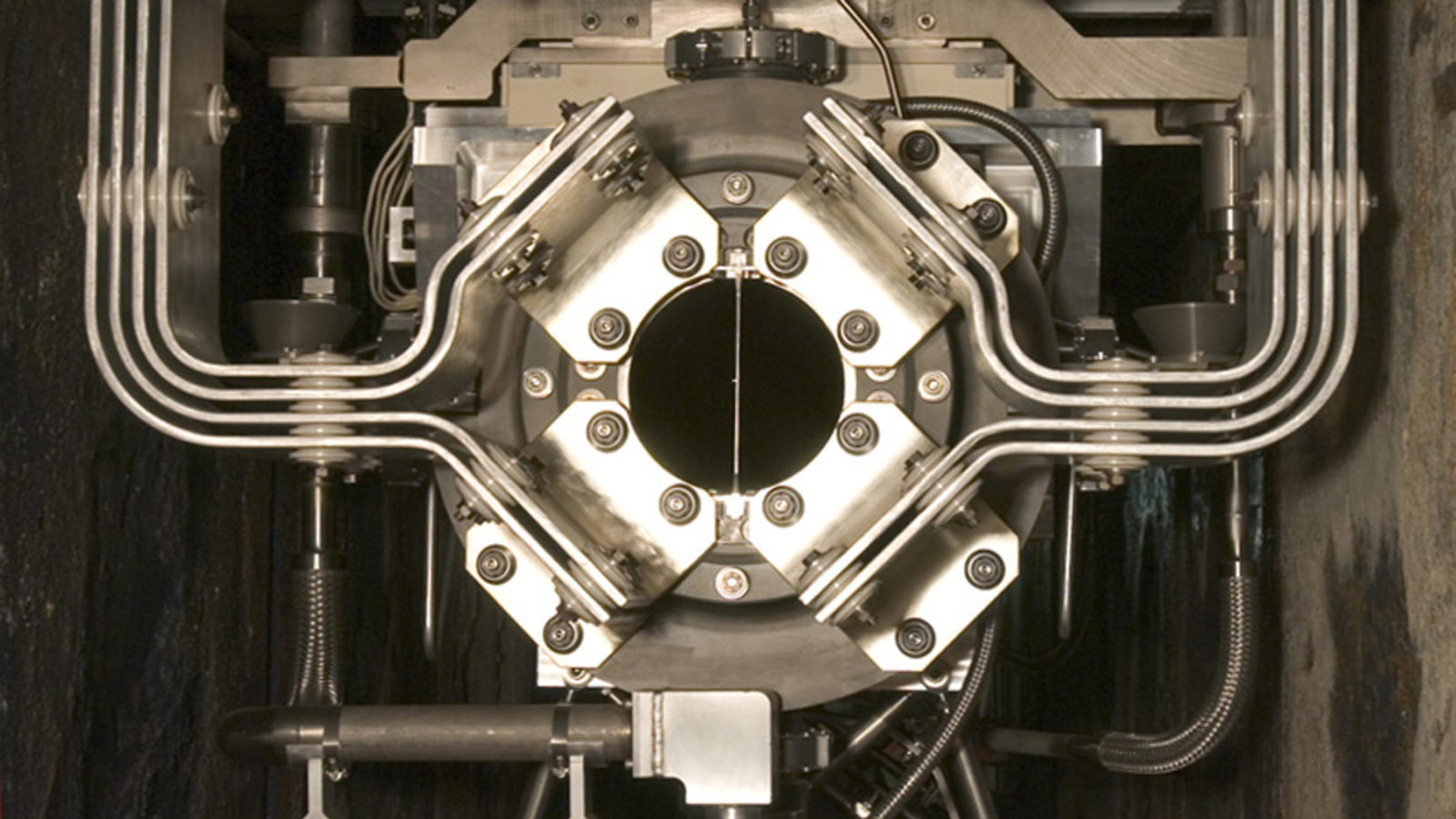 About 60 physicists met at Fermilab this past weekend to discuss an idea that might define the future of neutrino research. The scientists are interested in creating clean, precise beams of neutrinos by sending muons—the more massive cousins of electrons—to the racetrack.

Neutrinos are surprising little particles. They have mass, despite predictions to the contrary. They come in at least three types, called flavors, and they shift from flavor to flavor as they move.

Several experiments have hinted that another neutrino surprise may be in store: the existence of a fourth type of neutrino, a sterile neutrino. To search for it, scientists need to create the world’s cleanest, most precise neutrino beam, which they hope to do with a proposed project called nuSTORM.

“The technology to do this probably existed in some form 30 years ago,” says Fermilab physicist Alan Bross, who is leading the nuSTORM effort. “But it wouldn’t have been as powerful as we can make it today. Now a desire and an ability to make neutrino beams with higher precision and intensity have evolved.”

Scientists currently create beams of neutrinos by crashing protons into a target. Some of the particles that come out of these collisions are pions, which have an electric charge. Researchers use magnets (such as the NuMI focusing horn, pictured above) to steer these particles into one line until they decay into neutral neutrinos, which can no longer be controlled with magnetic forces and continue moving in a straight line.

The idea now on the table is to make a beam of neutrinos coming from decays of a different type of particle: the muon.

With nuSTORM (proposed layout on the map below), scientists would create beams of neutrinos by steering muons around a racetrack-shaped ring with long, straight sides (labeled "Muon Decay Ring" below). The majority of the neutrinos coming from muon decays would be catapulted in a straight line in one direction or the other. 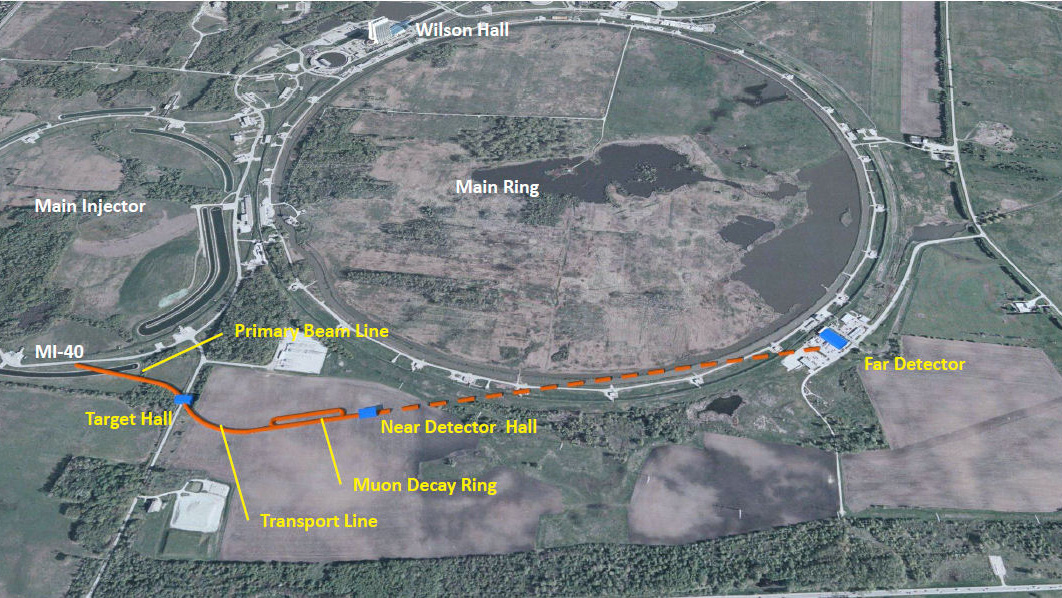 This is important because evidence for the existence of a fourth type would come from neutrinos oscillating faster than expected, at short distances from their sources.

Beyond the science motivation, the proposed experiment would also function as the first steps toward developing a larger neutrino factory or a muon collider, both ideas scientists have proposed as future projects at Fermilab.

According to a rough first estimate, the project would cost about $130 million, with more than 40 percent of the price coming from the large magnets needed to steer heavy muons.

This month, physicists at the European Strategy Meeting in Krakow said they were impressed with nuSTORM. In June, the Fermilab Physics Advisory Committee and Fermilab Director Pier Oddone also responded favorably to the idea.

Members of nuSTORM plan to present a full proposal for the project in June 2013.

Neutrinos zip straight through the Earth, while rarely leaving a trace. Yet these particles may hold answers to many of the key questions of 21st century particle physics.