A new generation of computer scientists is applying unique skills learned in particle physics to tough problems in industry, working on everything from high-efficiency light bulbs to Internet search engines.

In particle physics, cutting-edge computing is a way of life. Studying the universe at the smallest scale requires some of the largest data sets in the world, and particle physicists must often build their own solutions to computing challenges because no commercial solutions exist.

As a result, particle physicists who leave academia or national laboratories often find their skills highly valued in the computing industry. There, they are appreciated for their experience applying computing skills to real world problems, their capability for working in large collaborations and their ability to adapt.

While studying particle astrophysics for her master’s degree, Malina Kirn fell in love with data. It became her favorite tool for answering big questions. Kirn went on to spend five years working on the Large Hadron Collider’s CMS experiment, earning a PhD in scientific computation and delving into one of the largest data sets in existence. For her thesis, Kirn studied the frequency at which top quarks are produced by the LHC, using a technique called machine learning, which teaches a computer system to separate the desired data from unwanted noise. Kirn also worked on grid computing, a system that distributes data and data analysis systems to storage centers around the world, making the massive volume of data produced by a particle physics experiment more manageable. 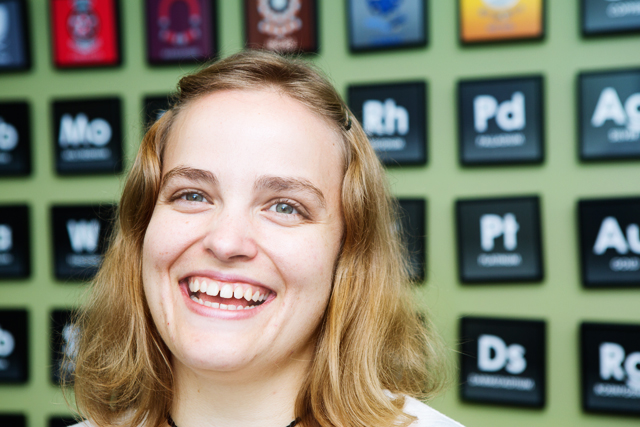 Two weeks after graduation, while most of her peers prepared for post-doctoral positions, Kirn began her new job as an embedded analyst with Palantir Technologies, a company in California’s Silicon Valley. Palantir builds data integration and analysis software for companies and organizations that find themselves with a digital-age problem: massive amounts of information and no internal means to handle it.

In this role, Kirn recently worked with the National Center for Missing and Exploited Children, which provides a detailed database on missing children for parents and police.

“We’re going after some really difficult things; these are missing kids,” says Kirn. “We’re figuring out how to answer interesting and important questions with data.”

Kirn directly credits her time in particle physics with giving her the technical knowledge and experience to prepare her for her current role. She says her computing work taught her how to properly treat data and, quite simply, “how to get a computer to do what the heck you want it to do.”

Ari Gesher, a senior software engineer at Palantir who also recruits new employees, says it is not the specific computing skills that Palantir values in its employees, but hands-on experience building systems to solve problems—and Palantir is tackling some very big problems. According to Gesher, Palantir's software is used to solve problems ranging from food-borne illness to fraud in mortgage lending and online financial transactions.

“All of these problems, left unchecked, have a huge negative impact on the economy,” says Gesher.

Computing was a part of particle physics long before it became part of most people’s everyday lives. Jon Streets earned his PhD in particle physics in 1985 from the University of Birmingham in the United Kingdom, where he worked on the UA1 experiment at CERN. Streets moved to the United States for a post-doctoral position based at Fermi National Accelerator Laboratory, where he eventually earned a full-time position in the computing division. 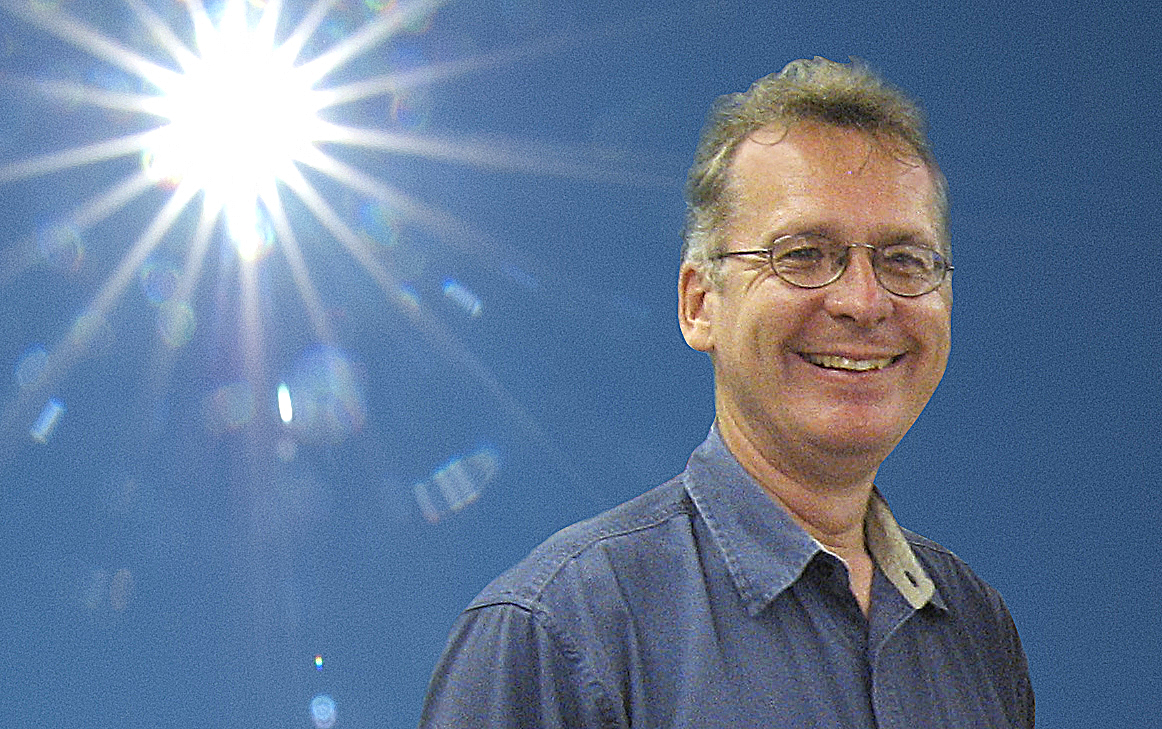 For AccuStrata to help improve energy-saving technologies, it needs employees like Streets with experience in both computing and physics.

“We’re not really interested in computers or how they work or why they do what they do,” says Streets. “The job is really about thin films. The software side is just a tool.”

And while many people trained in computer science may posses the tools of computer science or software engineering, former physicists like Streets and Kirn have real world experience putting those tools to use.

At Fermilab, Streets assisted in a large data-acquisition project to create software that could be used by multiple experiments across the lab. This meant collaborating with a large group of computer scientists and engineers—something particle physicists working in large collaborations are familiar with.

Streets says that kind of collaborative experience is often missing from more traditional computer science training—which is one reason why particle physicists are so valuable.

“You’ve got to learn how to interface with different people. You have to divvy up jobs. You have to plan ahead. You have to design the code first and then write it,” says Streets. “All those sort of rules are identical in high energy physics and in industry.”

Google is undoubtedly one of the highest-impact companies in history. The Silicon Valley giant is attempting to create the largest digital book resource in the world, and the Google search engine fields more than 4 billion searches per day. According to the company’s most recent economic impact report, in 2011 Google generated a total of $80 billion in economic activity for American businesses, website publishers and non-profits. 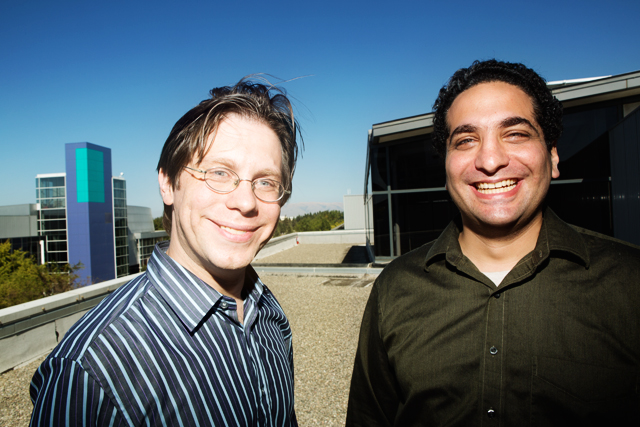 There are more than 34,000 Google employees worldwide, and a few hundred of them are trained in physics. That’s according to an unofficial survey conducted by Google software manager Bahman Rabii, himself a former physicist. Rabii says about half of Google’s employees are on the engineering side; of those, Rabii estimates that about 500 to 600 have training in physics and 100 or more have physics PhDs.

“Google hires people when we feel they will make Google better and more successful,” says Rabii. “We have hired physicists—many of them, including myself, with research backgrounds in the national labs—who have gone on to contribute strongly to Google.”

Yonatan Zunger is one such person. Zunger came to Google in 2003 after earning his PhD in physics from Stanford University, where he studied string theory and worked closely with the particle physics group at SLAC National Accelerator Laboratory.

Over the past nine years, Zunger has established himself as a leader at Google. He began his career working on problems central to Google’s search engine infrastructure, then its storage systems, and now its social products. He manages and oversees large groups of people and is involved in hiring new employees.

If physicists moving into the computing industry need a cheerleader, they will find one in Zunger. Like Kirn and Streets, he says his physics training gave him invaluable skills that he still uses to this day and shares with colleagues from different backgrounds.

Zunger goes so far as to say that physicists are better prepared than computer scientists for some aspects of the engineering jobs at Google: While the latter may have more technical computer knowledge, physicists are better at handling problems that fall outside their area of expertise. That comes in handy at an innovative company that is frequently pursuing unexplored territory.

“Physics gives you an amazing ability to think quantitatively. It gives you an ability to look at data in a way that very, very few other disciplines ever give you,” says Zunger. In addition, he cites the practical skills particle physicists learn, like managing complex projects and teams of people. In short, he says, “I think physicists who come out into other fields are actually better prepared than almost anybody else.”

With practical computing skills and experience applying them to some of the world’s most challenging problems, computer scientists trained in particle physics are making a difference in the computing industry. As computing becomes ever more important to the private sector—and to life in general—this resource is helping to strengthen a valuable part of the American economy and keep it competitive in the global marketplace. Former particle physicists who once studied the universe’s smallest building blocks are prepared to take on some of the world’s biggest challenges.

Working outside the accelerator

A PhD in particle physics can be a stepping stone to a career outside physics research.