The Department of Energy has given its first stage of approval for plans for the United States to participate in detector upgrades at the Large Hadron Collider. 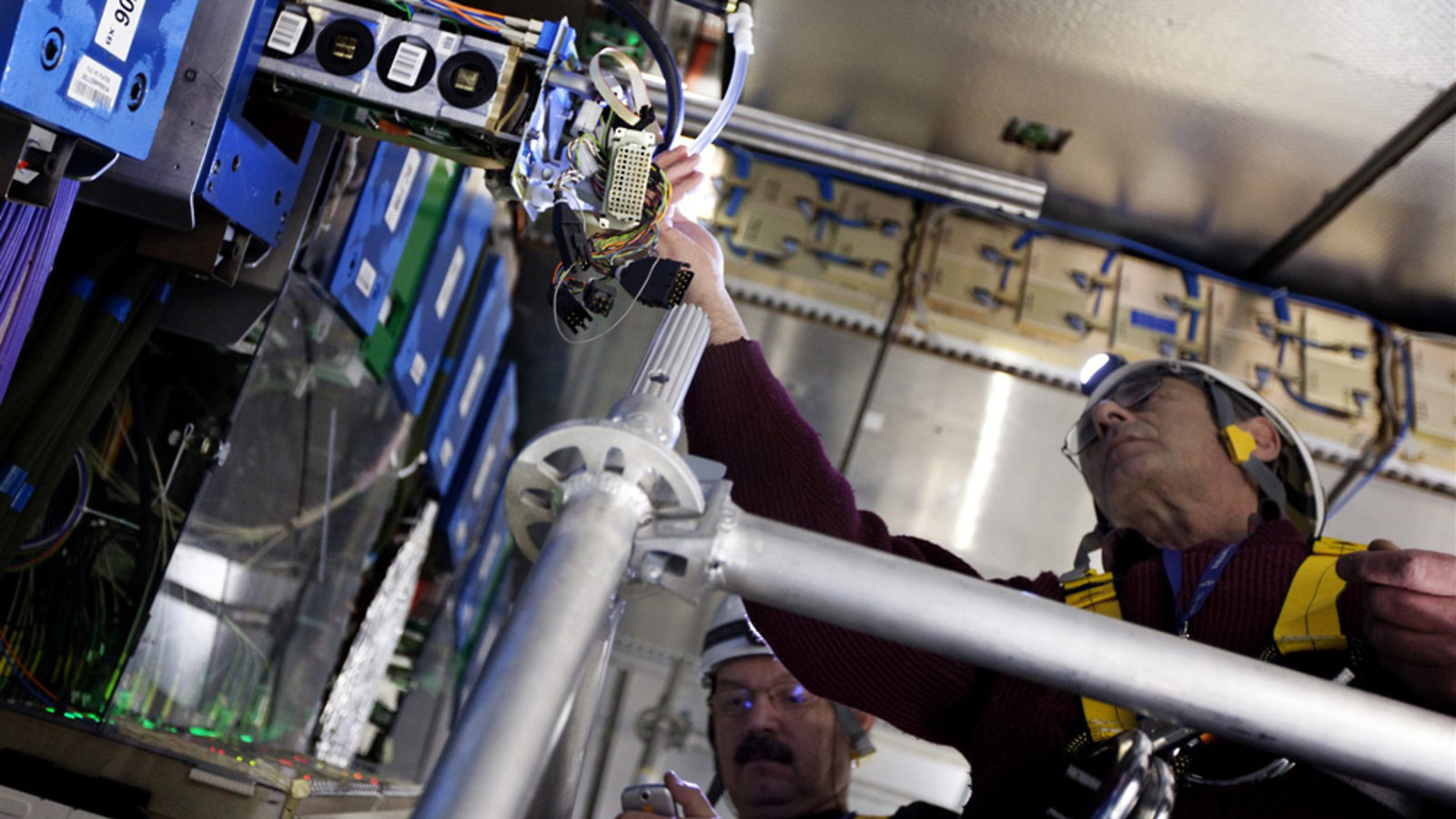 The US Department of Energy recently expressed support for continued US involvement in work on the CMS and ATLAS detectors at the Large Hadron Collider.

On Sept. 18, DOE gave their first stage of approval, Critical Decision-0, to plans for DOE-funded scientists from the United States to participate in upgrades to both detectors scheduled to be completed by 2018. DOE gives CD-0 approval to projects that meet their mission need and that are judged to have worthy scientific goals.

“This is a big vote of confidence in the LHC program from the US,” says Fermilab physicist Joel Butler, the operations program manager for US CMS. “With CD-0, DOE acknowledges that upgrading the detectors is part of [DOE’s] mission.”

Reaching the next step of the DOE approval process will require the teams to submit detailed reports with estimated costs and schedules for fabrication of detector components and labor. US CMS and US ATLAS will submit proposals for the upgrade project to another funding agency, the National Science Foundation, by the end of 2012. If both DOE and NSF approve the project, a joint group will oversee management.

“Now we need to work to fit our goals into a funding profile that makes sense,” says Brookhaven National Laboratory physicist Howard Gordon, former US ATLAS deputy operations program manager. “There has to be tight coordination on this from DOE, NSF and our own groups.”

The LHC has two planned long accelerator shutdowns coming up: one next year and the other in 2018. The United States will install upgrades and improvements to the detectors during these shutdowns.

US ATLAS scientists intend to upgrade the ATLAS detector’s muon detection system and the calorimeter trigger, as well as the trigger/data acquisition system. They also plan to add hardware to measure forward physics.

“US groups have made significant contributions to this upgrade,” Gordon says. “There was a lot of R&D funded by the US ATLAS operations program to get to this point, and it was a productive investment.”

The CMS collaboration plans to upgrade the forward pixel detector, the hadron calorimeter and parts of the trigger to deal with a higher luminosity, or higher concentration of particles per beam.

“The detector works well now, but it was designed almost 15 years ago for a luminosity that was considered ambitious then,” Butler says. “The LHC is clearly going to exceed the design luminosity by quite a lot. We want to keep the detector performance just as good as it is today, or even make it better.”

Three years of research and development led to this point for the US CMS and US ATLAS collaborations, but both Butler and Gordon said they are hopeful that their collaborations will move to the next step of the approval process, CD-1, within the next six or seven months.